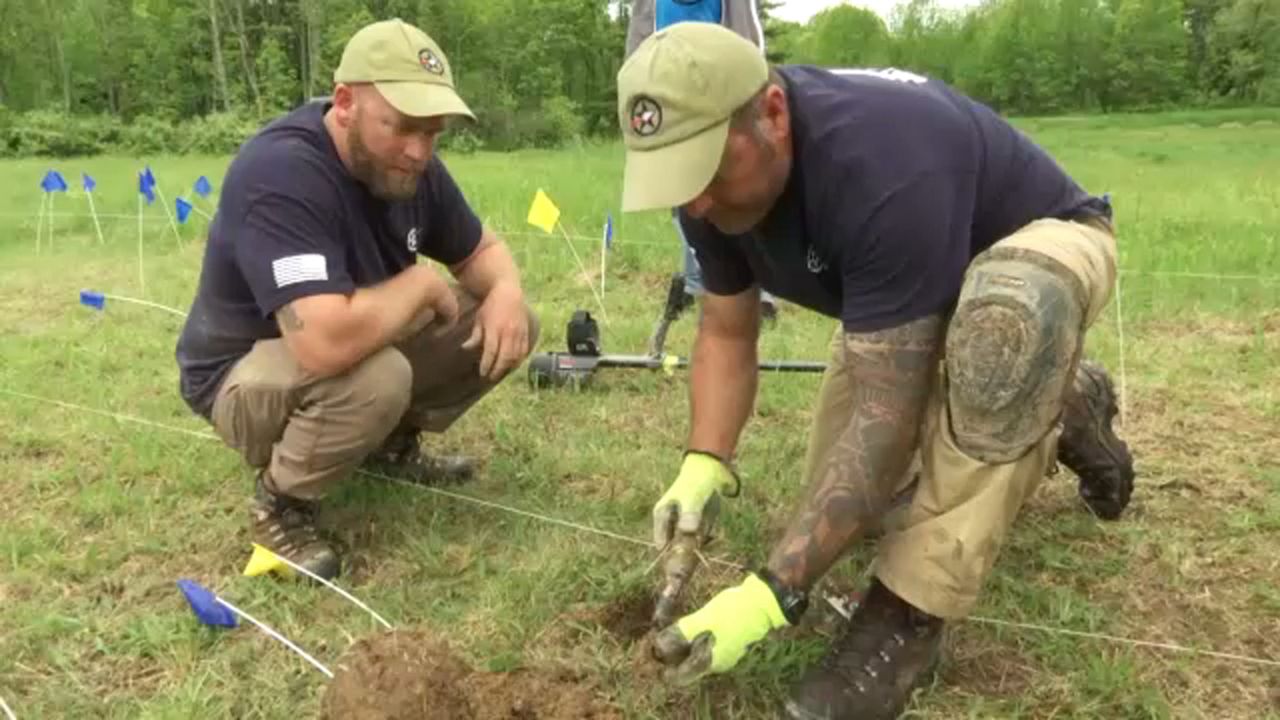 Stories of battles fought centuries ago are exactly what Thomas Wyatt is hoping to uncover at the Saratoga National Battlefield.

"If you pick up a musket ball or cannon shot, it is amazing to find those things and wonder what is the story behind it?" Wyatt, who lives in San Antonio, said. "Was it a 15-year-old kid who joined the revolution and was so scared when he went out to the field of battle, did he drop it or did he live through the revolution?"

About four years removed from his own Army career, Wyatt is one of more than 30 disabled combat veterans taking part in a month-long archaeological dig at the historic Revolutionary War site.

"It has been amazing,” Wyatt said Wednesday morning. “The people who fought on this battlefield here in Saratoga, they were our brothers in arms, brothers, and sisters."

"I actually found a musket ball and the first thing I thought of was wow, I can’t imagine carrying this heavy thing, a large number of these in my pack," said U.S. Army veteran Zeth Lujan.

In partnership with the National Park Service, the dig is run by the non-profit American Veterans Archaeological Recovery (AVAR).

"We are a program that takes veterans, wounded warriors, active-duty, if you have a disability, or if you don’t have a disability," said Nichol Fuentes, a U.S. Marine Corps veteran and AVAR’s chief operating officer.

By creating teams and assigning the vets a mission, the digs both preserve history and mimic the camaraderie vets experienced during their military service.

"We all share different stories but the similarity is we all served, we are that one percent that decided to join, volunteer, and support our nation," Fuentes said.

The exercise is also designed to help veterans cope with challenges like PTSD.

"Archaeology is not curing cancer or anything like that anytime soon, but it could help people therapeutically and help let people know there is still some fight left in them," Lujan said.

For Wyatt, the bond is felt with both them, men, and women in the field with him this month, and those who fought here many years ago.

“Their story has been told for so long but we have the ability, veterans ourselves, to retell their story,” Wyatt said.

After their field work is completed, the veterans will spend the next two weeks analyzing and cataloging the artifacts in a lab, and adding them to a digital map.