NEWPORT BEACH, Calif. - It’s muddy work but someone’s got to do it...

And for Katie Nichols of Orange County Coastkeeper, this project has been two years in the making.

She, along with students and professors from Cal State Fullerton and Cal State Long Beach are restoring oyster populations in Upper Newport Bay.

“They really like to settle on the shells of other oysters so you can see they kind of build on top of each other and create what we call an oyster bed,” said Nichols.

Today the project is measuring how much of a difference they’ve made, and it’s a detailed process. Down to the millimeter, 49 points show exactly what‘s living there today.

And while you might not be able to differentiate these beds from the mudflats they’re embedded in, oysters and the eelgrass installed here are critical to the health of the coastline, creating an abundance of fish and and even reducing the impact of sea level rise.

“They provide a habitat for a lot of other organisms, so fish other invertebrates, birds they can all use that oyster bed as a habitat, as a home,” said Nichols.

These are Olympia oysters, one of the few species native to the West Coast. But oyster populations have been decimated across the U.S. in the last century, with 85 percent of oyster reefs lost. 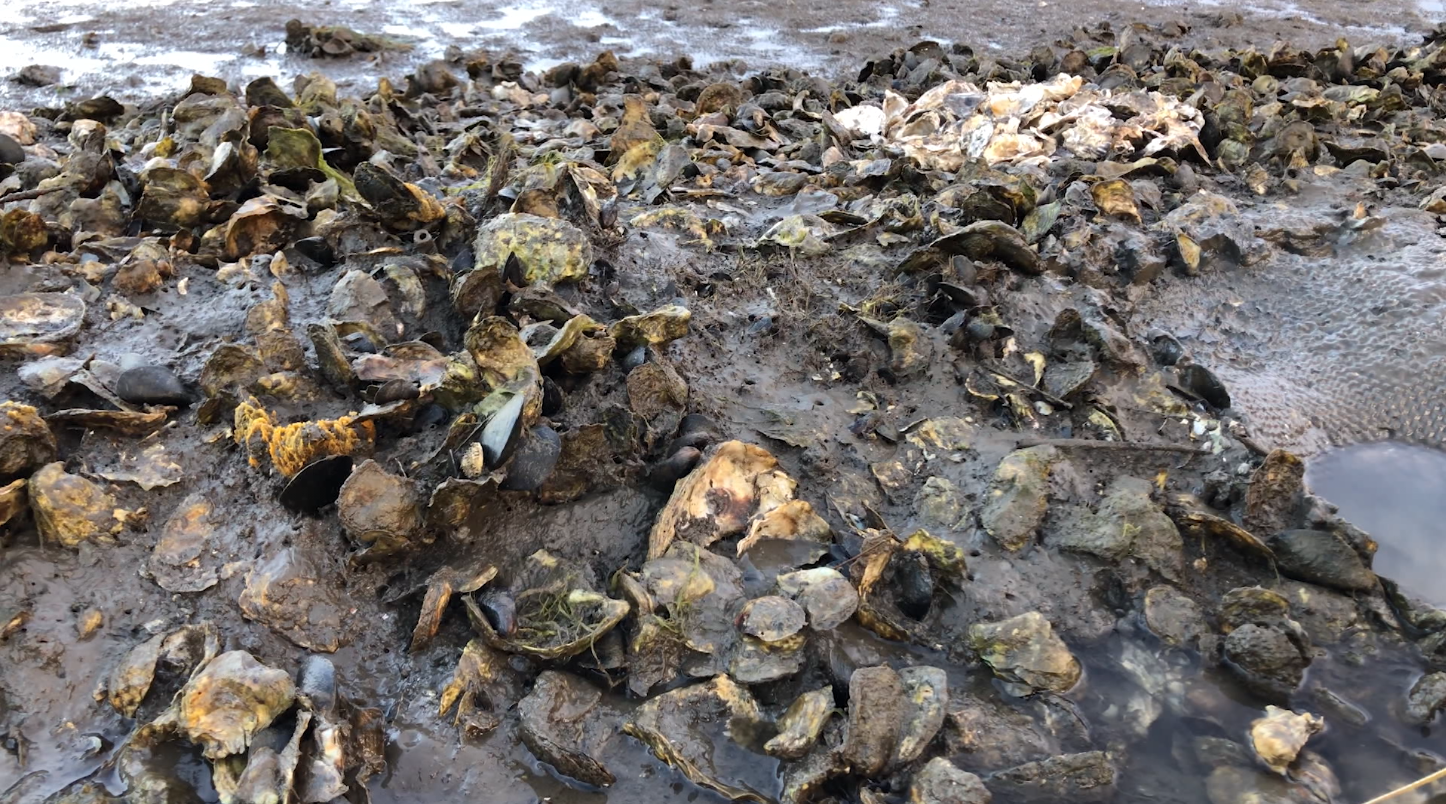 “We’ve over harvested many of the oyster reefs in different parts of the world. The other part is coastal development, dredging and in-filling. Those things have led to declines in oyster habitat worldwide,” said Cal State University Fullerton Professor of biological sciences Danielle Zacherl.

The project can only take these samplings once a month at the lowest tide, but the oysters are forming a complex habitat --doing the work underneath the surface non-stop.

“And so not only are they important for shoreline protection benefits, but also for the ecological community in promoting a stabilized, beneficial habitat and shoreline,” said Nichols.

In many ways, oysters themselves are the pearls of the ocean.

For more information on the project visit: coastkeeper.org/restoration