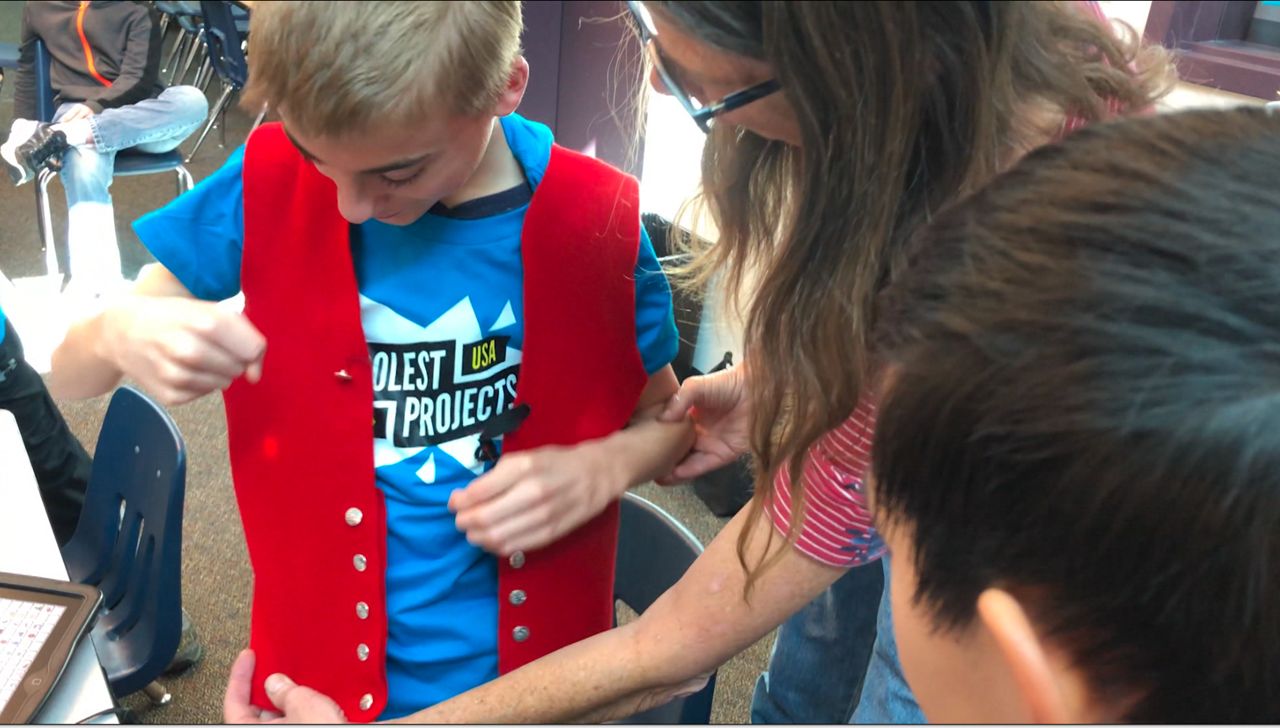 BREA, Calif. -- What would you do for a friend?

Well it’s hard to imagine that fifth graders could invent a piece wearable technology but that’s exactly what these Olinda Elementary School kids have done.

“When you touch the ground and then touch a button, it basically makes the noise and that’s how you can talk,” said Sarah, a fifth grader at Olinda.

This talking vest says a number of phrases.

But as impressive as the technology inside this vest is, the reason for designing it is just as important.

Justin Spielman is non-verbal and has to use a tablet to communicate with his parents and friends.

He loves playing soccer, and when these kids found out about Justin through their teacher, they wanted to help.

They set out to create a wearable vest so that when Justin couldn’t have his tablet out on the field, he could still tell everyone what was on his mind.

“You are not working today,” said Justin speaking through his tablet.

The team went through several prototypes, often working through recess and on weekends, before getting it right. Now they have a vest that says a different phrase for every button.

Why is it red? Well, that’s easy: Red is Justin’s favorite color.

In an educational world where science, technology, engineering, and math are stressed, what these kids are proving is that learning is just as much about being smart and innovating the world as it is about being a good person.

A friend is a friend indeed.