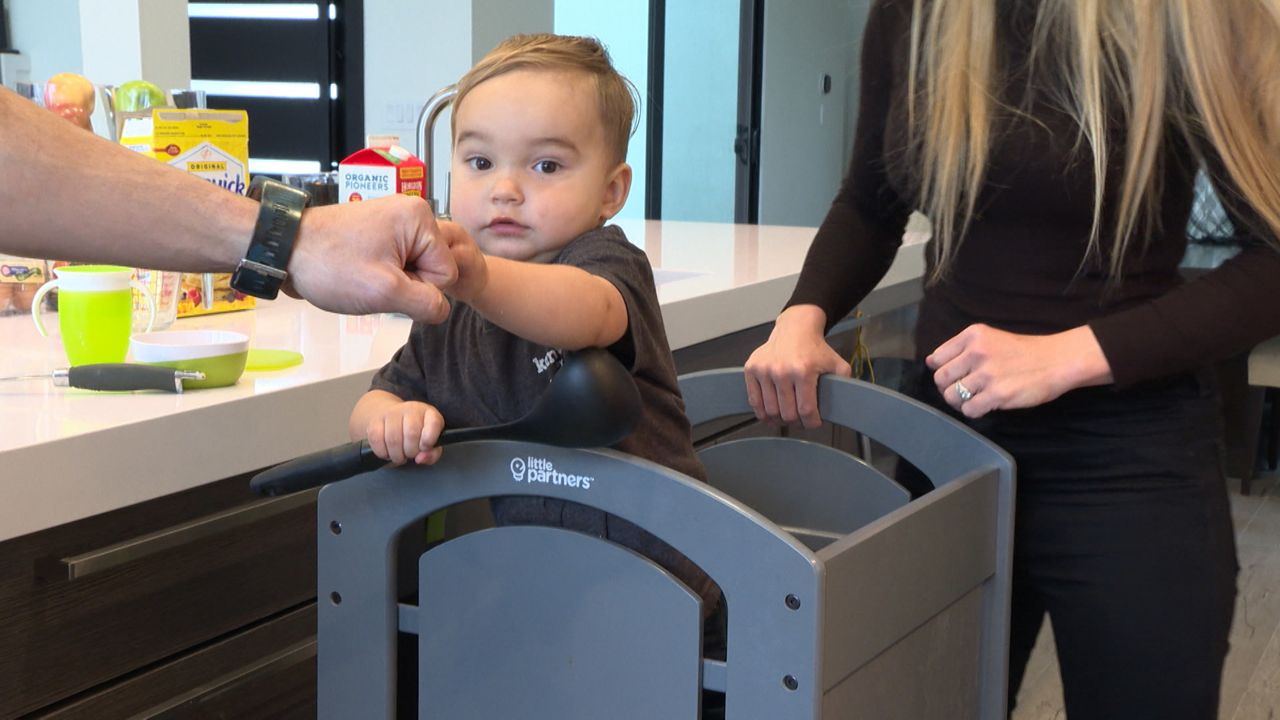 SEAL BEACH, Calif. - Couples say starting a family takes some planning. But for one Seal Beach family, it's taken some extra planning and some testing in order to make sure they had a healthy baby.

“We call him our miracle baby,” said Ryan Tulay.

Initially, the Tulay’s didn’t think they could have a baby.

“We had a couple miscarriages and ended up going the fertility route. And doing IVF (in vitro fertilization),” said Ryan.

The couple turned to Dr. Jane Frederick in Newport Beach. The first step was to figure out whether any of the partners’ genes include genetic diseases.

“Many times, people don’t know that they are carriers for diseases like Fragile X,” said Dr. Frederick.

Kelly Tulay didn’t know she was a carrier for Fragile X syndrome, a disease that can cause mild to severe developmental disabilities.

Kelly has learned, “It can also lead to more miscarriages. So that might have contributed to why we had a couple.”

Dr. Frederick created what’s called a probe – a genetic imprint of the Fragile x disease. “This marker can actually tell me if the chromosomes in that cell are effected by the specific disease state,” she said.

Out of the couple’s embryos, Kelly said, “We tested 23 and came back with nine that did not have the Fragile X gene and he (Kade) was one of them.”

Since that time Kelly found out she also has the BRCA gene – the breast cancer gene. They tested Kade to see if he is a carrier.

The results were negative.

“So he really is a miracle, and we got really lucky, “ she said laughing as Kade tossed blackberries on the floor. “Apparently he doesn’t like blackberries.”

But Kade's dislike of blackberries isn’t a trait that would be revealed through the genetic testing that helped the Tulay’s have a healthy baby.

Dr. Frederick says her patients will often ask, “’Gee, can you pick out the height, eye color, and the hair color, and the IQ?’  I reassure patients that all I can test for is genetic diseases.”

The doctor says that’s the only control she has in reproduction. It’s a role that some people criticize should be left to God or a higher being.

“You know, I’m using technology that we have today to benefit that patient to have a more successful pregnancy,” said Dr. Frederick.

“I definitely heard playing god being thrown quite a bit at us,” said Kelly.

She said without genetic testing she may have never fulfilled a life-long dream of being a mom.

“God created the doctors that can help people that can’t do it on their own.”

It’s help the Tulays say they plan to use again. The couple will soon start the process again to have a second child, a sibling for Kade to maybe pass his unwanted blackberries to.