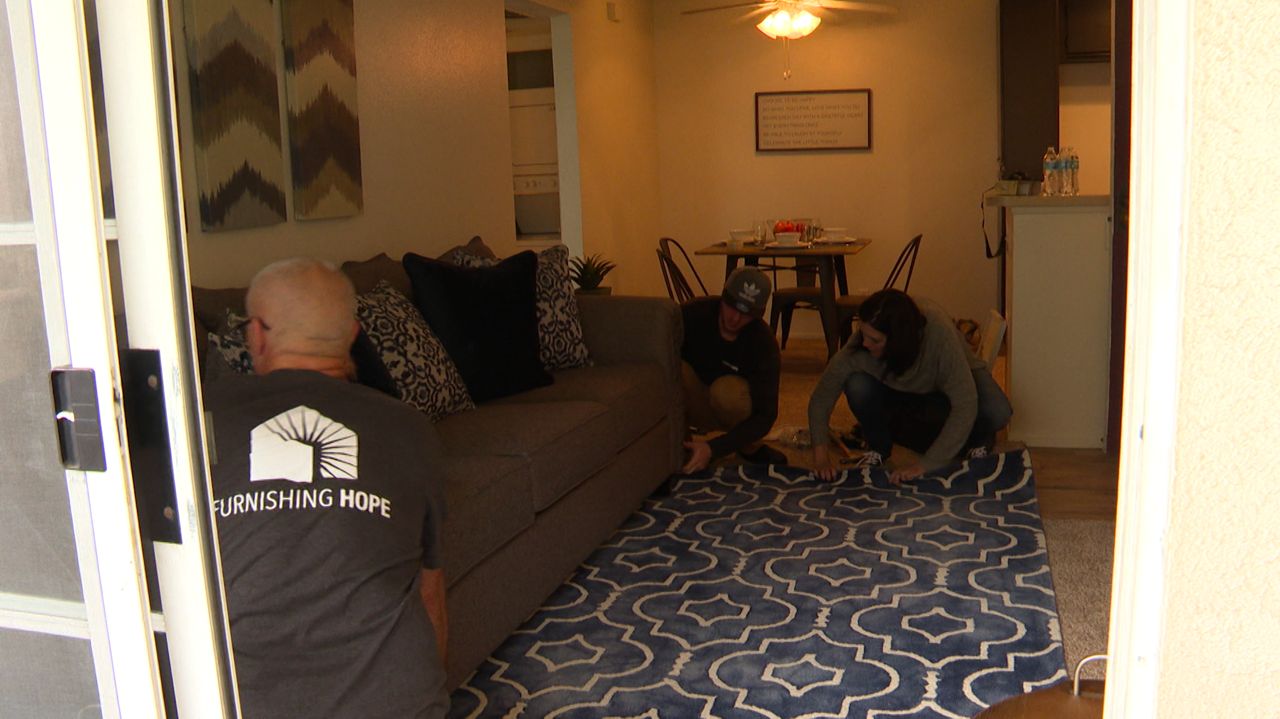 LOS ANGELES, CA – Brain surgery and divorce are just two of the things 53-year-old Mimi has gone through in her adult years.

This past week, Mimi started her new life by renting her very first apartment with help from case workers at Grandma’s House of Hope, a place she considers to be her safe house. GHH is a non-profit charity that aims to empower women in Orange County.

“I have my freedom. These are keys to my apartment that I just got and it’s amazing,” said Mimi, a mother of two.

Mimi underwent brain surgery when she was 27-years-old and is still living with the effects. She has trouble remembering things, experiences anxiety when driving a car, and often gets lost.

Mimi says she hasn’t been able to work since her surgery, which made her dependent on her husband. Her life took another unexpected turn four years ago when her previous marriage ended in divorce.

“He cut off all my financial and threw me to the curb. I had nowhere to go,” said Mimi.

She credits Grandma’s House of Hope for saving her life and helping her find a new place to live independently. However, reality sank in after Mimi had little left in her budget to fill her apartment with furniture. That is when GHH helped Mimi apply for Furnishing Hope.

Furnishing Hope has helped more than 616 families live more comfortably after moving into an independent living situation by furnishing their homes. It is the organizations’ goal to break the cycle of homelessness.

“It was my mother that started the organization in 2004. I started out as a volunteer and went along to help on most of her projects. In 2012 I joined the team full time. I love the creativity. Being able to help people and be creative is a dream come true. This program of helping single parents leaving shelters is especially meaningful to me. I wake up every morning and am excited to give families a fresh start,” said Robyn Phillips, program director at Furnishing Hope.

Phillips and her team looked carefully at Mimi’s application and tried their best to implement the colors and styles that she and her two children liked. Within three hours, Furnishing Hope and its volunteers completely transformed Mimi’s empty apartment into a cozy home.

“When you’re struggling, you sometimes lose faith and this kind of restores my faith in human nature,” said Mimi.

She hopes her story will inspire others who are suffering, to reach out and get help to get a chance at a new life.

More information about Grandma’s House of Hope and Furnishing Hope.