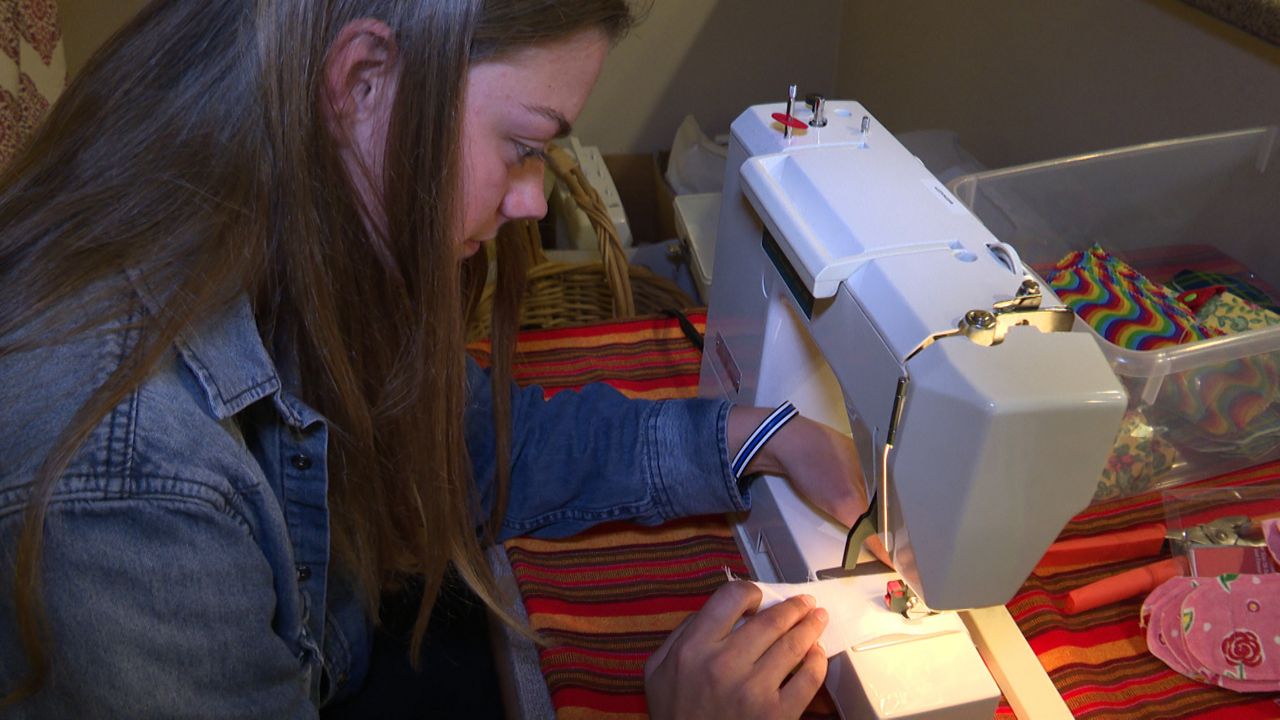 ORANGE COUNTY, Calif. — Jessie Ridgeway never had a sister, but that all changed when she took a family trip to Africa three years ago. After a long day of school and lacrosse practice, Jessie thought about someone on the other side of the world who doesn’t have that luxury.

“There was this one girl at the orphanage that asked me to be her sister. It’s just heartbreaking that they don’t have the stuff we take for granted,” she said.

She’s talking about little Analise and how hard it is for her to get an education.

“Just going to school, people in America complain, and people in Africa want to go to school, but they cant because they’re forced to get married at age 15,” she said.

It’s a problem Jessie learned about while visiting an orphanage on her family trip. She leearned young girls can't afford feminine hygiene products, so they’re forced to drop out of school, and then have no other option in life but to become a child bride.

“Soap, five reusable pads, two underwear, and two gallons to wash them in, all in a backpack,” she said.

Jessie's parents help her, her friend Maddie too, along with people she doesn’t even know.

“I take donations for backpacks, washcloths, and sewing. I have people sewing in Colorado, Utah,” she said.

Jessie’s also accepting monetary donations, to help with her flight back to Africa this summer. She's going back to Kenya to give the girls the pads.

“My end result is that girls in Kenya will learn how to make them by themselves,” she said.

She may not have a sister in Orange County, but she has many in Africa.

You can find more information at AfricanSisterhood.org and their Instagram page, @African_Sisterhood.