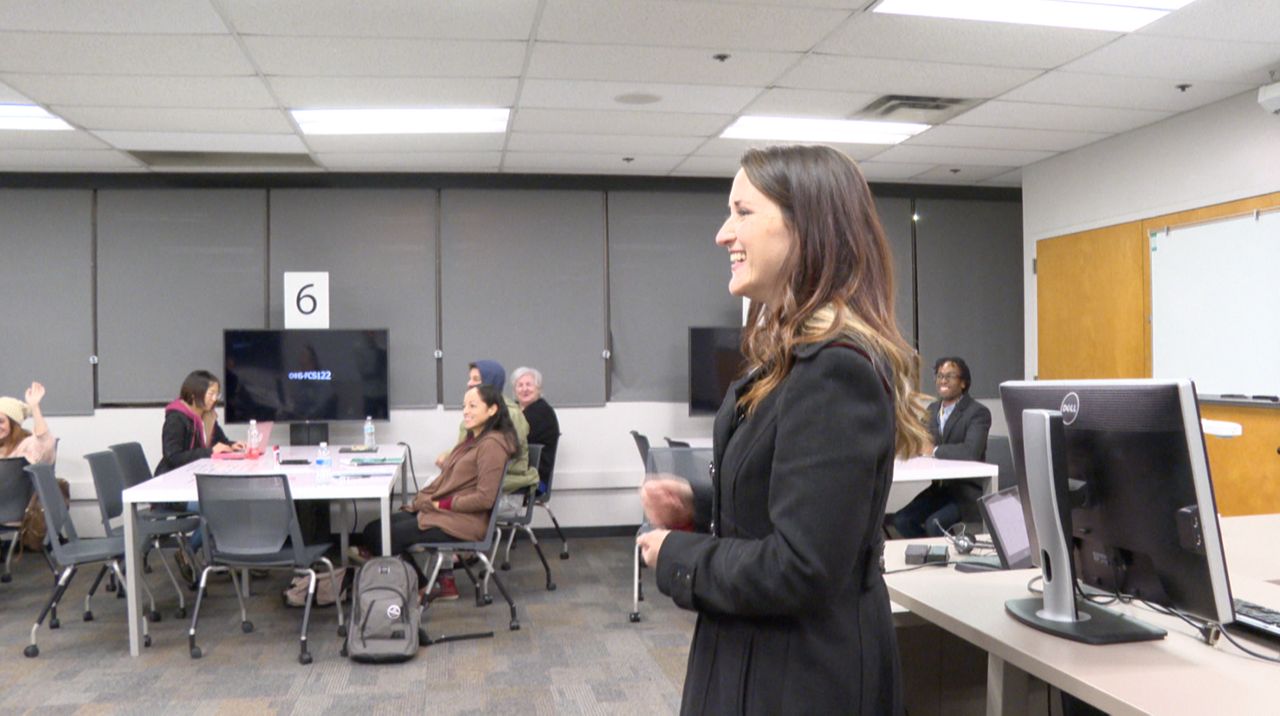 Class Uses The Golden Girls to Teach Lessons About Aging

America’s population is getting older, but getting people interested in studying aging isn’t easy.

One California State University Long Beach professor has a pretty golden gimmick to get more people interest in the field.

Professor Maria Claver helps teach a 400 level course about women and aging with Dr. Long Wang, an assistant professor of nutrition and dietetics. Undergraduates and graduate students take the class.

Every week they see a different episode of the beloved 1980s sitcom, The Golden Girls.

Over the semester they’ll talk about things like chronic illness, caregiving, and HIV.

Claver picked The Golden Girls because it bucks stereotypes and brings humor to serious things.

Claver’s life’s path started with her great grandfather Joe. She helped care for him in his final days, which pushed her into the field of aging.

Later, as a super fan of The Golden Girls, Claver got diverse examples of getting older as well as an understanding of the specific needs of older adults.

Incorporating a popular show into her teaching has surprised a few people.

“I probably assumed that Golden Girls would have aging stereotypes in it, so that might have been a reason I tried to avoid it, but I didn’t even realize that they were as progressive as they were,” said Sarah Olson, one of almost 20 students in the class.

Gerontology— the study of aging— isn’t the most popular program at CSULB. At the same time, Claver says by 2030 twenty percent of the U.S. population will be over 65. She thinks there are not nearly enough gerontologists to keep up with this demographic shift.

The definition of gerontology might make you think it’s only about older adults.

“I like being a gerontologist, because I work with a lot of younger people helping them understand how to make choices now that will help them live the kind of life they want when they’re 80. You want to keep boogie boarding at 80? Alright let’s give you some lifestyle choices,“ said Claver.