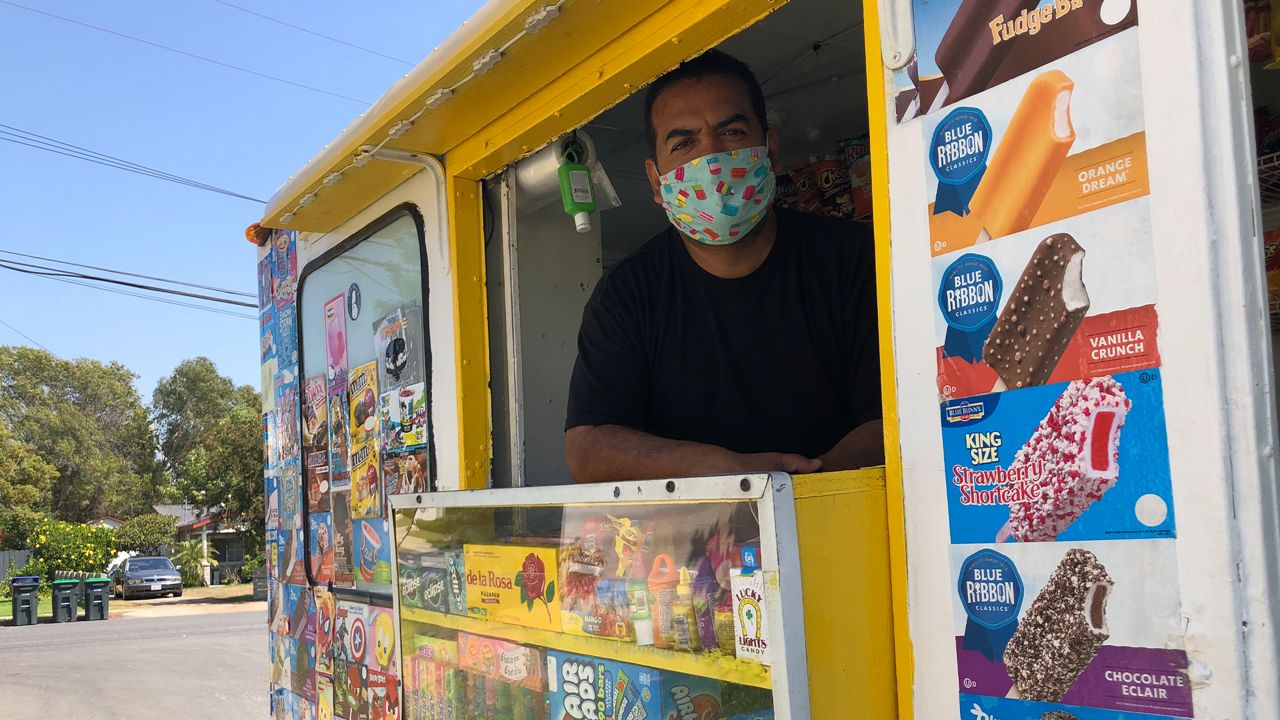 TUSTIN, Calif. – Whether you’re looking for a Tweety Bird, SpongeBob or Spider-Man, Tustin neighborhood ice cream man José Ortega has just what you're looking for.

Every day, he visits a different Tustin neighborhood, but all his regulars know him, and he does it for his favorite part of the job... seeing his customers smile.

But in mid-August everything took an unexpected turn for the worse. At just 44 years old, Ortega began feeling a pain in his chest that wouldn’t go away. It turns out that he was having a heart attack. His sister had to take him to the hospital.

On Fridays, Ortega typically visits Mike and Allison Hatcher’s street. With three next-door neighbors and a combined 10 kids under, 10-and-under, business is booming on the Hatcher's block.

But when Ortega showed up six days after his heart attack and his sister was driving, they knew something was wrong. And when he told them what happened, Mike asked him why he wasn’t home resting.

“And I asked him why he was here and he said it was because he didn’t want to disappoint our kids. And I think that just kind of illustrates the person he is. He’s just salt of the earth and just such generosity of heart,” said Mike.

The Hatchers felt they had to do something. They started a GoFundMe, and along with the help of their next-door neighbors, the community that Ortega has poured his heart and soul into, opened its wallets and its hearts to him.

In just four days, 185 different donors had raised over $10,000 for him. Being without insurance, Ortega might not have been able to pay the medical bills he incurred.

And when it was time to tell him the good news, the community that he’s never failed to show up for, showed up for him.

“I almost get another heart attack... I start crying, and my heart is ‘bumping, bumping bumping’ like really, really excited emotionally. I start crying. I never thought those people would raise money for me,” Ortega said.

Now he can keep making stops, scooping up just the right flavor, and most importantly, putting smiles on all the faces that hear him coming. 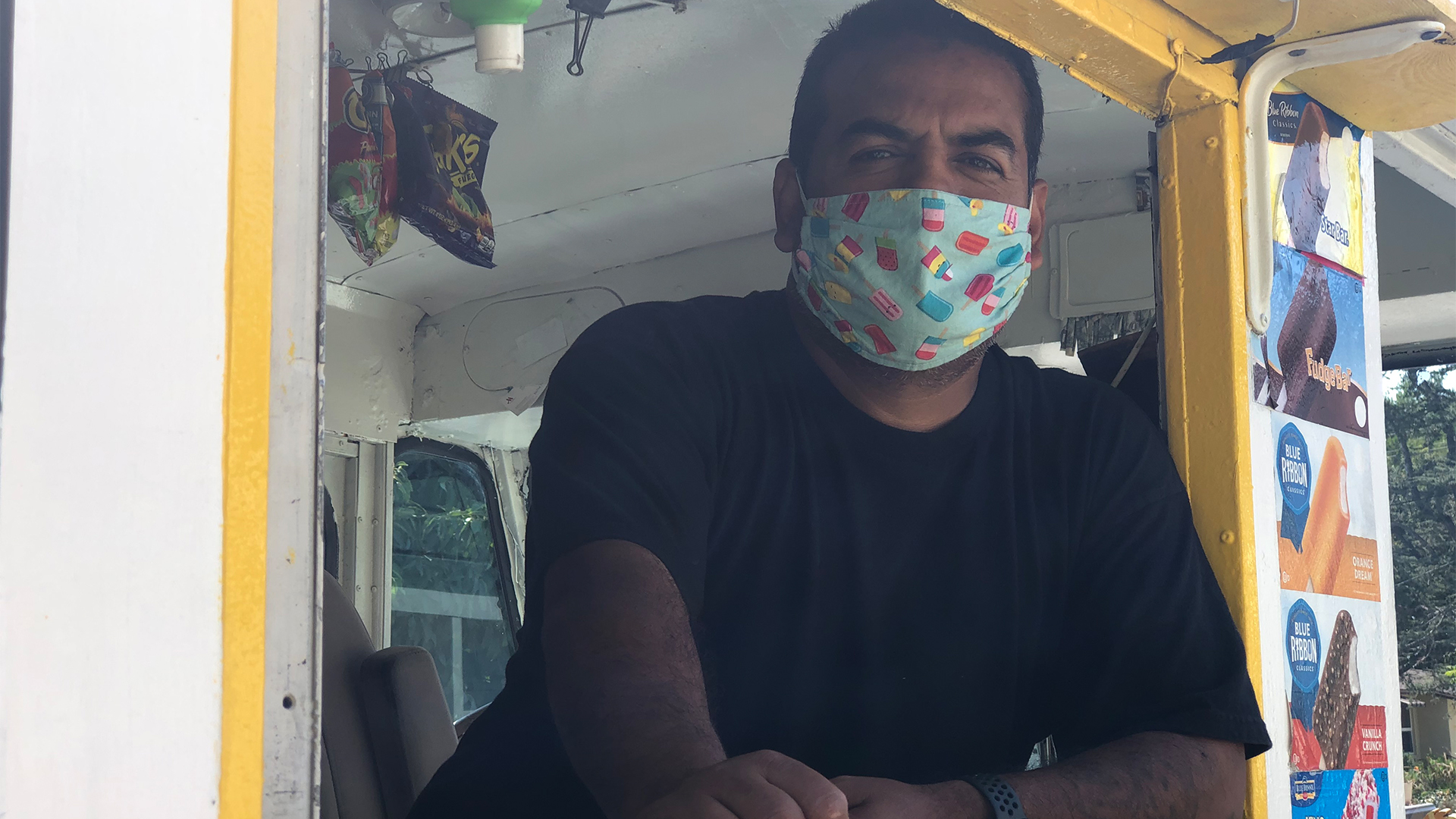