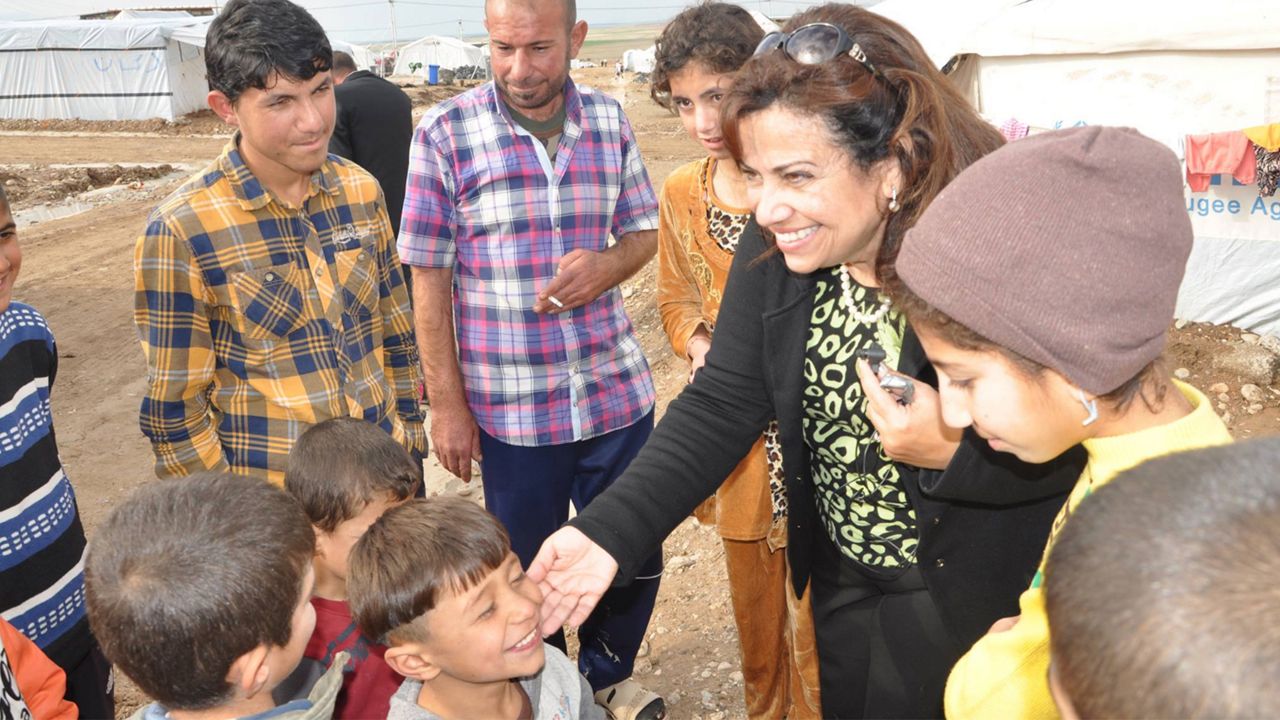 As an Egyptian American, she started her charity to help persecuted communities in the Middle East back in 2007. Never forgetting her roots, she says she feels blessed for her freedom as an American, and wants to share those blessings with others.

When she started, it was just her and her daughter driving a U-haul around SoCal and gathering donations. Now, 13 years later, even in the midst of a global pandemic, she and her Los Angeles-based team of volunteers want the refugee community to know that they are not forgotten.

As she cleared space at her Los Angeles warehouse for the 15,000 pounds of donated goods from Angelenos, ranging from clothes to medical supplies, she says serving others gives her and her team of volunteers a sense of hope and purpose, especially during these uncertain times.

John and Marie Leon also joined the donation delivery gathering. Their son Johnny recently died due to medical complications connected to his quadriplegic condition. The parents realized their expensive custom wheelchair could be of value to another child, and Isaac found that child.

She connected their gift to a refugee war survivor in Iraq by the name of Odeesho. Odeesho’s mother was dreaming of the right wheelchair, but they were too expensive to come by in the refugee camp in Northern Iraq.

“We took care of him and we did the best. So I could understand what the mother is going through, and she needs a wheelchair for her child. Johnny wanted us to do this for him too. To give a gift of love,” Marie Leon said.

As Johnny's wheelchair is being delivered abroad, Isaac hopes the spirit of collaboration continues to hold strong, even in a time of social distancing.