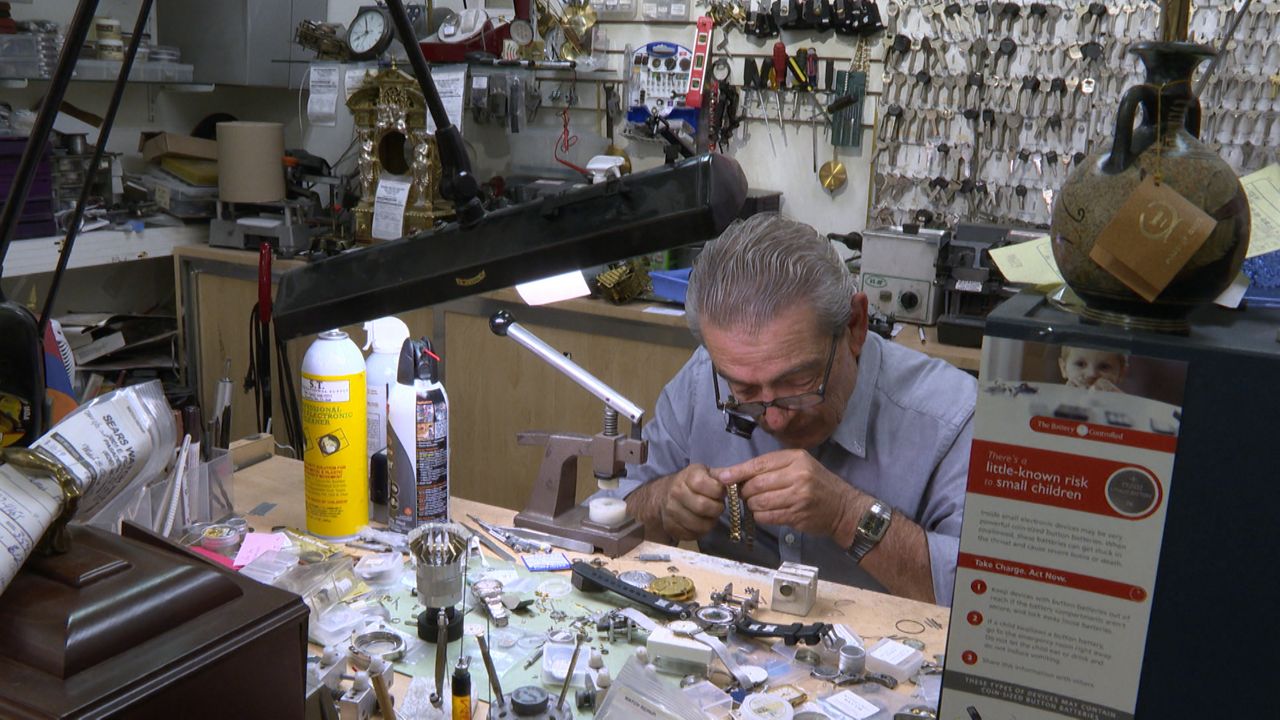 PASADENA, Calif. -- Inside one of the few remaining SoCal Sears stores, next to the optical department, you can find Sebou Zaghikian doing what he loves best -- helping Angelenos keep track of time by repairing watches.

He’s been fixing watches and clocks since the 1990s.

“I enjoy fixing clocks and watches, making them work and make a living with it. I feel like I’ve accomplished something even if a little old lady brings me a 10 dollar watch, and I can fix it for her, she’s happy, I’m happy,” said Zaghikian.

He moved to Southern California in the 1970s and became part of one of the largest Armenian communities outside of Armenia. But the pain of the past, 1915 to be exact, when 1.5 million Armenians where systematically exterminated by the Ottoman Government, continues to link each and every one of them.

Before 1915, Zaghikian's paternal grandfather and a few of his friends, fought to protect their village, which was located in Anatolia, in what is now modern day Turkey. They knew they couldn’t resist that long, but it gave a chance for families to flee the atrocities that were coming.

“They were all killed. He was able to protect the village that my parents, my father, my uncle, my aunt and grandmother…they were safely taken to the beach, the southern portion of Turkey by boat. They were smuggled to Cyprus where they survived.”

Zaghikian's father was able to provide for them. After he escaped and lived in Cyprus -- before he was married -- he met a Turkish man who took him in as an apprentice and taught him the art of carpentry. Over the years, he became a good carpenter. When the man passed away, he left the shop to Zaghikian's father.

Human acts like these have helped Zaghikian to heal, just a little.

But the topic of genocide remains personal.

“Genocide has left a very deep cut in all Armenia’s hearts. I cannot say I have forgiven… but I have forgiven somehow. But forgotten? Never. That will never be forgotten,” said Zaghikian.

Turkey has long denied accusations that the killings constituted a genocide, leading many countries allied with the country – including the United States – to refrain from using the term.

“I would feel much better if the Armenian Genocide was recognized by the entire world. It wouldn’t heal the wounds in our hearts, but it would help. Each government should have the heart, the braveness to tell the world, to their people what happened in Anatolia in 1915," said Zaghikian.

"France is doing it, Germany is doing it, many countries are doing it. They have accepted it, they have erected monuments in their cities. All Armenians in the diaspora, 10 million or so,  commemorate April 24 as the saddest day of the Armenian people,” said Zaghikian.

Only time will tell if he will live to witness the recognition of the first genocide of the 21st century in his lifetime. He says he is grateful to this country, which has allowed him to own a business where he can do what he loves doing most -- fixing watches.