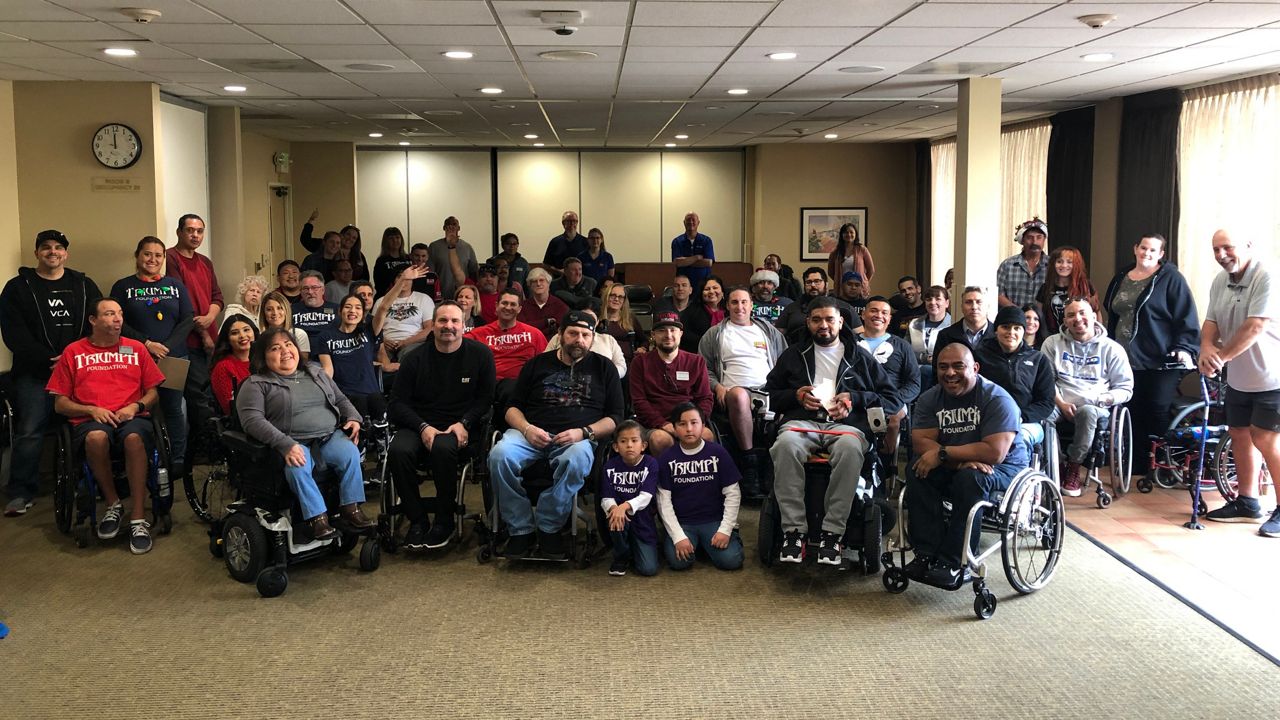 Dealing with a life-altering injury is never easy, and during the holiday season it can sometimes be even worse. But a Southern California nonprofit has made it a mission to make things easier for new patients — delivering care baskets to those in need.

The holidays are meant for celebrating and so naturally, Andrew Skinner spends his time gearing up for a party. Yes, there's food, sweets, and even gifts, but the guests at this gathering might feel no cause for celebration.

The party is meant for others like him who have suffered spinal cord injuries. They are part of a nonprofit called the Triumph Foundation, a group Skinner started 10 years ago.

"The cornerstone of our outreach is visiting people when they're newly injured at the hospital," he explained. "I know when I first got hurt, I was lost in the world I never dreamed I'd become a part of, so people are universally unprepared. And so we're the first glimpse that there is a life worth living."

The care baskets — filled with information and resources — along with the holiday celebrations, are used to push this message. Triumph also offers support groups, financial grants, and adaptive sports and recreation.

New patients and old friends gather to share their stories and Skinner speaks directly to some of the newcomers, people like Erika Franco. The 23 year old was injured just two months ago and was one of eight people receiving a care basket.

"When you're in an injury like that you just kind of feel like the whole world has just given up on you," she said. "The care package in a way is kind of like a we appreciate you the way you are now [gift]."

As a whole, the gifts are meant to welcome those like Franco into what Skinner calls a club that no one wants to join, but once you're in it, your family.