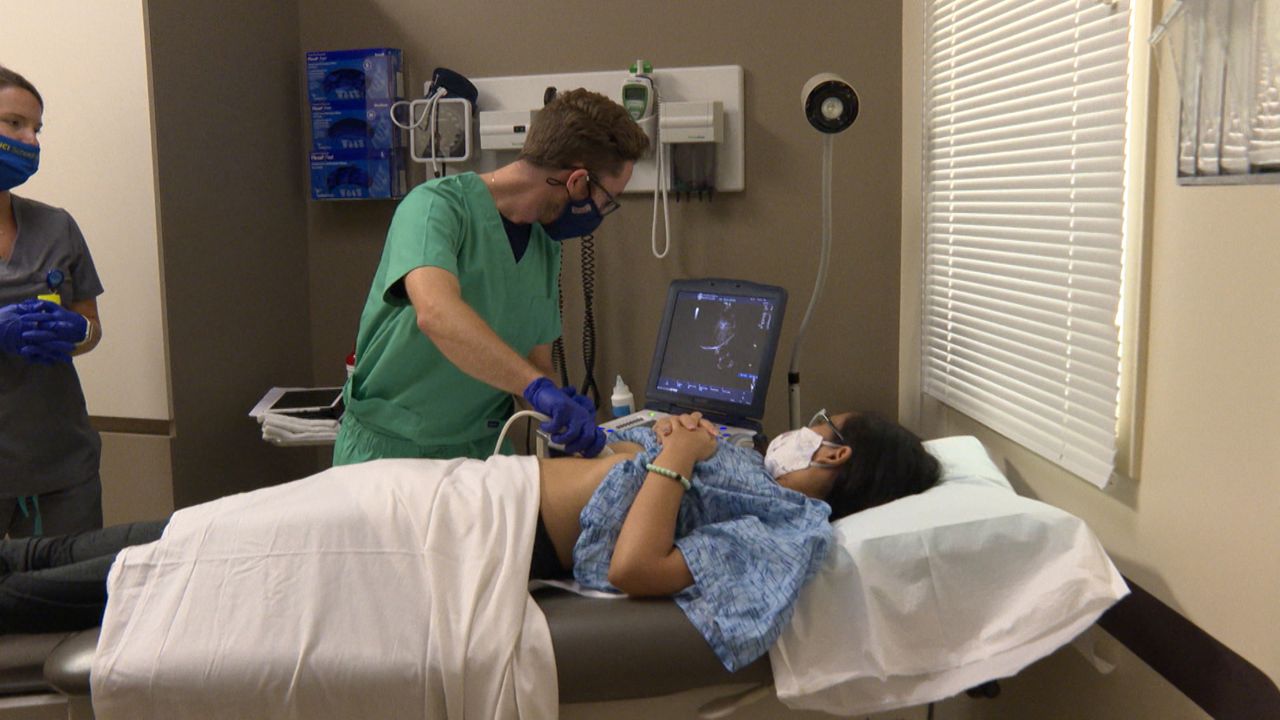 Future Doctors Learn in a Hybrid Model at UC Irvine

IRVINE, Calif. – Most students have returned to school, but many are learning away from the classroom due to the pandemic. But for those students who hope to join the front-line medical workers currently helping patients fighting COVID-19, there are some things that require hands-on, in-person learning.

Students attending the University of Irvine School of Medicine this year will be learning in a hybrid model, of both online/virtual classes and in-person classes with patients.

Aaron Frank is one of the hundreds of medical students on campus. He is a first-year student.

“So, going to school during a pandemic was not the plan when I was interviewing here last year. But now that I’m here during this time, it makes it even more important,” Frank said.

Important, but a lot different this year. Frank does some of his classes and lectures online and virtually. But to become a doctor, there are essential skills that Assistant Professor of Clinical Emergency Medicine Warren F. Wiechmann says can only be taught by getting hands on experience.

But Weichmann says that during a pandemic, the university’s priority for both the students and patients is safety. So Wiechmann says there are several new procedures in place.

“We have universal masking. We wear masks all the time in the hospital, where previously we didn’t. And even just being more mindful of the number of individuals in a room,” said Wiechmann.

That’s why the students, instructors, and patient in one of the first in-person trainings Frank recently attended were all wearing masks and split into smaller groups. During that training Frank learned how to use an ultrasound.

"Woah! Look at that," he said. “It was so incredible to be able to see her heart….right there.”

Frank says he appreciates the new safety measures and other efforts the university is making to keep learning as safe as possible. Safety signs are everywhere including inside the learning spaces, on the floors, and in outdoor spaces too, to remind students like Frank to do what they can to maintain social distance and use safe practices.

But he says he’s excited to get going on his new career path. Although his first career out of college didn’t involve medical equipment and it also didn’t require scrubs.

“I worked on a number of television shows, from reality shows to cooking talk shows, to development for a bit,” said Frank.

“I felt like how tangible that was to really help someone,” said Frank. “And I knew right then that I had to make a complete 180,” he said.

That’s what brought him to the medical school.

Frank says he was looking forward to having that “normal” school experience in Irvine. But says that going through this process during a pandemic has, "really strengthened my drive to actually be a doctor.”

The future doctor says learning to become a doctor during a pandemic might even give him an advantage in treating future patients. He says he can relate to them and tell them his experience living through it too.

UCI School of Medicine has about 488 students this year. Frank will be on campus three days a week for in-person training.