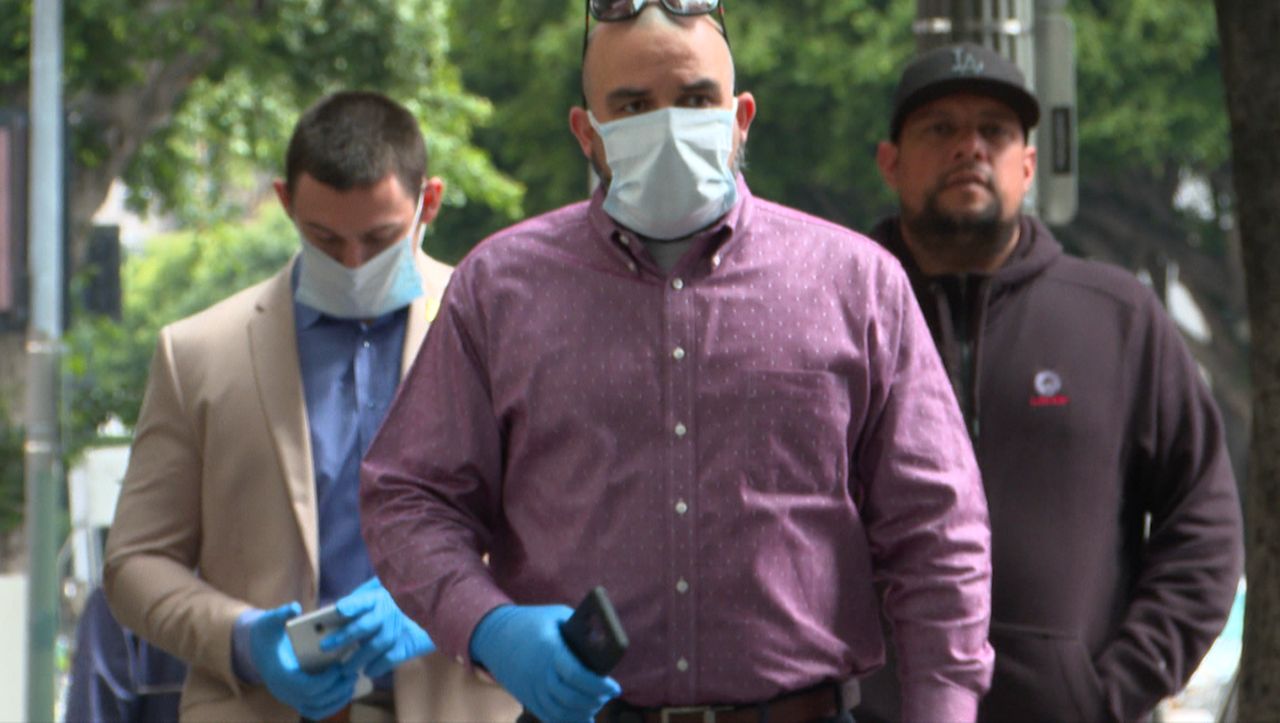 LOS ANGELES – For the general public, the choice of whether or not to wear a protective face masks/coverings during the COIVD-19 pandemic was largely left to personal preference. But now, Los Angeles Mayor Eric Garcetti and other officials have announced they are recommending everyone don face protection in public in an effort to help flatten the COVID-19 curve.

Although officials just announced the new recommendations, business owner Jackson O'Connell said he has been wearing a mask for weeks now.

“I have seen more people today than any other day,” O’Connell said, wearing a face mask he got from a friend who works in construction.

Governor Newsom and Mayor Garcetti made the face mask/covering recommendations at a time when the number of COVID-19 cases continues to rise and healthcare workers are bracing for a surge.

“We are now recommending that Angelenos use homemade face coverings when they are in public and interacting with others.“ Although adamant that medical-grade masks should be reserved exclusively for frontline medical personnel, Mayor Eric Garcetti advised all Angelenos to begin wearing face-covering when out in public — while emphasizing the continued need for people to adhere to city and state mandated stay-at-home orders. “To be clear, you should still stay at home, this is not an excuse to go out…we are recommending you stay at home,” Garcetti said.

“You know, that way [people] can take it a lot more serious,” he said. “I think a lot of people still think that [the pandemic] is something that's gonna just blow over.”

Daniela Tomuta, education programs director at Cedars-Sinai, recommends washing hands before and after putting on masks and face coverings and to to be careful when touching the mask.

“You want to just only touch these straps, not the mask itself,” said Tomuta via Skype. “Bring it to your face and then wrap it behind your ears.”

Initially, masks were not considered absolutely necessary outside of healthcare environments.

“But now, because it's likely widespread in the community, even individuals that are healthy should wear a mask to protect themselves from potentially breathing in these infected droplets,” said Tomuta.

Tomuta stresses that a mask will not make you invincible. They should be part of the recommendations already in place: washing hands, avoid face-touching and maintaining appropriate physical distancing.

“Some individuals may take for granted that they're not breathing in the particles and may become more casual about touching their face or their mask which can potentially increase their risk of self-contaminating,” Tomuta warns.

Like most, Jackson O’Connell says he doesn't like being holed up at home indefinitely, but added he thinks everyone should do their part, listen to the experts, and think of others as well of yourself.

“You know, I have three kids,” said O’Connell. “I think everyone should be more considerate about not just who’s around them, but whoever they come in contact with, and just be safe!”

Officials remain adamant that pro-grade masks, like the N95, should still be reserved for healthcare workers who need them, but there are a range of non-medical grade masks and face covering options available to the general public that will still be safe and beneficial.