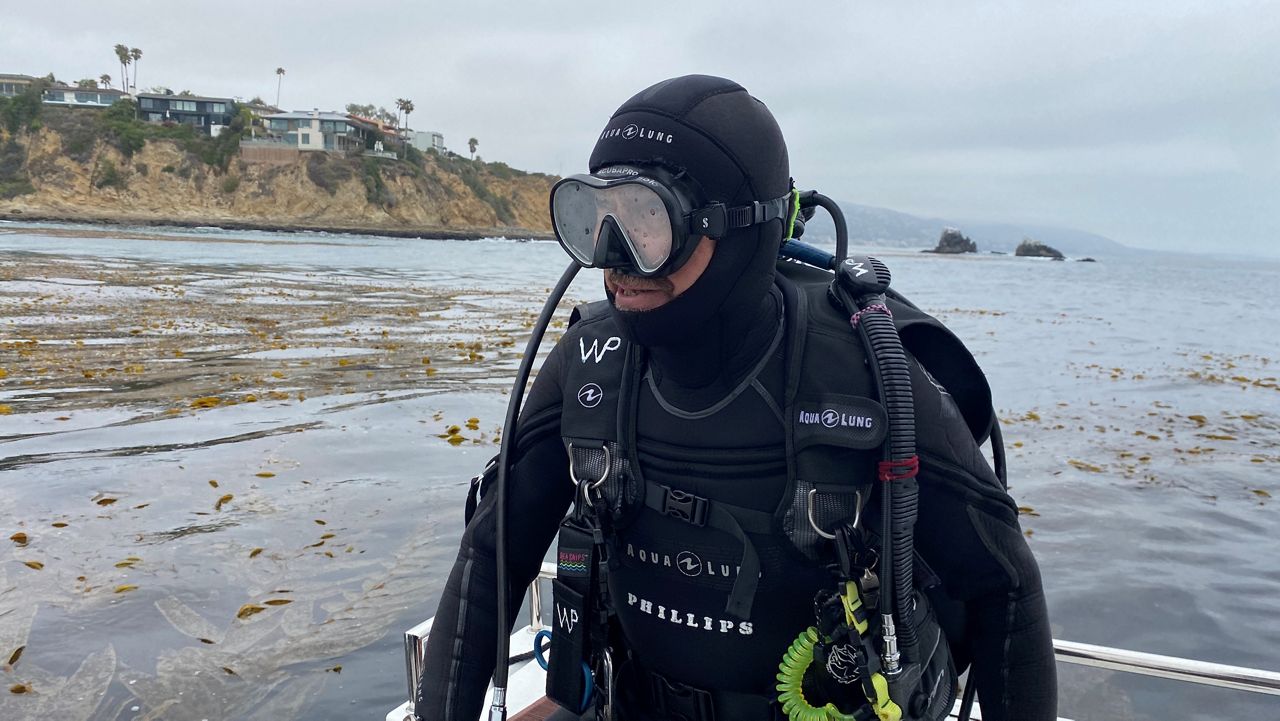 LAGUNA BEACH, Calif. — Giant kelp forests are critical to Southern California oceans. They’re home to over 800 species. They help erosion by dampening wave energy, and they absorb carbon dioxide, which is key in curbing climate change.

But stressors like pollution, overfishing and warming waters all contribute to their demise.

In 2002, marine biologist and Get Inspired Founder Nancy Caruso began a journey to bring the kelp back with the help of hundreds of volunteers and thousands of students.

“Over the course of ten years of hard work, diving three days a week, we were able to restore that ecosystem,” Caruso said.

Giant kelp thrives in cooler nutrient-dense water, but in the last several years, a series of ocean heat waves were deadly for them.

First, it was a phenomenon called “The Blob,” followed by an El Nino.

So Caruso, along with volunteer divers Wayne and Julianne, are heading out to survey the kelp’s health.

“This was really the first cold water year again, to watch the kelp grow and to see how it rebounds from all of that stress,” Caruso said.

Underwater, the team is counting the kelp, its maturity and looking for invasive algae species like sargassum — another kelp stressor.

But what they find is good news: some mature kelp that’s outlasted the warm spells, but lots of newer kelp.

“The young ones are this big, little babies. That’s excellent! And it’s still cool on the bottom and so they still have a chance to grow before the water gets warm this summer,” Caruso said.

Overall, seeing kelp in different stages of life is what Caruso considers a successful year.

But they can suffer again from warming oceans and out-of-balance ecosystems.

“I hope we continue to see the normal water temperatures and the normal cycles of cold and warm water and nutrients on our coast. So that this can continue because when the kelp forests are thriving, then everything else thrives too,” Caruso said.

It’s a promising start, but the work will continue to keep the kelp alive for the future of underwater forests and the future of our oceans.