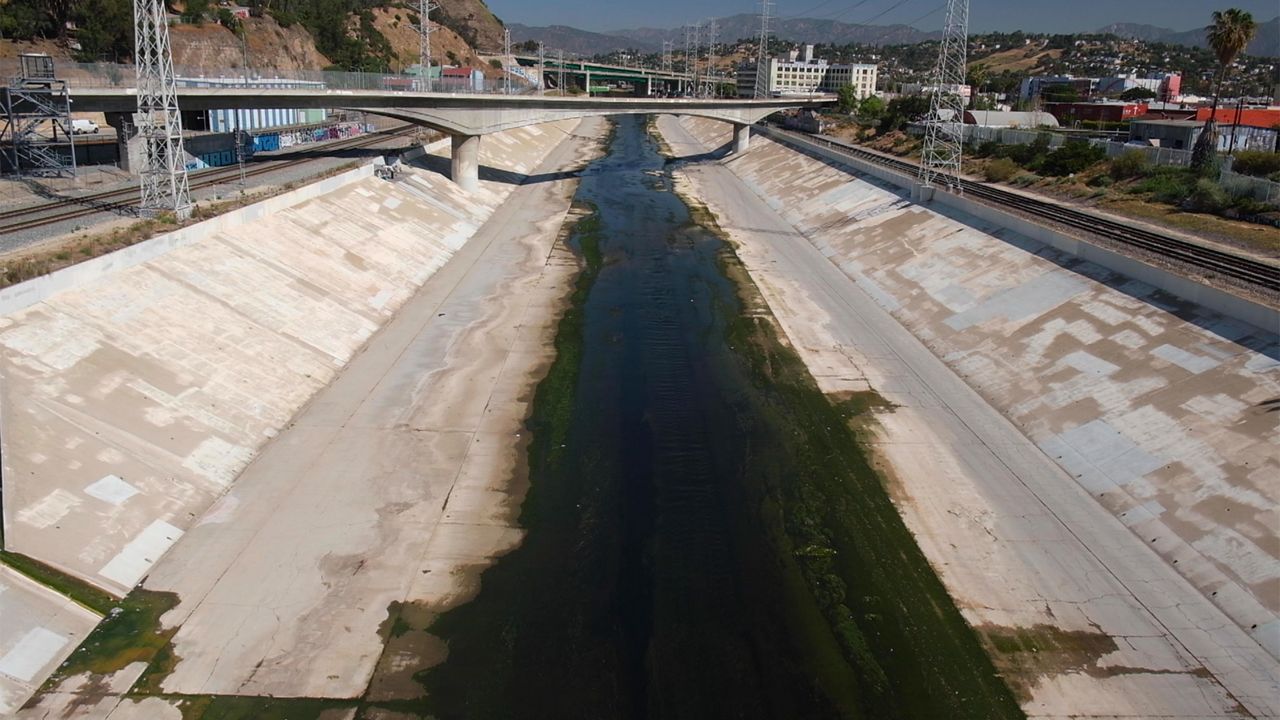 LOS ANGELES — Over the years there have been many different efforts to conserve and restore the LA River, and now, a team from Stillwater Sciences has been keeping a close eye on things and they have a plan. Wendy Katagi heads up the team looking to restore and conserve the watershed, which includes bringing back native trout species, which once numbered in the tens of thousands, to the waterway.

“In the headwaters in the Arroyo Seco, there are almost 500 native rainbow trout, and you know they need to migrate,” Katagi said.

The plan is to make modifications to the LA River, including concrete removal, to provide the fish safe passage from the headwaters to Long Beach 20 miles south.

“This channel would be altered to have basically what you would think of as a trout stream,” explained Katagi. “Boulders, riffles, some pools for resting.”

When the LA River was concreted over as a flood channel the idea was to get water to the ocean as fast as possible, but now the challenge is to modulate water flow to help the fish.

“Obviously, there's some dams and there's some structures and other impediments,” said Katagi. “But this is how you do watershed-wide recovery. You work on the headwaters in the different segments where there's opportunity and then you work on the ocean estuary and all of those features down in Long Beach.”

Another challenge is climate change, and in a region increasingly prone to drought, conservation of water is key.

“Just as much as drought affects us, our drinking water supply, it of course affects our rivers, our streams and our beaches,” Katagi said.

Conservation efforts, such as the removal of the invasive donax plant, which tends to hog water, are another important step being taken.

Team member Lucy DeRosier said they are also working with surrounding communities to make sure they have input and that any environmental impact is carefully considered.

“We'll be looking at what mitigation measures we can implement to protect those communities,” explained DeRosier. “So, that'll be one of the focuses, to make sure that they're not disproportionately impacted by this project during construction.”

Conservation efforts like this have been a long time coming, but Katagi says now is the time for action as the city of LA has made the LA River revitalization a priority with its revised $1.5 billion master plan for the waterway which pulls in numerous state and local agencies and community partners.

“There's been so many attempts to try to do things better from a watershed perspective,” Katagi said. “This is a huge step forward, that we can say we didn't turn a blind eye we actually did something.”

Although the plan is still in the works, with more Angelenos seeing the importance of LA’s once-forgotten river, Katagi hopes the necessary funding can be secured so plans will move ahead and the trout can spawn once again.