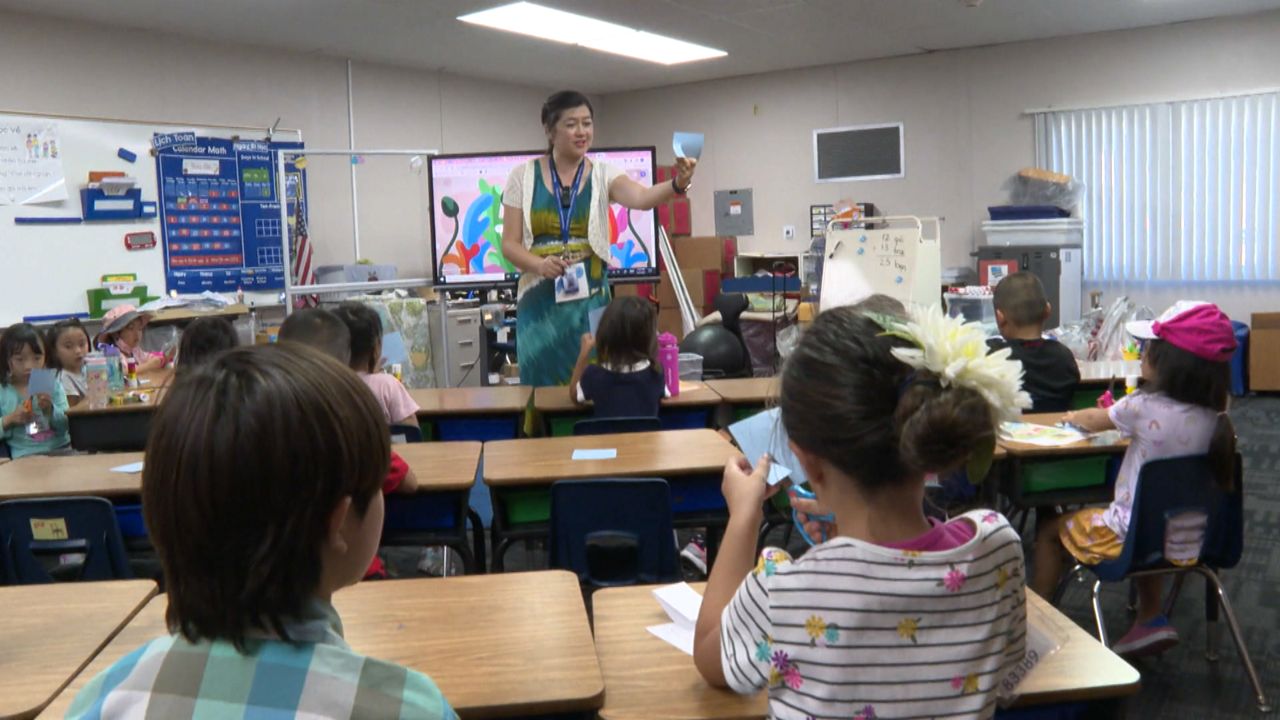 WESTMINSTER, Calif. — In 2015, the Westminster School District became the first in the state to implement a Vietnamese Dual Language Immersion Program.

The first class of students to graduate from the kindergarten through sixth grade program at Demille Elementary School is now in middle school.

One graduate said he has a lot more to learn but is excited to know as much of the Vietnamese language as he does now. A kindergartner who just started in the program said she’s excited to say two words “at the same time.”