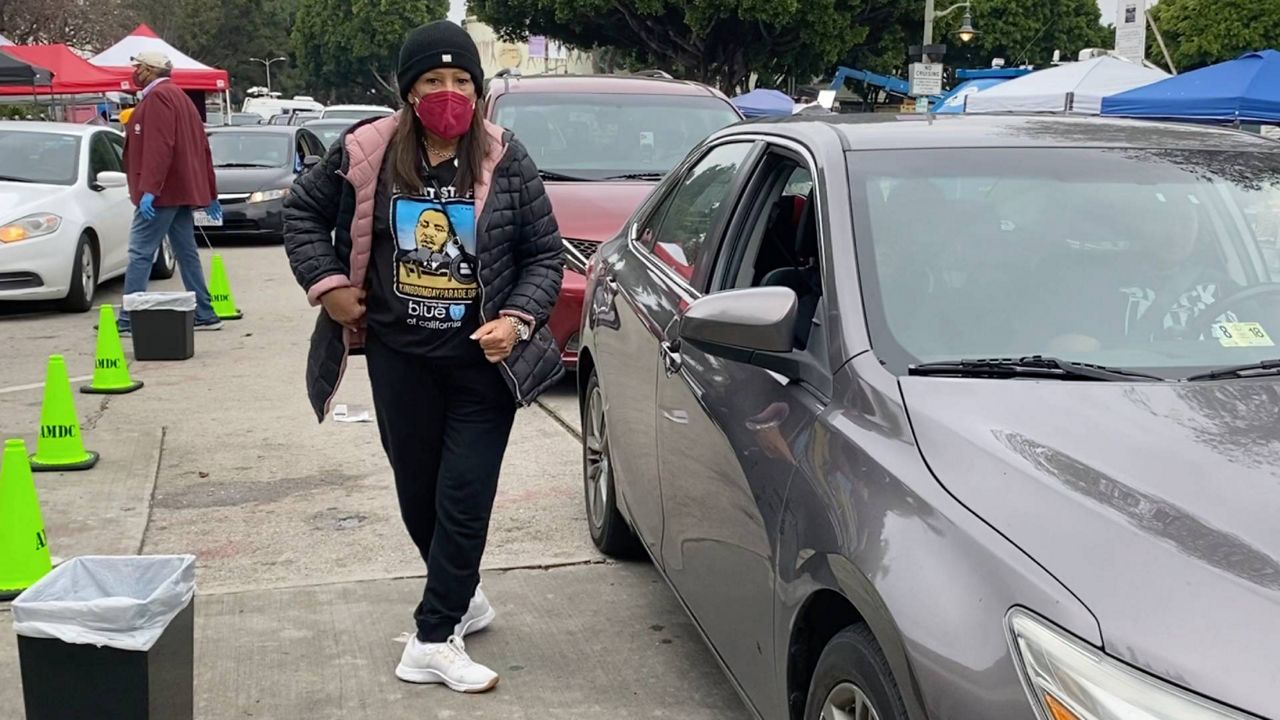 LOS ANGELES — Volunteering to get people ready to be tested for COVID-19 is how Sabra Waddy spent her Martin Luther King Jr. Day.

"Just being with the people and doing something meaningful like this means a lot to me, so I could not not be here," she said.


Waddy is the vice president of the Kingdom Day Parade. Just days before the holiday, she thought she would be helping coordinate the parade, but when it was canceled due to a COVID-19 surge, organizers pivoted and offered free testing instead. So she decided to honor the late civil rights leader by volunteering at the event.

“That was important to us because we had access to it, so we have to share that with the community,” she said.

Access is one of the reasons why James Crump was there. Although he and his family are vaccinated, they started feeling symptoms and couldn’t find a place to get testing.


Crump says knowing whether he’s positive or not is the first step in keeping his family healthy and stopping the spread of a virus that’s devastated Black communities across the country. He says pivoting to testing was the right move.

"We can’t celebrate if we’re dead," he said. "If the community isn’t healthy, it isn’t really much of a community, so it’s extremely important."

Volunteers were able to give 500 tests at the event.

"[We] weren’t able to give them the pleasure of participating and spectating the parade, but we’re able to do this, so it’s one small thing, but we felt it was something very meaningful to the community," said Waddy.