LOS ANGELES — Trained as a classical painter in the style of the Old Masters, artist Francisco Palomares paints landscapes, still-lifes, portraits, and plein-air, but rooted in an aesthetic representative of his Mexican-American culture. Lately, he’s painting balloons. He thinks of them as self-portraits.

“So balloons are an object of celebration, and at the same time, when we see them deflate, they kind of go through a whole cycle, just like how we do,” Palomares said.

After graduating from Cal State Long Beach, Palomares grew frustrated with finding gallery representation, which he describes as an old system. Applying to artist calls can cost $100, and artists still have to do all the work. Mostly, he felt discouraged when galleries didn’t keep a rapport with him after the show. 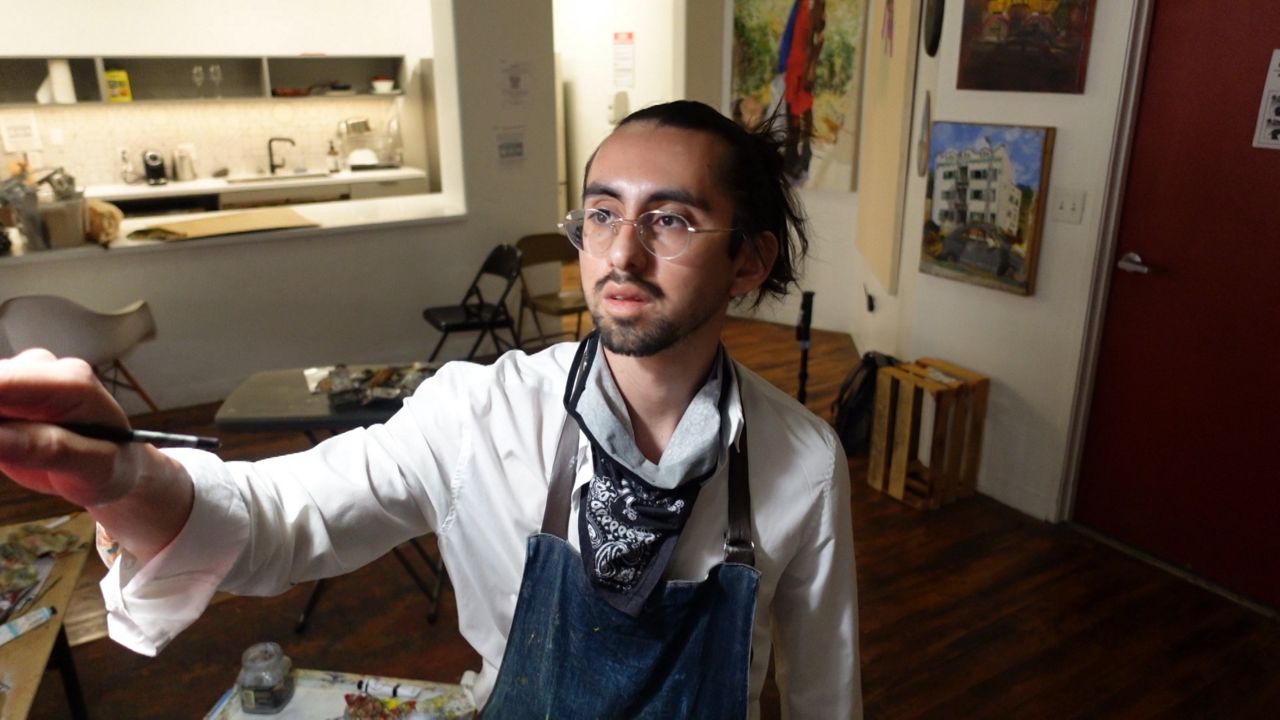 “It hasn’t worked for me because, in some way, I feel preyed upon,” Palomares said. “And once you get in a gallery, they take like a 50% commission.”

That’s when he got the idea of selling his work off a fruit cart.

“I grew up around street vendors as a little boy being at the park. It’s something that’s very familiar,” Palomares said. “As I got older, I noticed that street vendors are small businesses. They are entrepreneurs.” 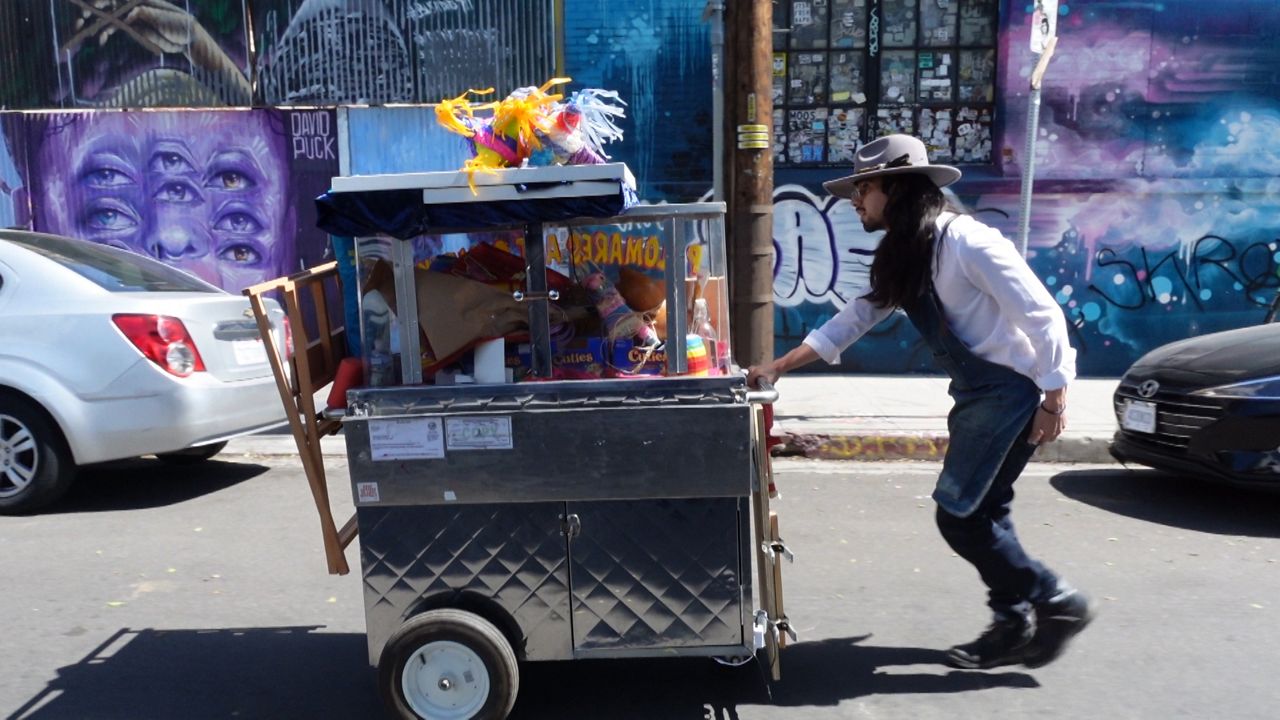 Already painting still-lifes, Palomares said it made sense for him to try street vending his artworks, which he feels is consistent with his style as an artist and culture.

“That’s kind of like the immigrant spirit, like whatever means possible to make like some income, whether it be standing in the corner,” Palomares said. “I’m like, well, how funny would it be if I stood out there with like some type of easel and a bunch of little paintings of oranges?”

Finding a spot on the corner of 3rd Street and Traction Avenue in the Arts District, Palomares quickly found an audience. 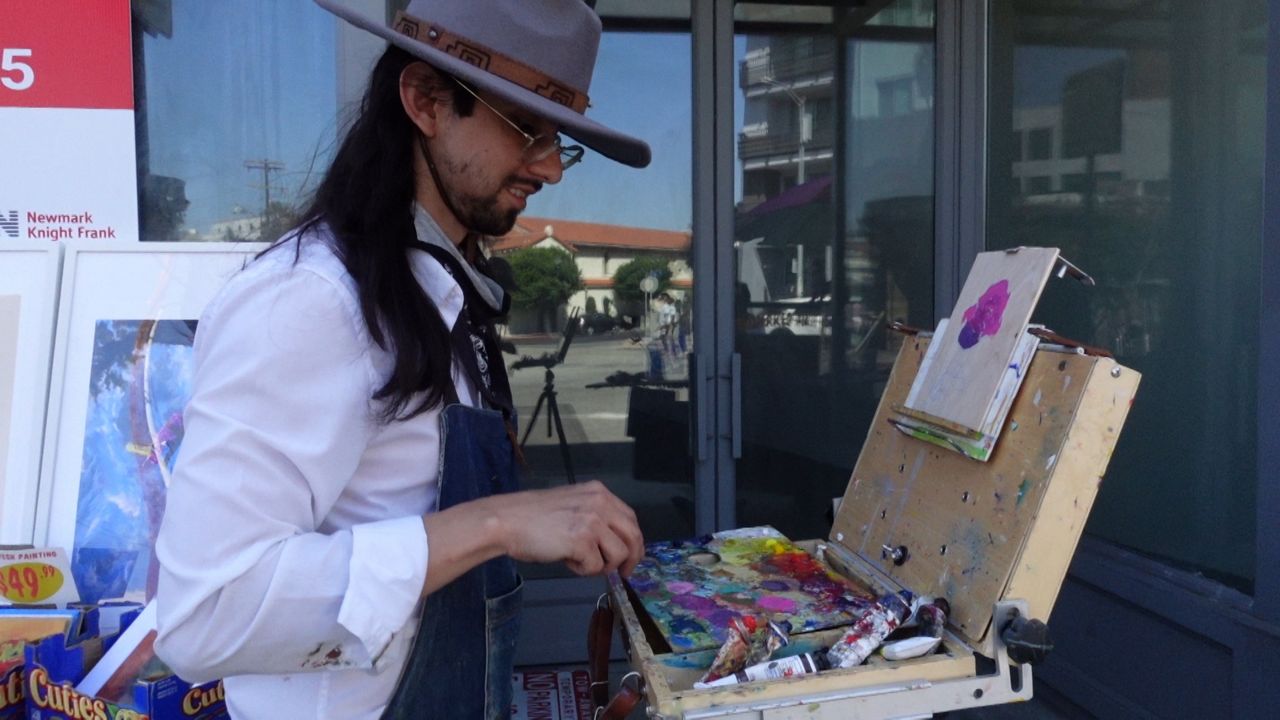 “OK, this will go good next to my apple,” said an art buyer while looking through Palomares’s artworks on display.

Cheyanne Sauter is the executive director of Art Share L.A.

“I’ve been following Francisco Palomares forever. I love his work. This concept is so beautiful, and I needed an orange for my kitchen, so it’s perfect,” Sauter said. 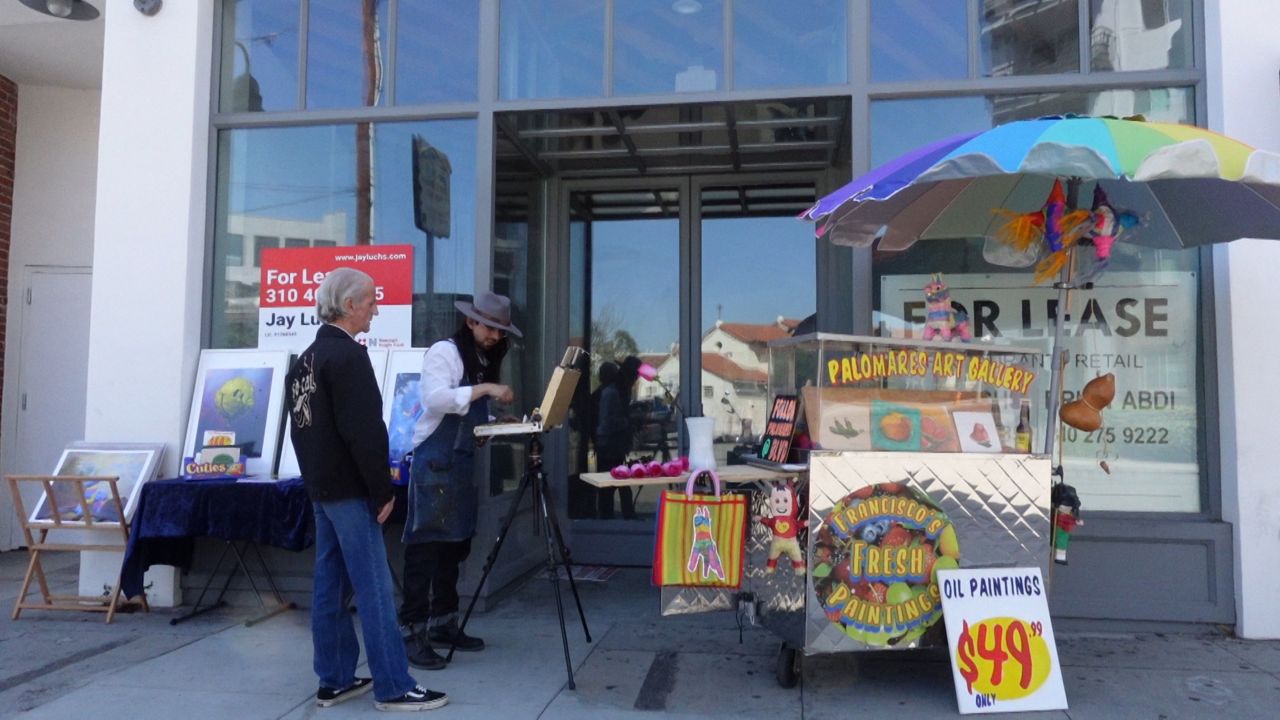 While growing up in East LA, all Palomares ever wanted to be is a painter, which meant earning a living by painting. But rather than letting an age-old system tell him how to sell, Palomares is changing the system.

“I feel like I was meant to be here. It embraces my spirit of artistry. It feels natural like I belong here,” Palomares said. “That in itself really motivates me, keeps me energized to keep going.”.