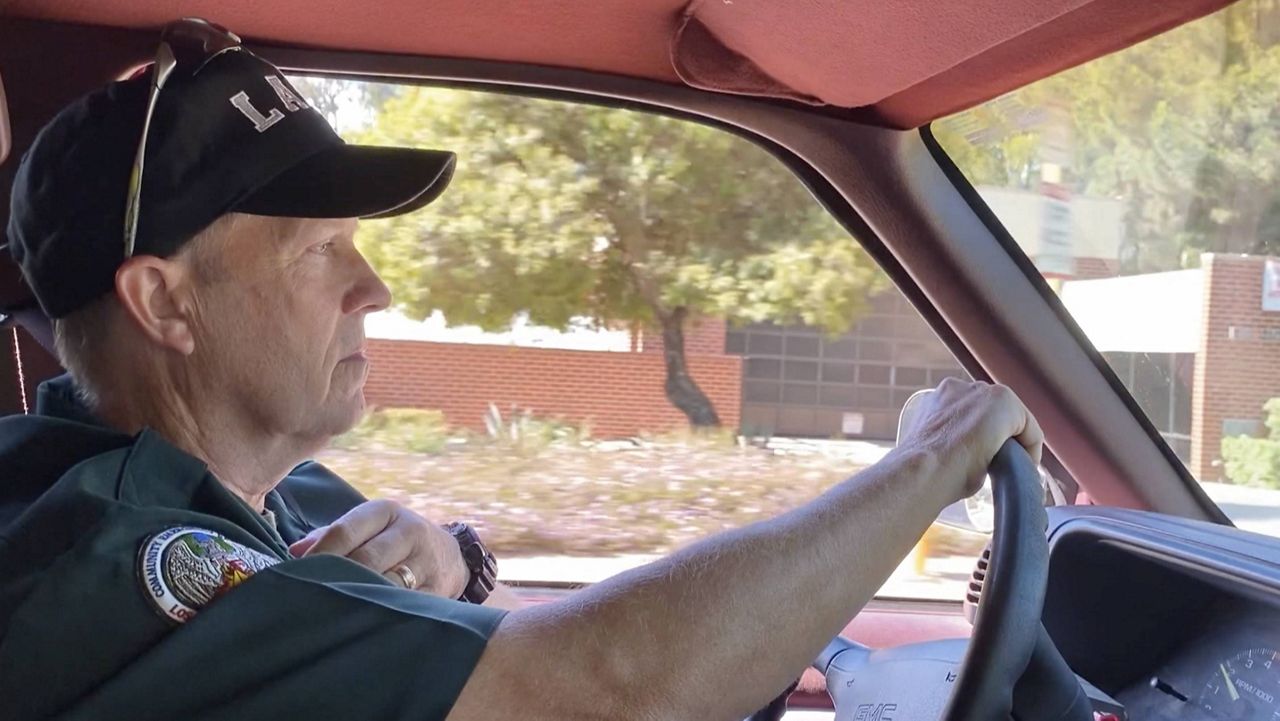 LAFD relies on volunteers to watch for smoke, illegal fireworks

LOS ANGELES — Much of the Los Angeles area is dry bush, and it takes many people to keep eyes on it. Among them is John Gilbert who looks for the first sign of a wildfire.

Gilbert, who lives in Sherman Oaks, has never had to evacuate his home and hopes he never does.

He is part of a specially trained volunteer group under the Los Angeles Fire Department. They are called the Community Emergency Response Team.

There are more than 100 of them, and right now as many as possible are deployed all around LA looking for smoke and illegal activities, like fireworks.

Last year on the Fourth of July, Gilbert spotted a plume of smoke coming from Elysian Park. He reported it and first responders got there so quickly it did not grow much larger than an acre.

“It’s that type of quick reporting that will stop either a structure fire or a brush fire from getting out of hand. Time is of the essence and when you get teams out here with eyes on the hillsides and eyes all over the city that provide quick reporting, we’re going to get resources out to that incident very fast,” said Gilbert.

Most of the time, especially when things go well, Gilbert flies under the radar.

“We do kind of work mainly behind the scenes, but those who need to know, know what we do,” said Gilbert.

There is a statewide network of cameras called ALERTWildfire, which includes more than a dozen vantage points in the LA area. Some volunteers, who cannot easily get around like Gilbert, watch these live feeds for early signs of smoke.

With all these extra eyes and ears on the ground, catastrophe could be avoided.