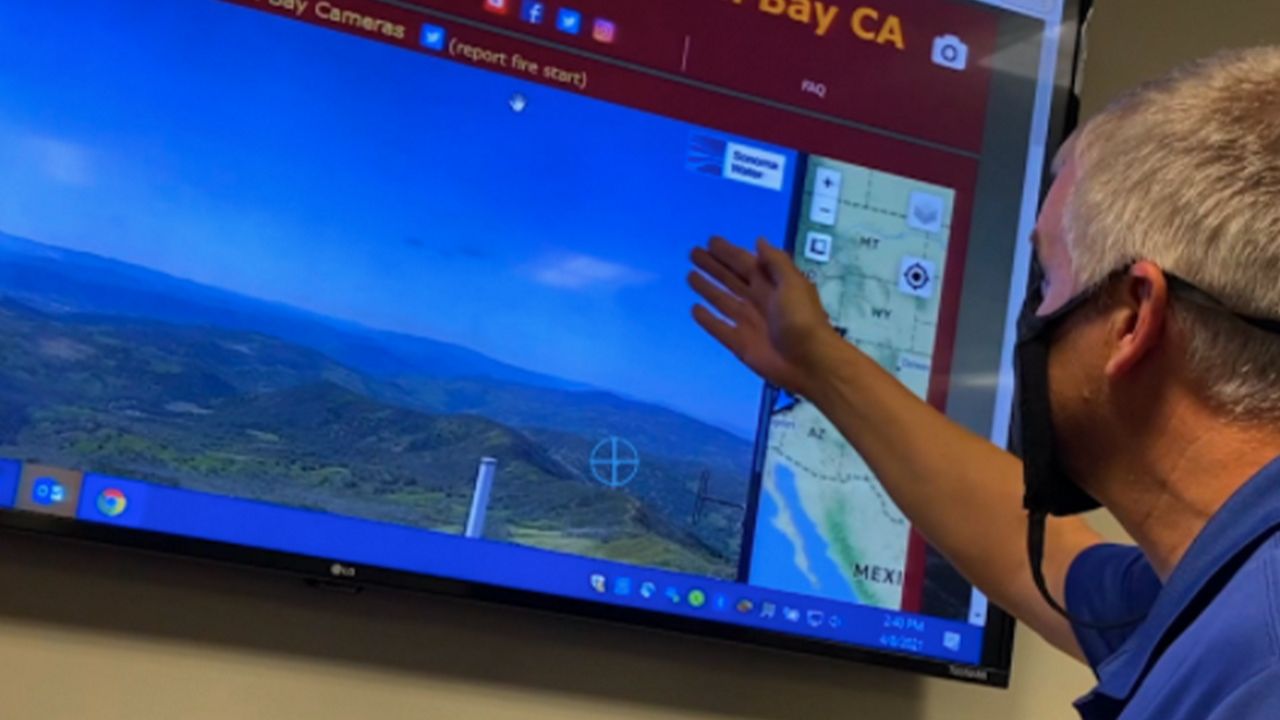 SACRAMENTO, Calif. — Fire officials in Sonoma County are using new artificial intelligence to detect heat and smoke to potentially stop wildfires before they grow out of control.

The county has teamed up with South Korean company Alchera to install fire-spotting cameras throughout the area.

Samuel Wallis, who works at the Emergency Operation Center in Sonoma County, says he’s dealt with several fire emergencies over the last eight years he’s been living in the area.

He’s optimistic that there will be fewer fires this year with the help of the new artificial intelligence. He says the AI is just one more tool the county can add to its arsenal to combat wildfires.

“We’re hoping that this is something that will make our community just a little bit safer,” Wallis said.

He says more than 600 cameras have already been installed throughout the state. If the artificial intelligence finds any smoke or flames, it sends a warning to a human operator.

“Dispatchers are able to look and verify where it is and verify that it is a wildfire and dispatch the appropriate units to respond to it,” Wallis explained.

The county activated the new technology in March, and Wallis says the AI is still learning how to read the area for fires. So far, the technology has detected 100 permitted burns in the area.

“It allows us to see that yes, the system does work,” he added.

Wallis notes the project is personal for him. In 2019, he had to evacuate from his home, and while his house is still standing, he says some of his friends were not as lucky.

Even though the new technology is still largely unproven, Wallis says anything is better than nothing, especially since the state is heading into another drought.

“We really have a duty to try out new technologies and new procedures to see if we can make the system work faster, better and more accurately,” Wallis said.

The $300,000 program will come from a hazard mitigation grant from the Federal Emergency Management Agency and Sonoma County will provide a $75,000 match.

“If we can know about the fire before someone calls 911, then we have a better chance of getting it under control,” he said. “And even if we don’t, it gives us more time to evacuate people and keep them safe.”

He’s hopeful this new technology will be another useful way to fight fires, so there will be fewer disasters in California’s future.