ANGELS NATIONAL FOREST, Calif. — As wildfires continue to burn across Southern California, a power company is working to help prevent fires, especially in remote areas like the Angeles National Forest.


Southern California Edison uses helicopters and humans to check its transmitters and the grid. It’s called Human External Cargo, and of the three people involved in each flight, only one gets a seat in the helicopter.

Some transmission towers are in the middle of nowhere with no nearby roads, so the most efficient way to check on them is from the top down. That’s when SCE calls in a helicopter and a pilot, along with two linemen. 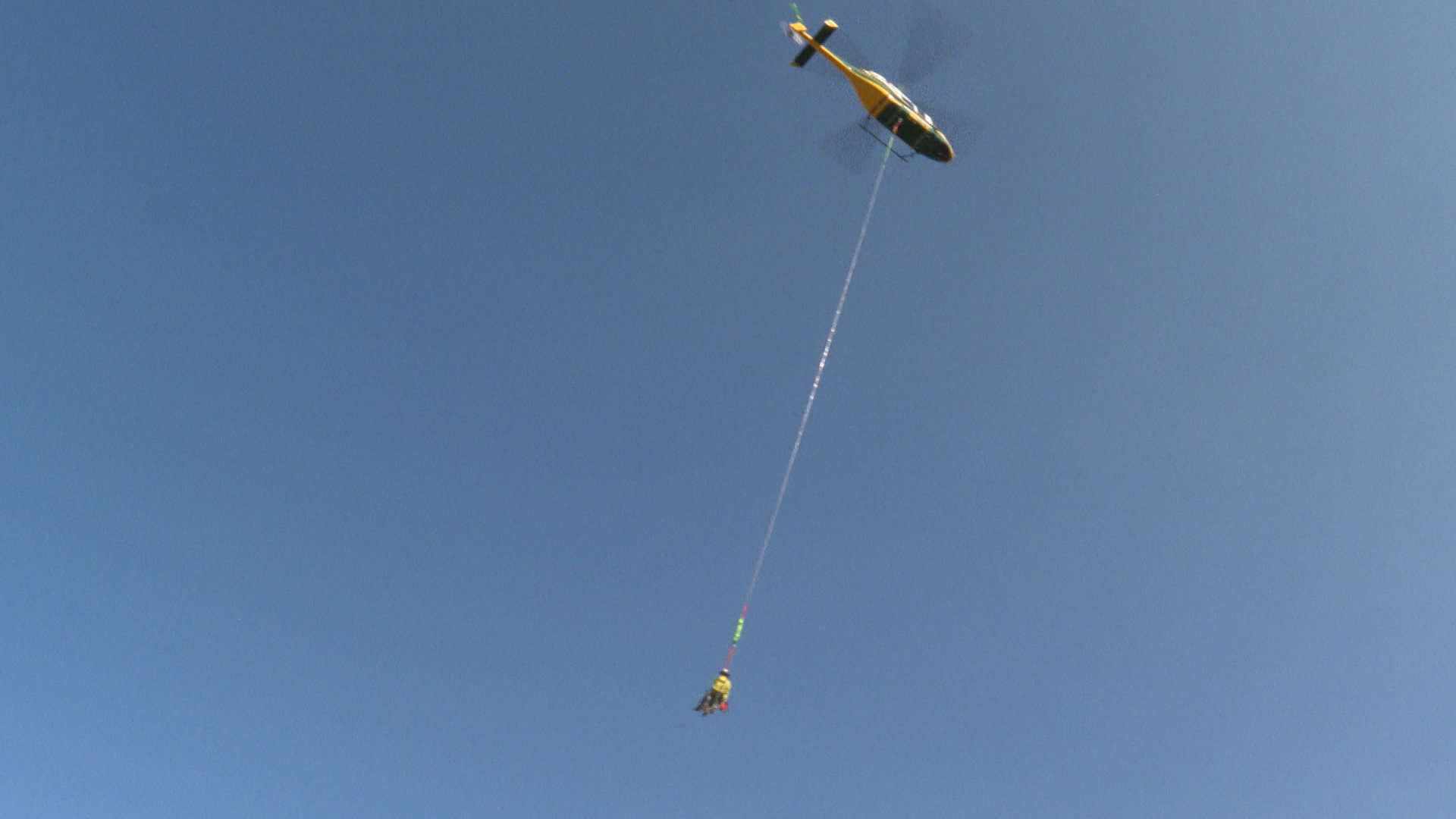 Lineman Isaac Trujillo has been part of the Human External Cargo team for several years. Before each flight he checks his equipment. He said he loves what he does.

“I like enjoying the scenery actually. It’s a really peaceful flight for the most part,” said Trujillo.

He said it can be a scary gig but, “[you] just got to learn to trust your gear, trust your colleagues, trust the pilot that’s flying you underneath him.”

When Trujillo is on his way to a transmitter tower, he gets to where he’s going outside the helicopter. He’s attached to the helicopter using a harness and what’s called a long line.

“That’s usually 75 to 100 feet long. And I just hover above towers and get landed on towers,” said Trujillo.

He never steps foot inside the helicopter. He’s always outside of it hovering through remote areas to get to remote transmitters. It’s sort of the perfect job for the thrill-seeker.

“I mean I’ve done sky diving. I’ve done all that kind of stuff. Base diving as well,” he said.

Trujillo stopped the thrills when his now two-and-a-half-year-old daughter Avery was born.

“This line of work is already dangerous as it is, so I have to limit myself to what I do that’s potentially dangerous now,” he said.

Before taking flight, the entire crew and helicopter pilots meet for a safety discussion, to go over the plan for the day and discuss things such as potential hazards and the weather forecast. The work the human external cargo team does includes inspecting and repairing remote towers. 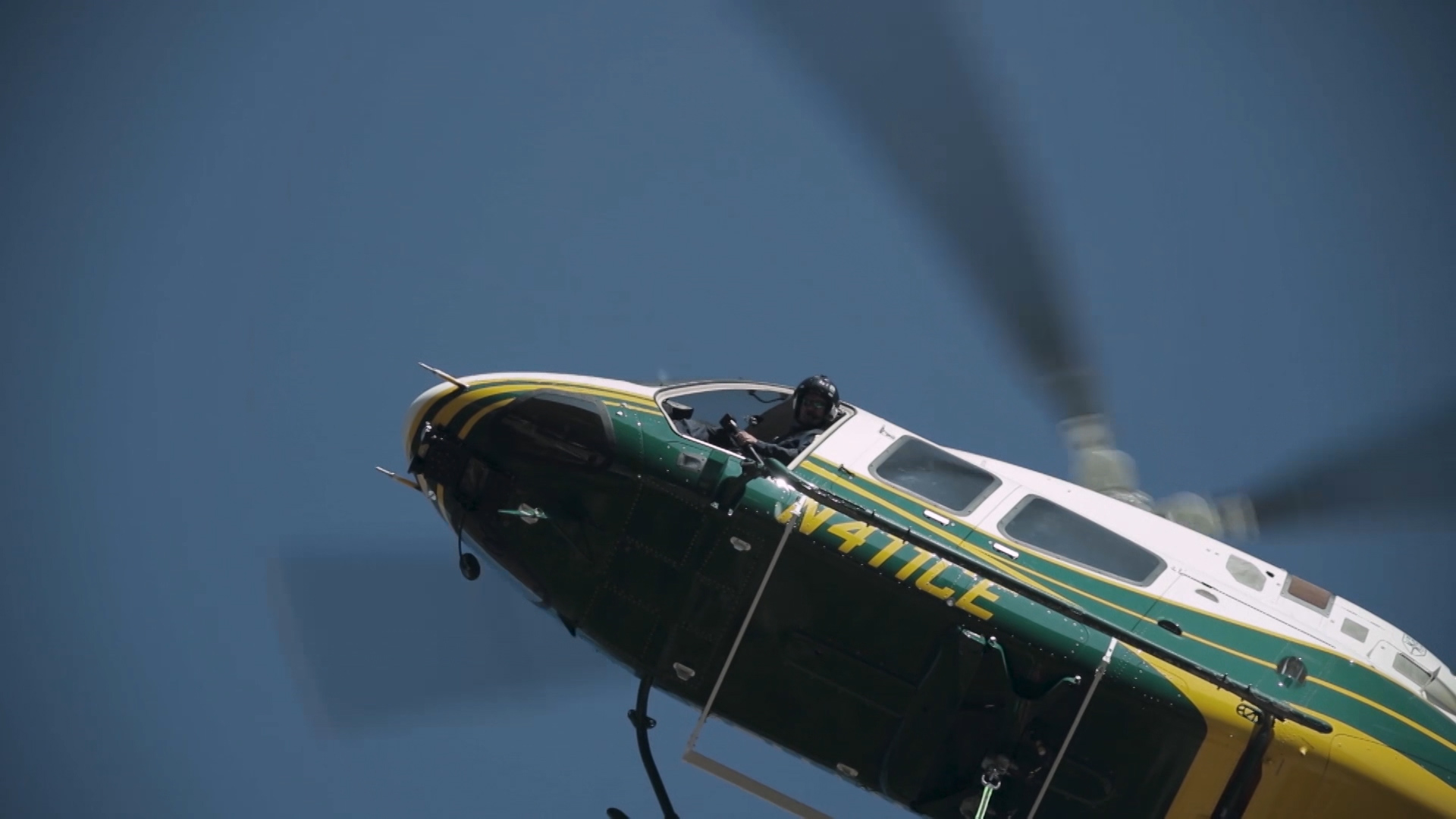 “The program is there for fire mitigation. We’re living a new normal right now. This is ongoing work,” said Corell.

The utility company has said its equipment was involved with the start of at least a portion of the Thomas Fire in 2017. A Ventura County Fire Department investigation report also concluded SEC equipment caused the 2018 Woolsey Fire, but the utility did not admit wrongdoing in that fire.

The work the team does is to prevent another wildfire.

It’s a job that Trujillo said still gives him that rush that his former thrill-seeking activities gave him. Plus, he said he’s part of an important mission.

“To help prevent fires. California is actually a hot spot for fires,” he said.

The utility’s service area is about 50,000 square miles, or a third of California. Helicopters are used for a majority of aerial checks of SCE’s equipment, but drones are also used.