Easing the drought: The answers can be found right in front of our eyes

With longer and more frequent droughts happening around the globe, technologies are advancing to help ease the effects of drought and bring fresh water to dry climates.

Fog catching is one way to help bring potable water and water for irrigation to drought-stricken areas around the globe. This technology is also used in dry climates where, because of geography and topography, very little rain ever falls.

In the Peruvian Andes, locals have been harvesting fog since the time of the Inca Empire. In that time, they placed buckets under trees to collect water droplets for future use. Tiny fog droplets that collect on leaves and stems of trees eventually form bigger drops which fall into buckets.

Over time, technology has developed into fog nets. The first recorded use of fog nets was in 1969 in South Africa. This was a basic pair of nets that could catch almost three gallons of water in one day.

In the early 2000s, the technology had advanced so that Peruvians could use a system of netting to capture hundreds of gallons per day. They could use that water for drinking, cleaning and irrigation.

Modern fog nets are made of metal sheaths or metal coated nets to maximize condensation. 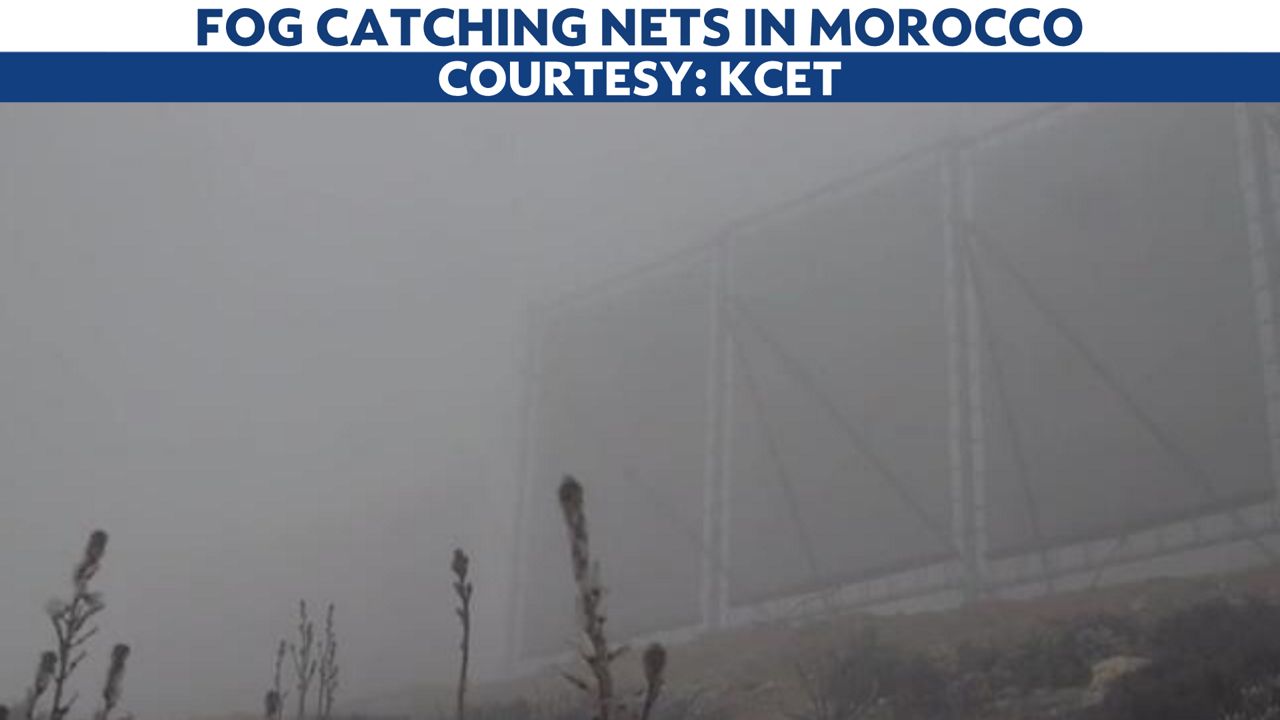 The process of desalination has been around for decades, but in the past it was too costly and had negative environmental effects. With newer technology helping to reduce costs, this process has become a viable source of fresh water.

There are two types of desalination: thermal and reverse osmosis. Thermal desalination uses heat to produce water vapor through the process of evaporation. After evaporation takes place, the vapor condenses back into fresh water droplets.

The second process uses reverse osmosis. This process forces sea water through a membrane that captures the larger solids and lets the smaller water molecules pass through it.

Both processes have negative environmental impacts. Creating heat releases more greenhouse gases into the atmosphere. Also, the extra briny water left behind can make ocean ecosystems too salty for ocean life to live. Newer technology is helping to reduce the negative impacts of desalination. 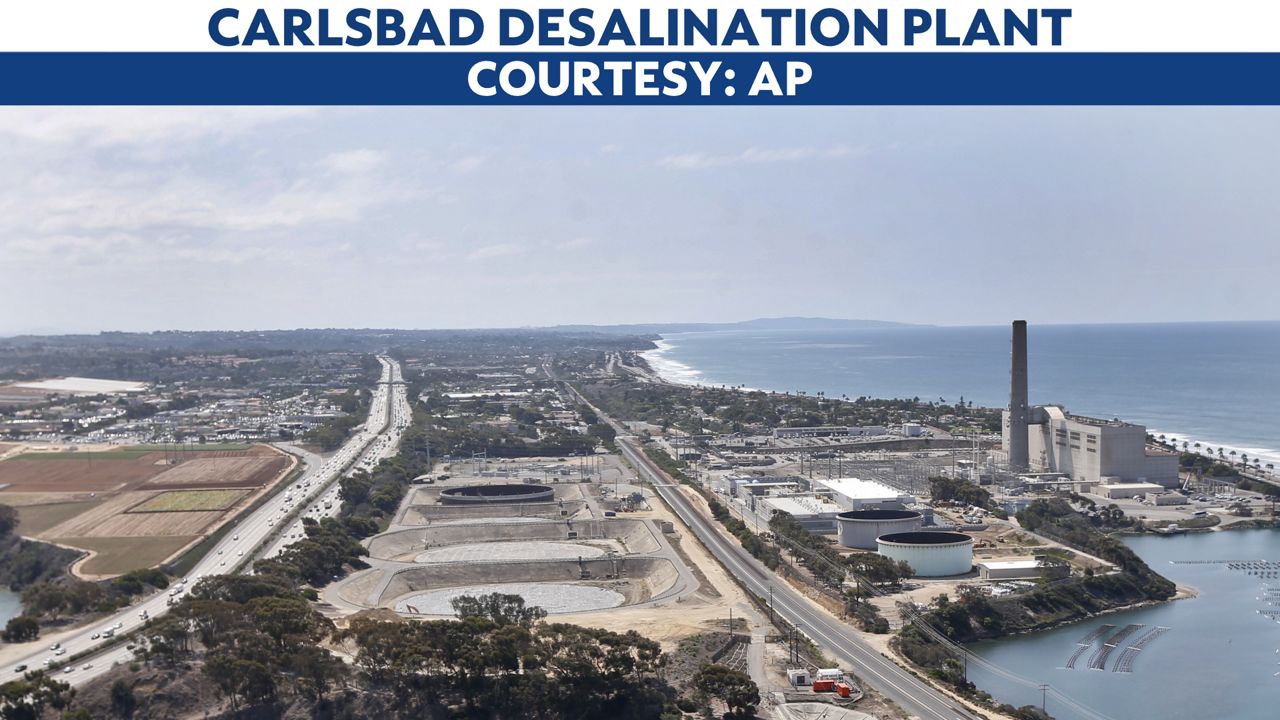 One of the newer technologies harvests water vapor out of thin air. This process only needs air with a relative humidity of 28% to gather water vapor and turn it into clean drinking water.

There is more water vapor in the atmosphere than all the rivers and streams on Earth put together. Skywell, a southern California company, builds machines that harvest water vapor and turn it into drinking water.

These water machines are being used on school campuses and other water starved communities.

The “Skywell” filters air and removes dust, other solids and bacteria. It then uses a cool surface and condensation to extract the water droplets. The result gives you clean drinking water.

This technology replaces the old office water cooler. They don’t leave plastic waste behind that could pollute the environment. 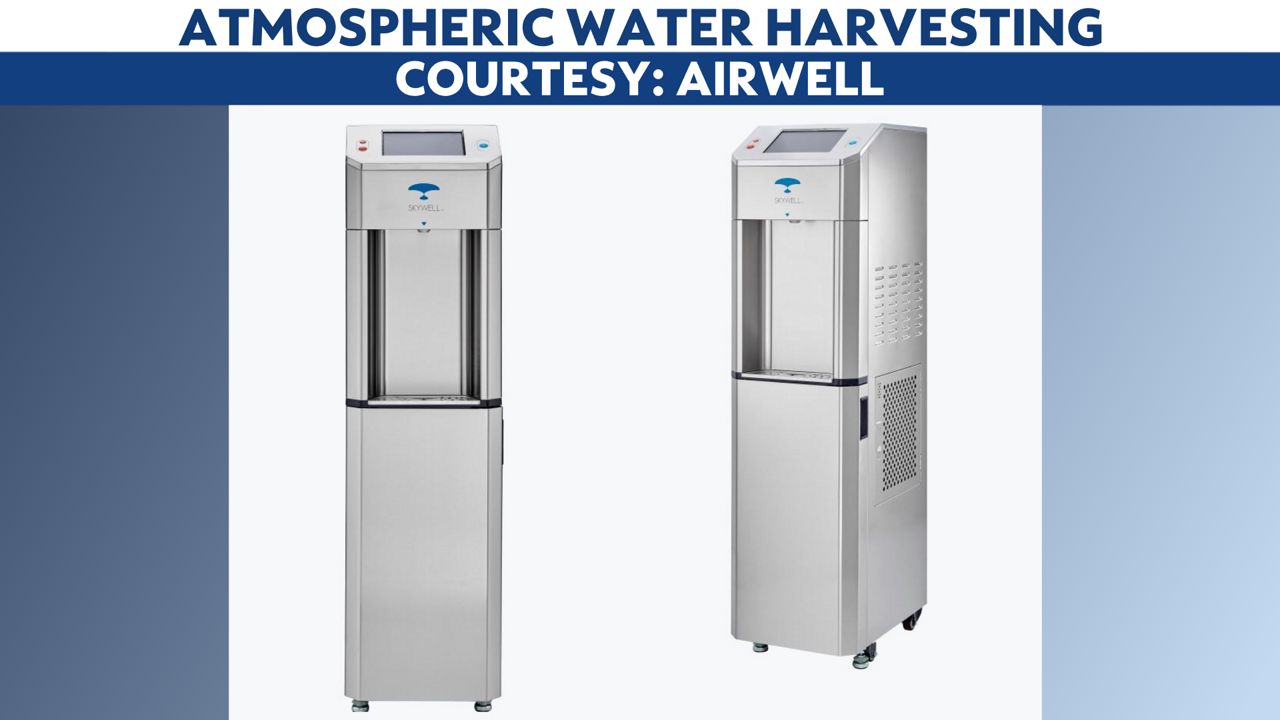