The Deluge and the Drought: Too Much of a Good Thing?

At this point, you probably know that SoCal is going to get a lot of rain and snow this week. But you're probably also wondering if this rain and snow could put a big dent into our ongoing drought.

And could, perhaps, all of this rain and snow be too much of a good thing?

We've all been doing our rain dances across southern California, and finally, they're coming to fruition.

Several inches of rain and perhaps several feet of snow are en route, and we'll welcome most of it with open arms.

But the rain could be too much of a good thing in some spots.

First things first, though. The overwhelming majority of this week's rain and snow is good news.

Take a look at the most recent drought update from the official U.S. Drought Monitor. As of last Thursday, 95% of California is in drought, and about 78% of the state is in a severe drought or worse.

This includes most of SoCal. 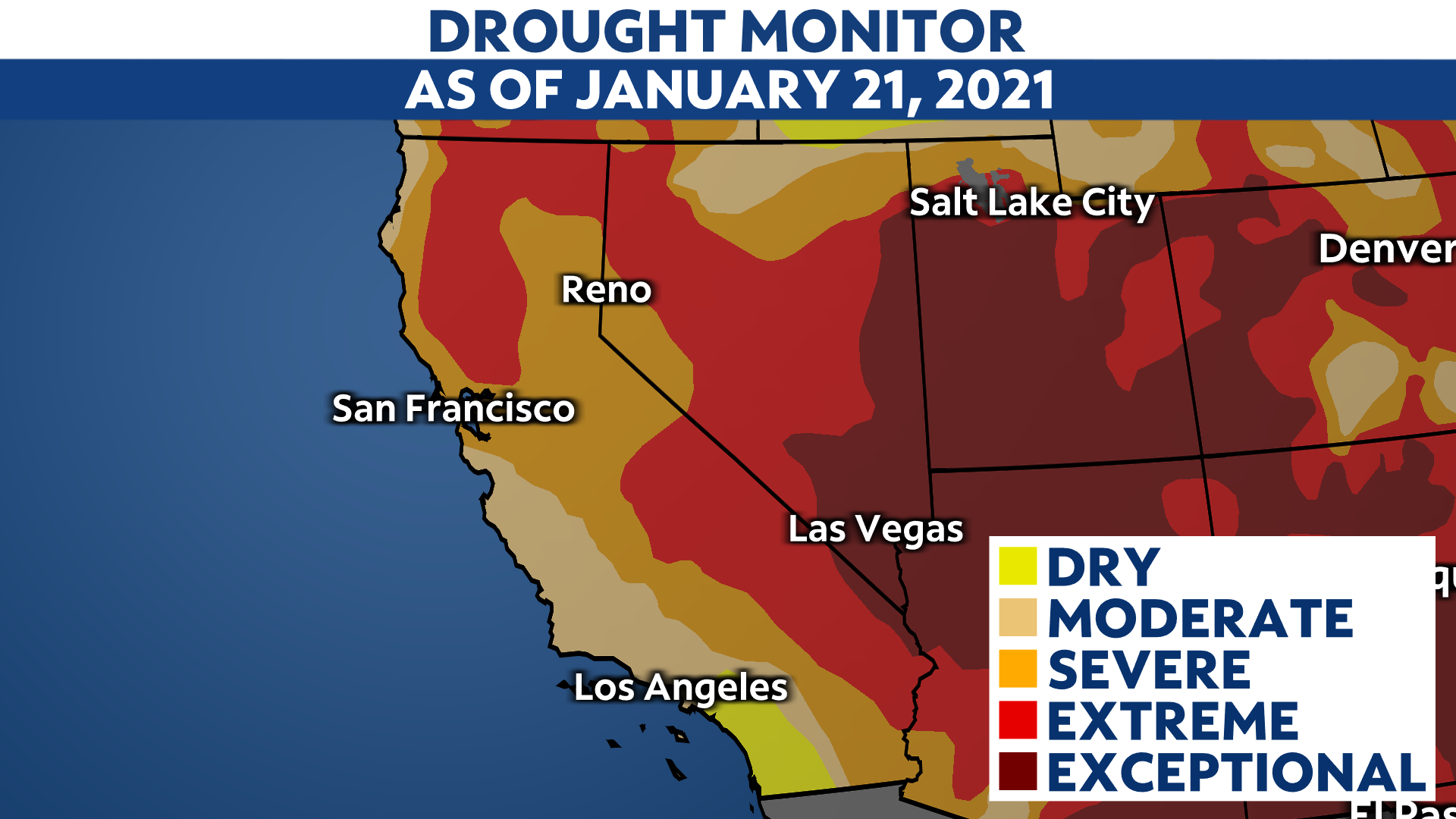 Let's get into more detail. In Los Angeles, we're running nearly four inches below average so far this water year.

That deficit could just about get entirely made up this week alone, though that could present its own set of problems, which we'll explore later. But from purely a drought perspective, this could put a big dent in the season-to-date rain gap.

We Need The Snow, Too

Based on this week's Natural Resources Conservation Service (NRCS) data update, central and southern California mountains are only at about 50% of the average snowpack for this point of the winter.

In other words, those mountains have missed out on a lot of snow this season already. Snowpack is a vital source of water for reservoirs.

Also, because snowpack typically lasts deep into the spring and even early summer, it can help keep the ground moist into the drier summer and early fall.

That's what makes this week's snowfall just as critical to helping make up the season-to-date deficit. Not only are we forecast to get our fair share of snow later this week, consider how much snow's already fallen from our first two storm systems: 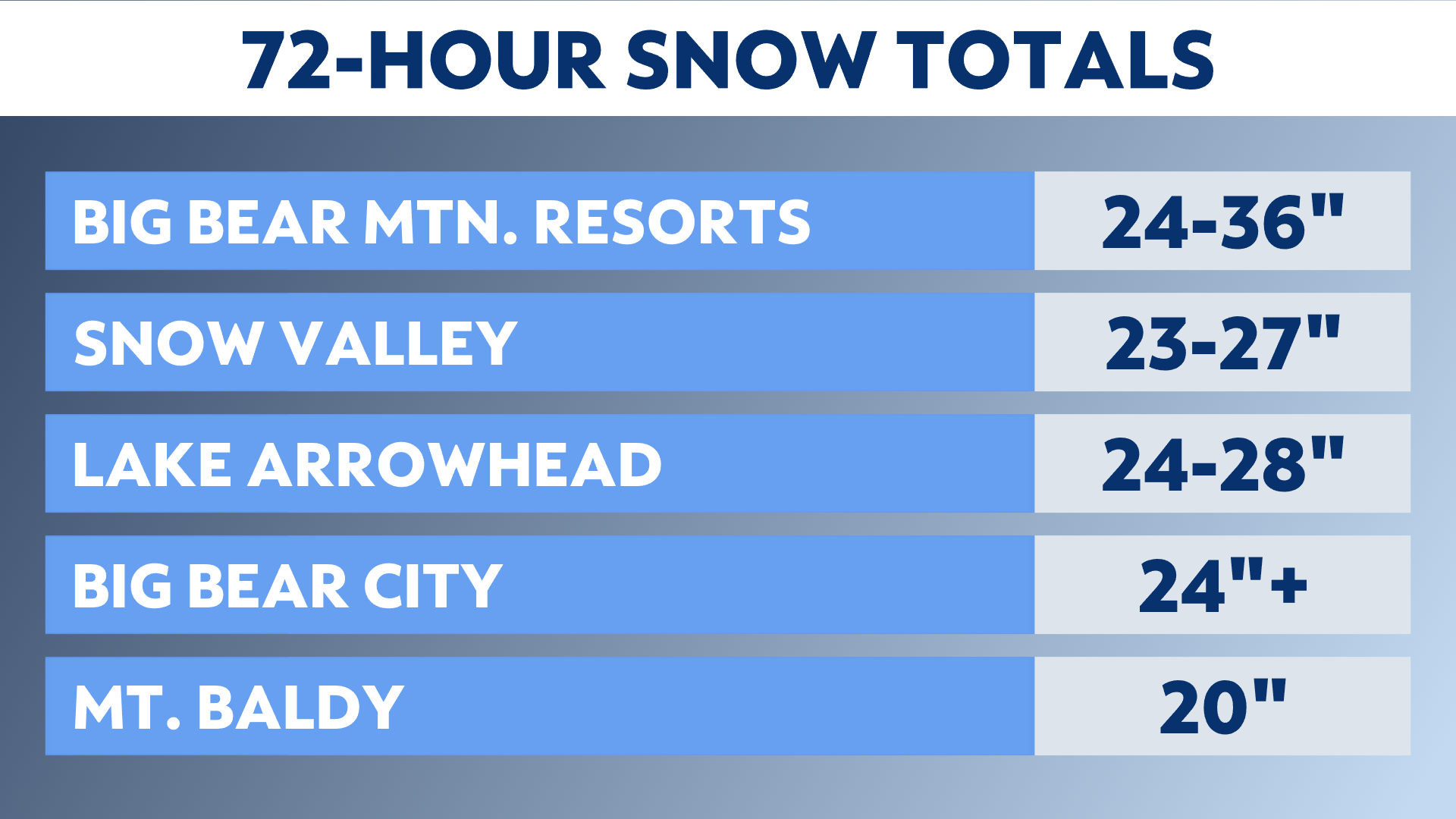 While exact figures are hard to come by, it's probably safe to say that expected snow totals like these from our third storm will help make up a decent chunk of the snow deficit. 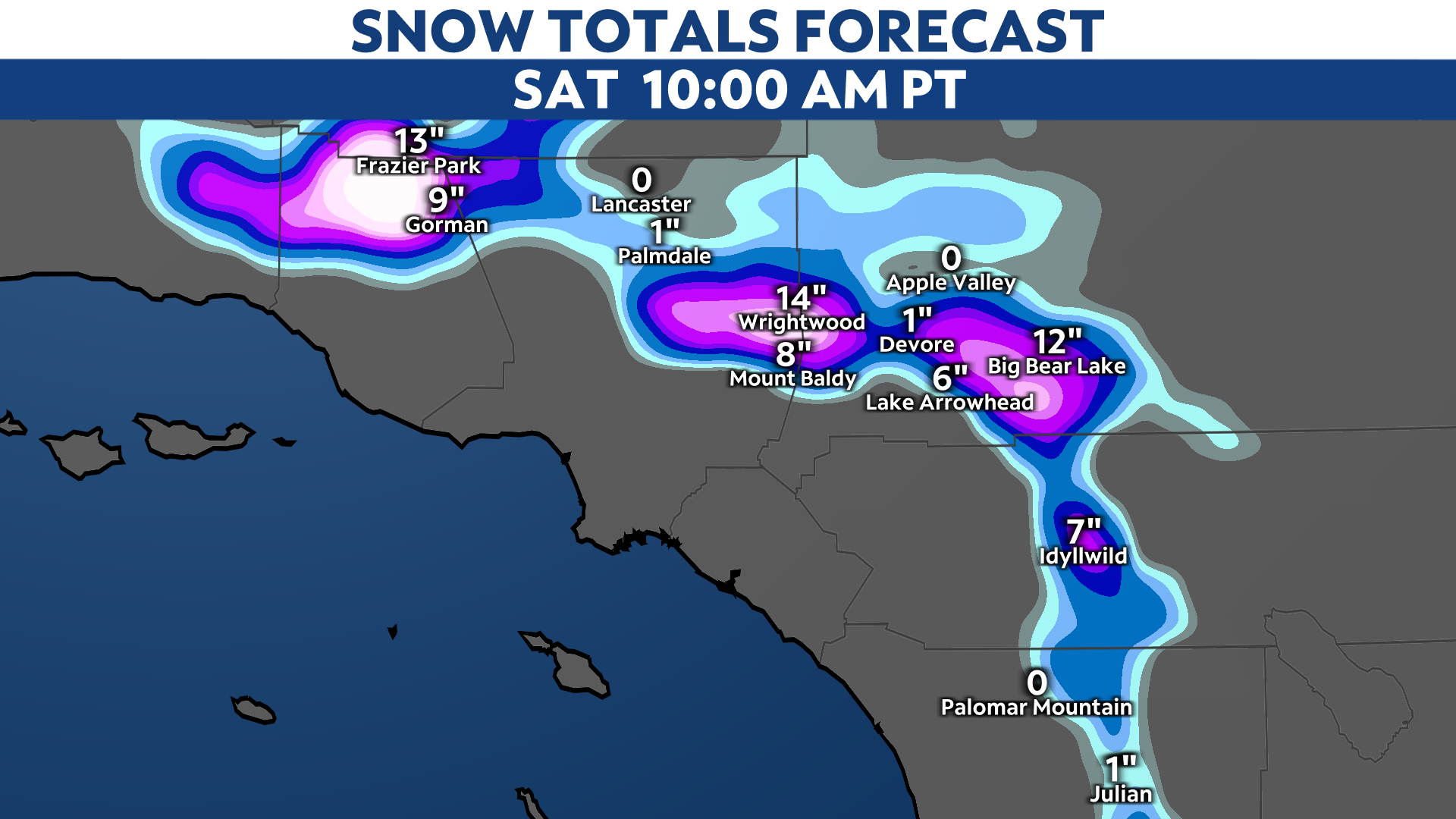 Watch Out For Flooding - Especially in Wildfire Scar Areas

But of course, all this moisture - and much of it coming over a relatively short period - could be too much of a good thing.

As always, wildfire scars will be extra susceptible to mudslides and flash flooding. That's because fire scar areas lack vegetation to properly absorb moisture, turning those areas into mud-laden and barren hillsides.

In particular, the larger fire areas in the Santa Barbara County mountains (including the Thomas Fire scar) could be extra vulnerable to flooding. The highest rain totals look to fall just north of L.A., potentially bringing the higher terrain north and west of the city greater chances for flash floods.

Notice the possible bullseye near or around Santa Barbara: 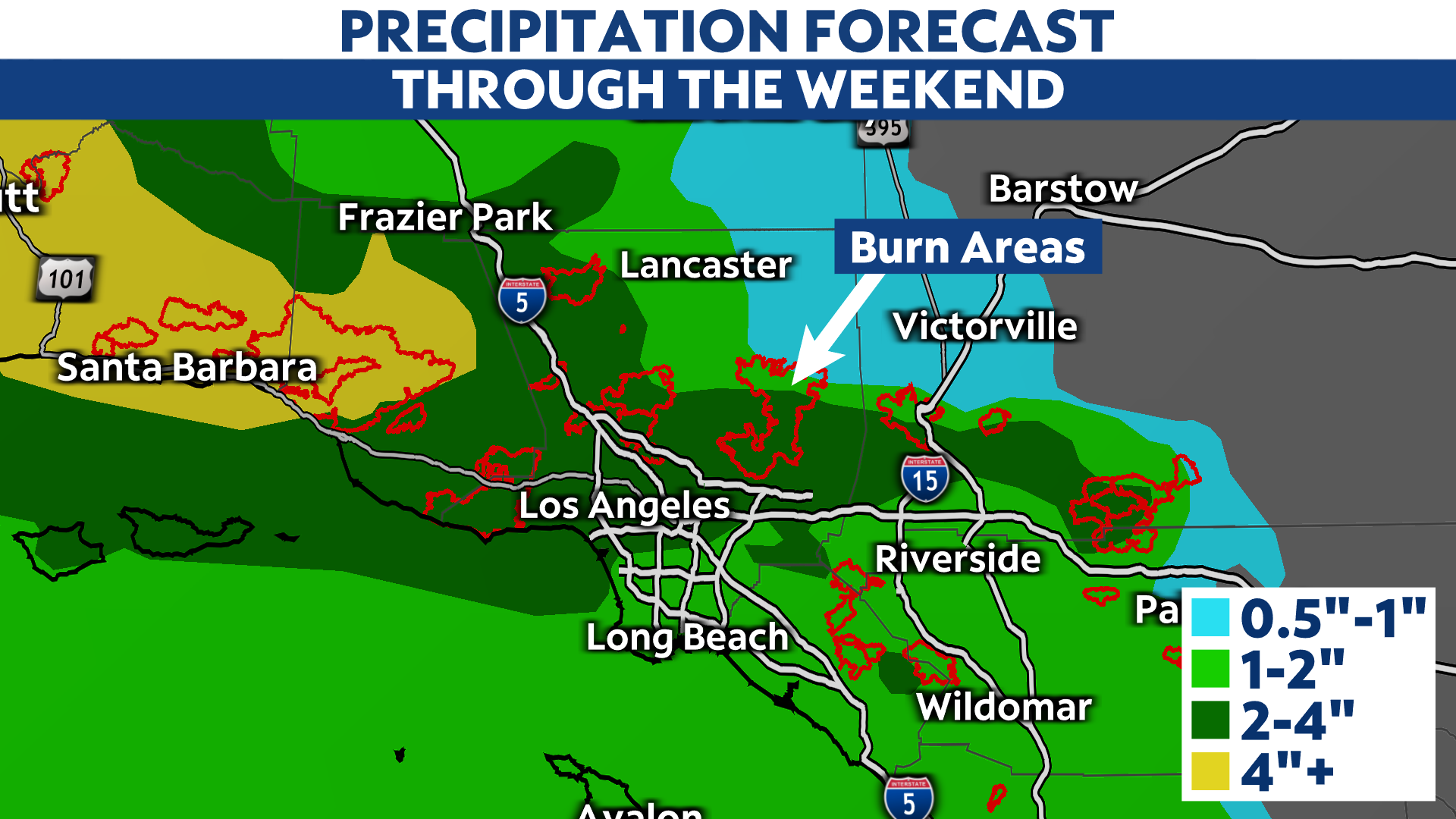 Of course, we won't get a proper sense for the pros and cons from this storm until it arrives on Thursday. But hopefully, we'll see enough rain and snow to put a proper dent in the drought while avoiding destructive landslides and mudslides.