Swell Periods: Where and When to Surf

The size of the wave is related to the swell "period." The period is the interval of time (in seconds) between two peaks in multiple wave cycles. A longer period means more energy or power. The more power or energy in a swell means the swell can travel farther and longer.

Strong storms have been moving through the North Pacific for the last week and will continue through the weekend and early next week. These storms are providing the winds needed to produce long period swells. These swells are making it all the way to Southern California.

The brighter reds and oranges in the image below show the tallest wave heights which are generated by storm winds. 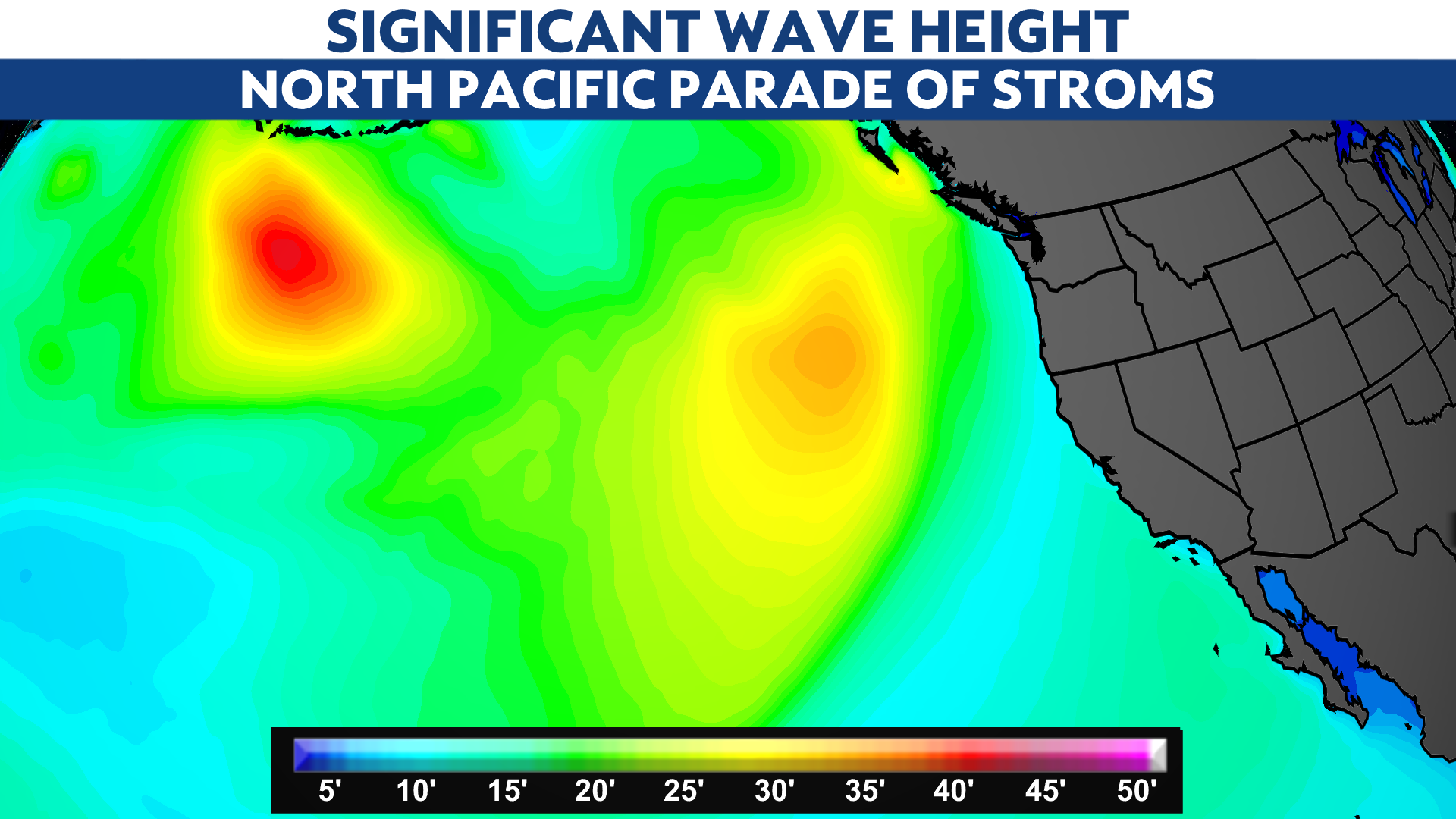 The brighter magenta colors in the image below show swell periods of 20 seconds or longer. 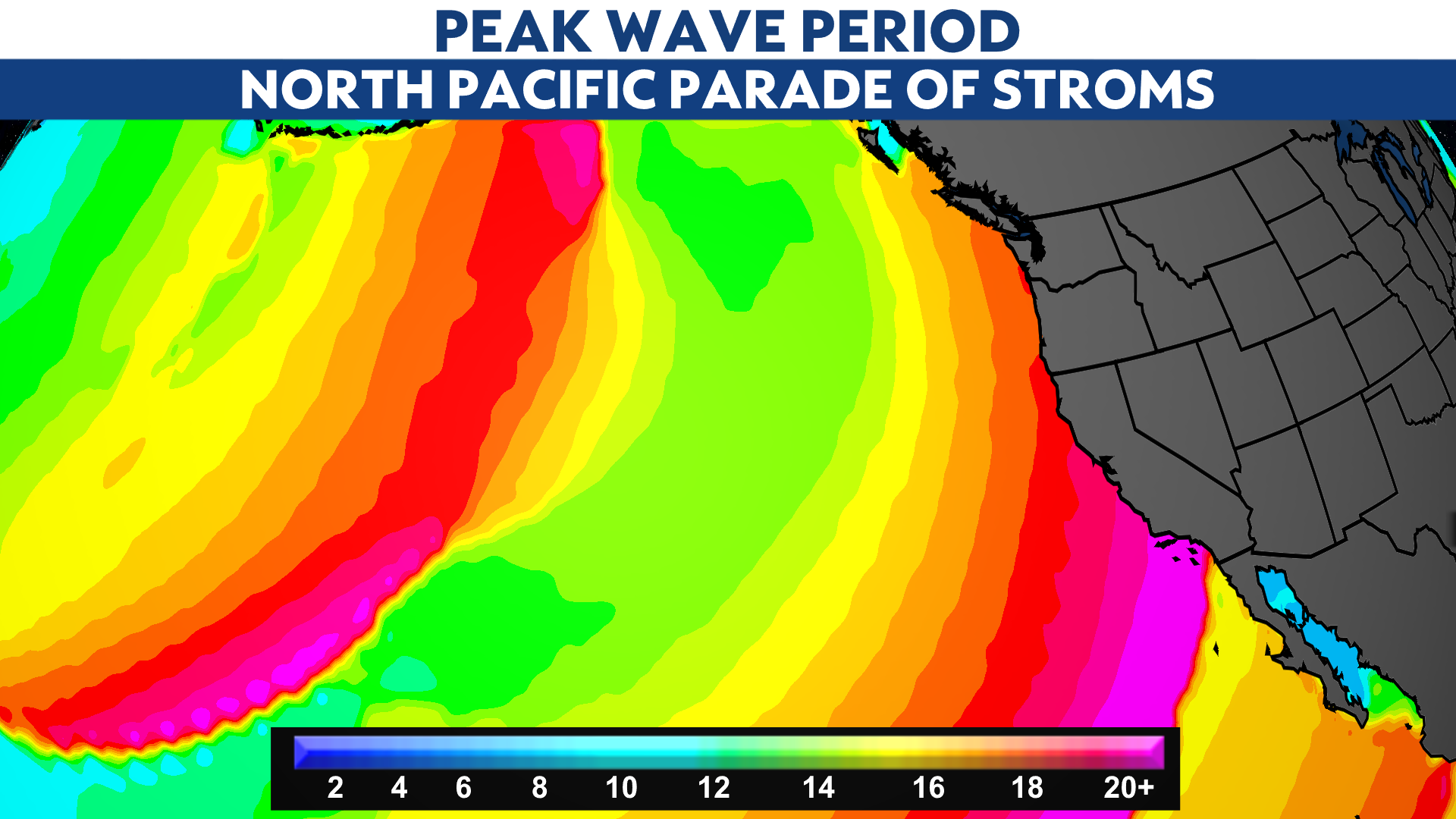 California beaches have been getting pounded by large surf for the past week and will continue to get hit through the first half of this week..

These waves are large enough that the National Weather Service has issued "high surf warnings" and "high surf advisories" through the same time period. High surf advisories, according to the National Weather Service, are issued when "breaking wave action poses a threat to life and property within the surf zone." Only experienced surfers should try to surf these waves.

North and northwest facing beaches benefit most from winter storms in the North Pacific. Most of central and northern California coastlines face west or northwest.

The famed Mavericks, which used to host the Big Wave Championship, is located in Central California just south of San Francisco. North and northwest facing breaks were forecast to see 20-25+ footers last week. 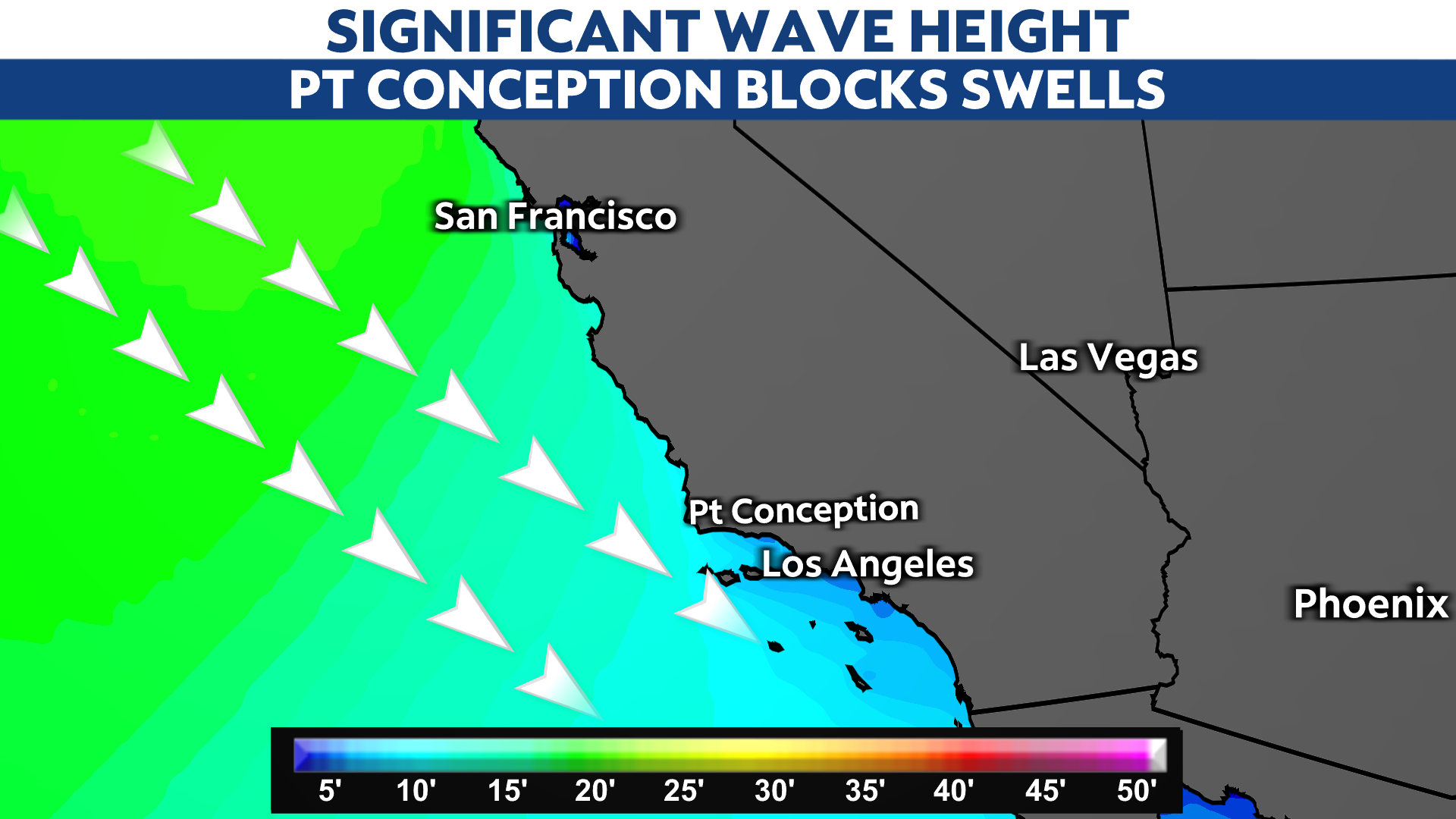 In summer, the North Pacific is dominated by high pressure, which prevents storms from forming there. Without strong storms producing high-energy, long period swells, north and northwest facing beaches get a break, or better put, a pause in big waves during the summer.

Summer is when south and southwest facing beaches get the biggest waves. The long period swells in summer are generated by hurricanes that form in the tropical waters of the Central Pacfic. South and southwest facing beaches from La Jolla Point in San Diego County to Malibu in L.A. County benefit most from a south swell. In between lie Trestles (north SD County) and the famed Wedge in Orange County. The famed Surf City is here, too. Or is it?

While the period of a swell is a huge factor in wave size, the bathymetry (topography of the ocean floor) is also important. Perhaps that's a topic for another blog.

Oh, and by the way, the real "Surf City USA" is Santa Cruz... or is it? One might say it's a state of mind. Patents have been filed. Locals of each city would say they are host to the real "Surf City." Perhaps the topic for yet another blog? The sure thing is that "Surf City" is in California, where you can catch a good wave any time of year!