During our last couple of heat waves, you may have wondered why none of our meteorologists were talking about Santa Ana winds.

But Santa Anas aren’t the only way that big heat develops across southern California. 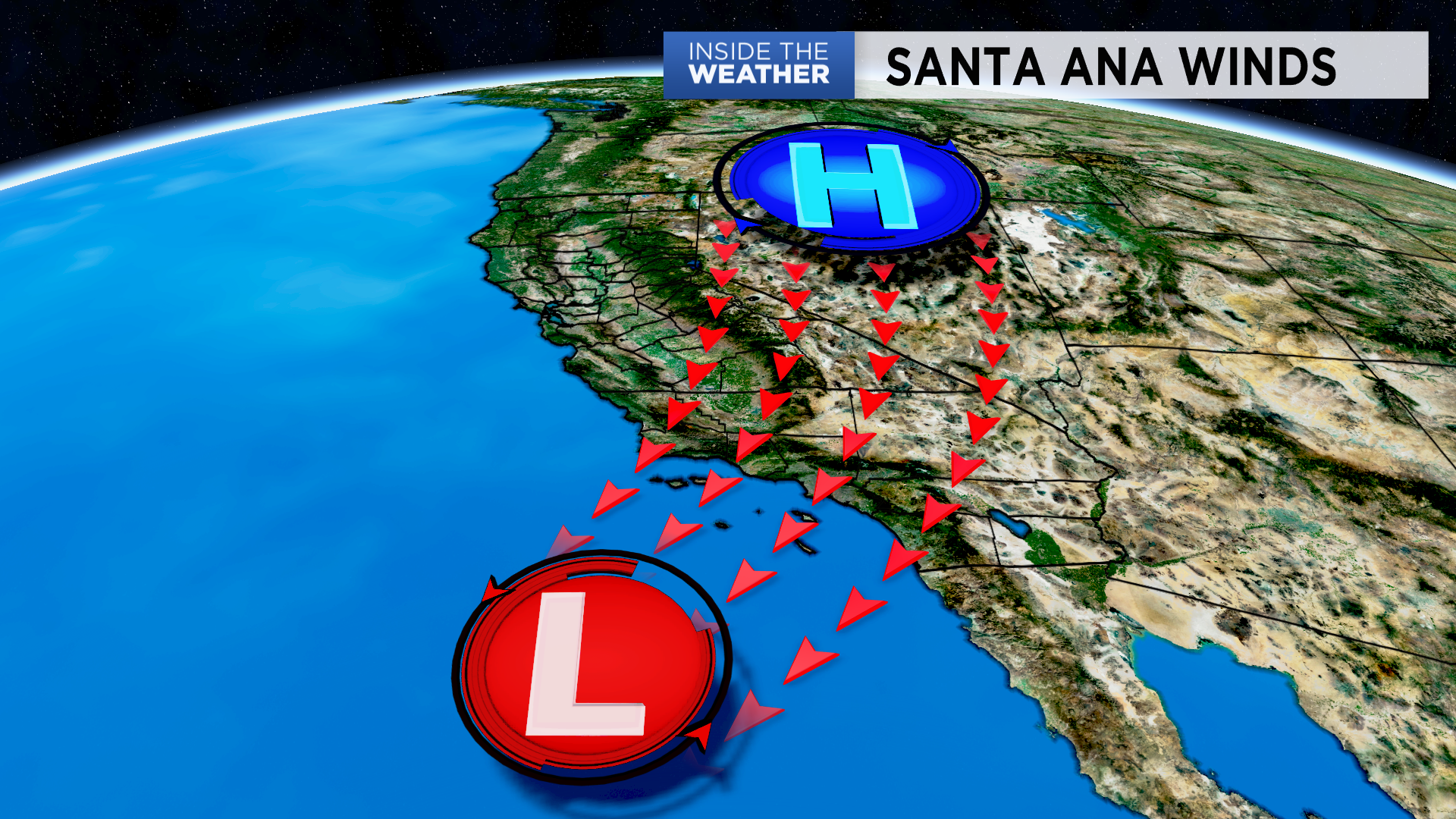 Air flows from high to low pressure, so we get northeasterly winds at the surface over southern California. These winds strengthen as they funnel through the mountain passes and canyons. 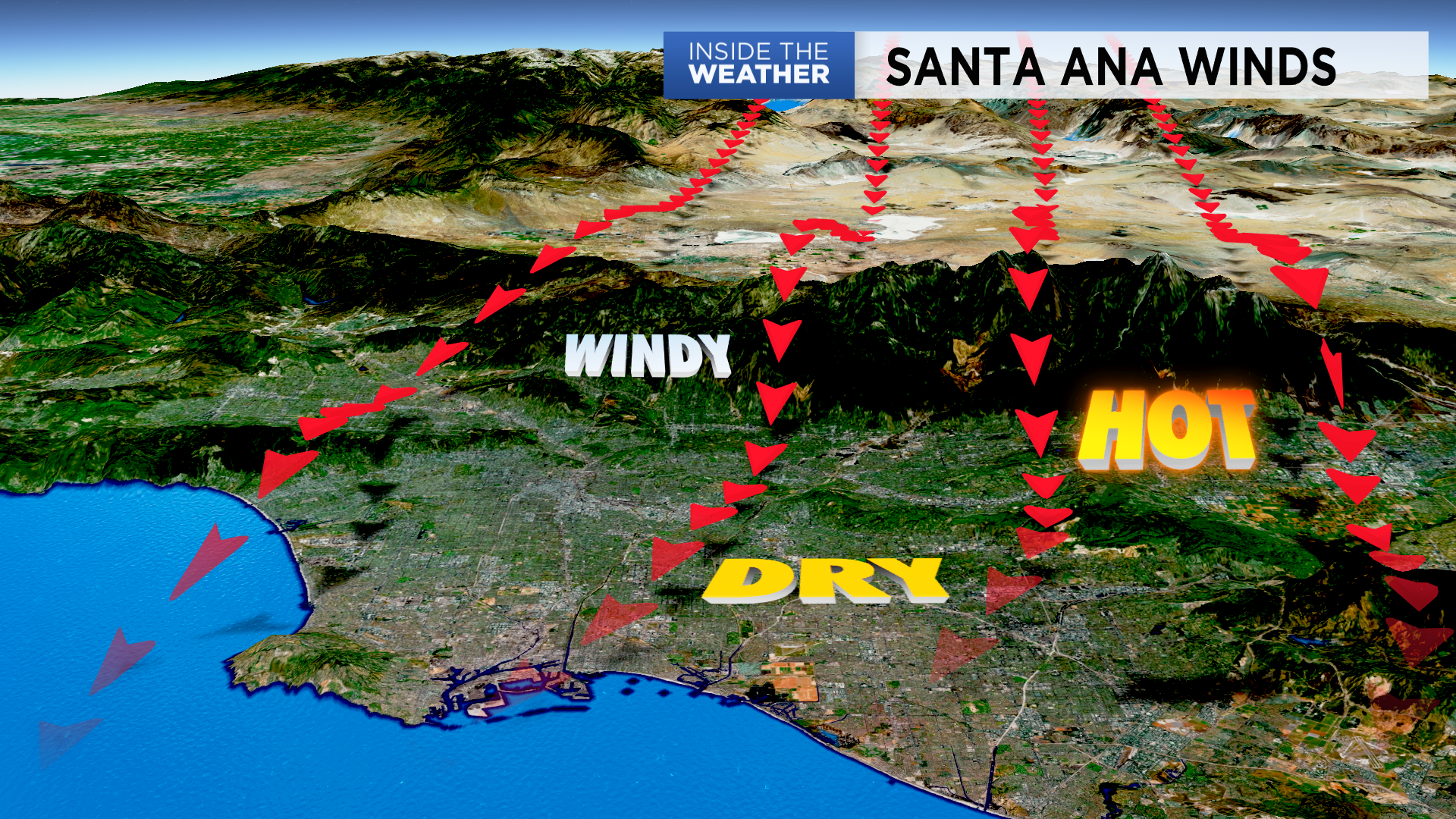 These winds also dry out and heat up, as they are compressed going from higher elevations over the high deserts and mountains to sea level. So that’s surface high pressure and how it relates to weather in southern California.

On average, this is where the jet stream is, or around where commercial airplanes fly, roughly 30,000 feet above sea level.

The map below is a 300 mb chart. Notice the 'H' over Mexico. That is where the ridge is centered. It extends northward into the central United States. 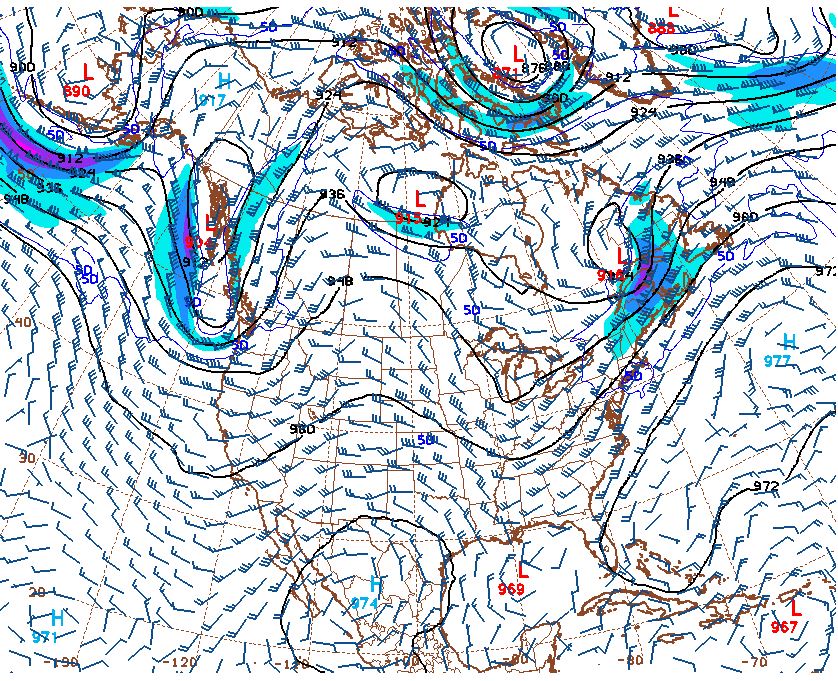 On these charts, the dark lines show constant heights of the 300 mb level. Ridges of high pressure occur where the lines form an ‘n’ shape (like a mountain ridge).

Meanwhile, troughs of low pressure occur where the lines form a ‘U’.

Under ridges of high pressure, you get sinking air, which warms as it sinks. This is called “compressional warming”. Over the eastern Pacific, we get a semi-permanent ridge of high pressure that will move over California.

When this happens, we get a warming trend or a period of weather with above average temperatures.

Another less permanent ridge of high pressure develops over Mexico, and expands north and westward. The map above shows this ridge.

When this ridge expands northward over Utah, Colorado, Arizona and New Mexico, it is called the “Four Corners High”.

Sometimes this ridge of high pressure drifts westward into southern California causing a heat wave. The more amplified the ridge is the warmer the temperatures under it is.