When you hear the word “monsoon” what comes to mind? Maybe you think of a rain storm, a thunderstorm or even a a series of storms.

For example, “It rained so much last night. It was like a monsoon came through town!” Well, that's not quite right.

In fact, the most significant monsoon is the Southeast Asian monsoon. Summers in SE Asia are extremely wet with a lot of flooding. This is probably where the misconception that I alluded to above comes from. 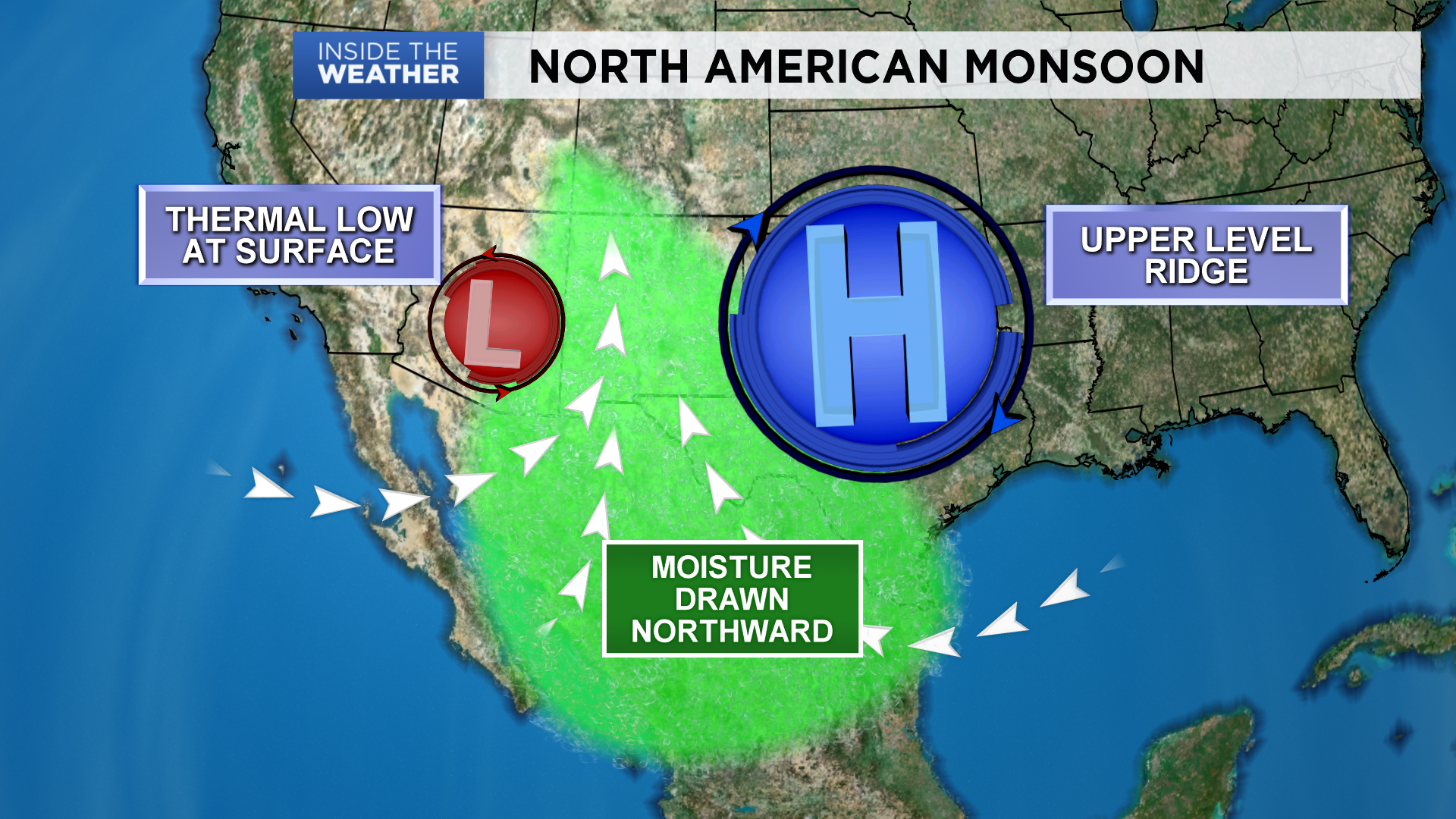 Moisture rich air is drawn into the low pressure from the Gulf of California, Gulf of Mexico and the eastern Pacific.

However, in early July this upper level ridge of high pressure moves into the Southern Plains of the central United States. When this happens, the door is open for moisture to move from the Gulf of California, Gulf of Mexico and eastern Pacific.

The position of this upper level ridge of high pressure will determine if SoCal gets some summertime rain. When the high pressure expands westward, it nudges the moisture westward. 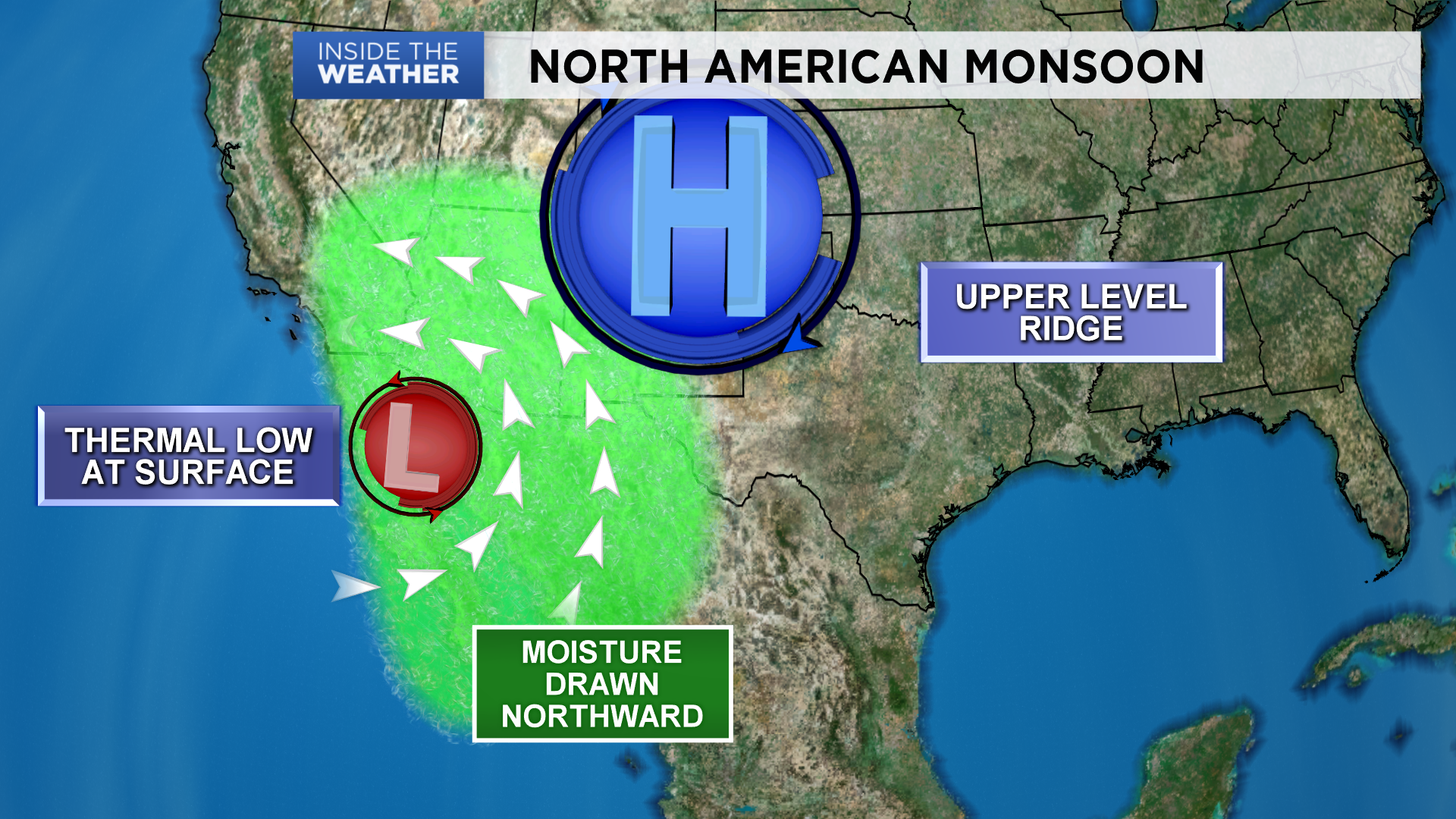 When the moisture gets pushed to the west over Southern California, we can get showers and thunderstorms in the mountains and deserts of SoCal. On some occasions, the coast and basins get in on the thunderstorms, too!

In fact, in July of 1984, the National Weather Service reports, "High pressure over the Four Corners and the remnants of Hurricane Genevieve combined to send a surge of moisture into the Southwest."

This surge of moisture formed a huge thunderstorm know as a mesoscale convective system. This system dropped three inches of rain in southern Arizona, caused flash flooding and damage worth $700,000.