How Does Smog Form and Why is it So Bad in Los Angeles?

If you’ve been away from the coastline this week, you’ve probably noticed the film of dirty air building over the basins and valleys—our region’s infamous smog.

Smog is air pollution, a term born by combining the words smoke and fog. 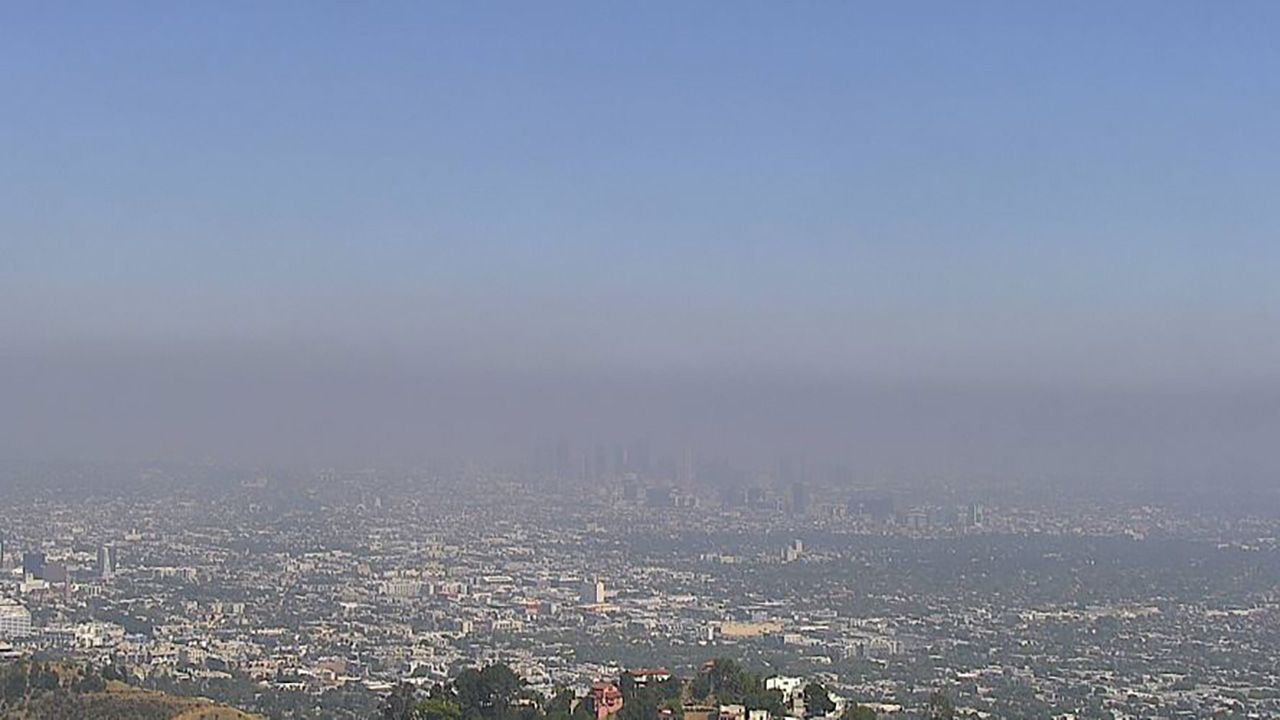 Angelenos mainly know smog as a dirty looking layer of air sandwiched between clear skies above and the cityscape below. How does this form and why is it particularly bad in Los Angeles?

Air generally cools as it rises; if air warms as it rises, that’s called an inversion because the air is inverted—put in the opposite order. Cooler air is more dense than warmer air and cannot rise above a layer of warm air under most circumstances.

Smog occurs when warmer, sinking air caused by a ridge of high pressure traps cooler air below it, creating a sliver of air that becomes stagnant and unable to clear out—and all the filth in the air starts to accumulate in that layer. 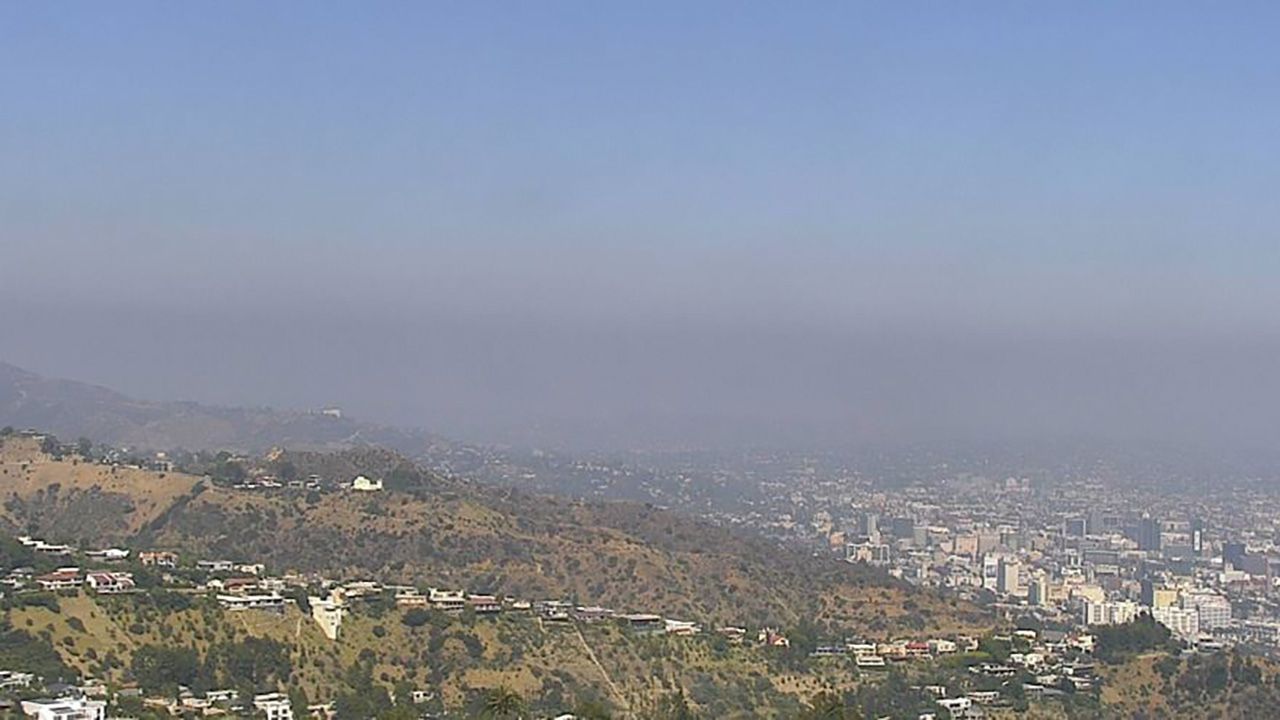 “With high pressure, there is no mixing, so the air becomes dirty like standing water,” National Weather Service Warning Coordination Meteorologist Alex Tardy says. “It’s like putting a lid [on the cooler air below] and it traps pollution, ozone, and particulates.”

Subsidence (sinking) inversions, as they’re called, occur all over the world, but Southern California is unique in that we border relatively colder ocean waters, which makes it extremely difficult for sinking air under high pressure to make it all the way to the surface.

“The atmosphere is pushing that air down but it can’t push it all the way to the surface in Southern California because it’s running into colder air,” Tardy adds.

That colder air is the marine layer—the shallow layer of cool, moist air at the ocean’s surface. The marine layer doesn’t always produce clouds, but often can. Those clouds mask the dirty air in the morning, but once they clear, smog is on full display. 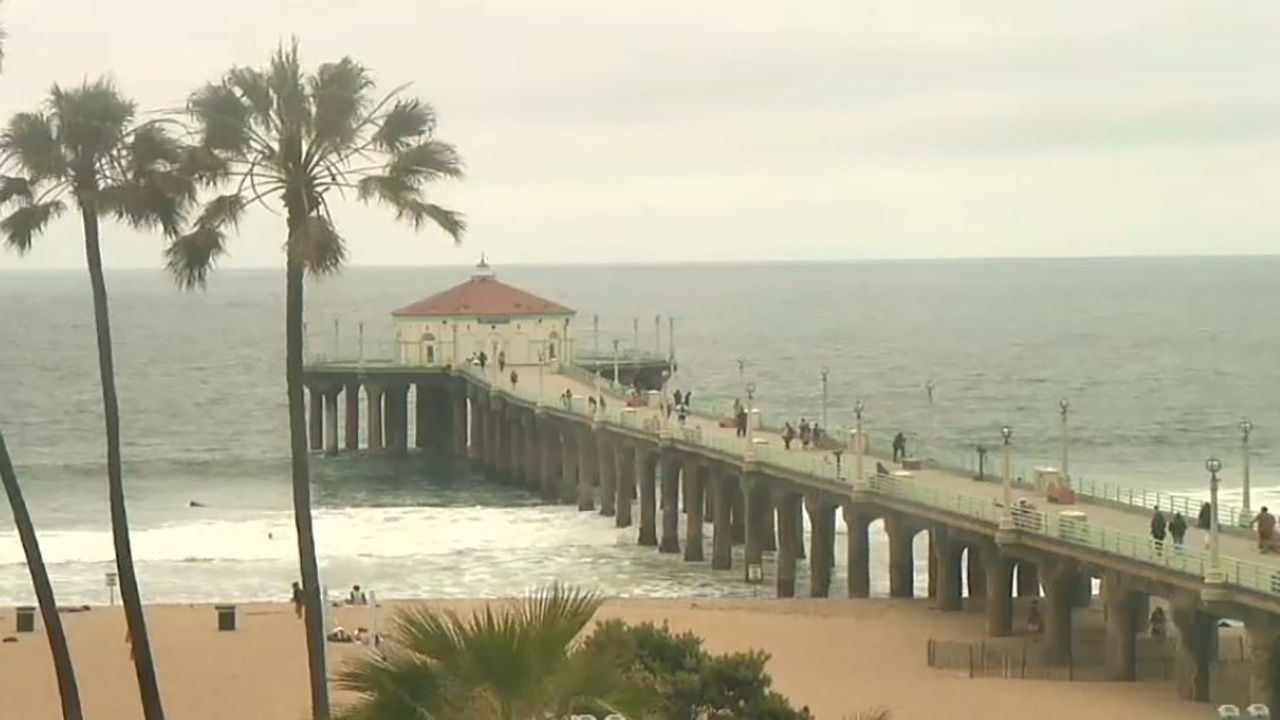 With high pressure sitting over Southern California this week, the pattern has strengthened, leading to deteriorating air quality bordering the unhealthy category. Remember, cooler air cannot rise above warmer air under our current circumstances. The only thing that can break this pattern up is a change; an area of low pressure even just brushing Southern California will mix out the upside-down layers of air.

“Sometimes it only takes something subtle to mix it out,” Tardy says. “It may be subtle but it makes a big difference for clearing out the air.”

That change comes Thursday with a low pressure system moving through the Pacific Northwest. With just enough of the cold front moving into Southern California, it will mix up our air and clear the smog, helping us all breathe a little easier.