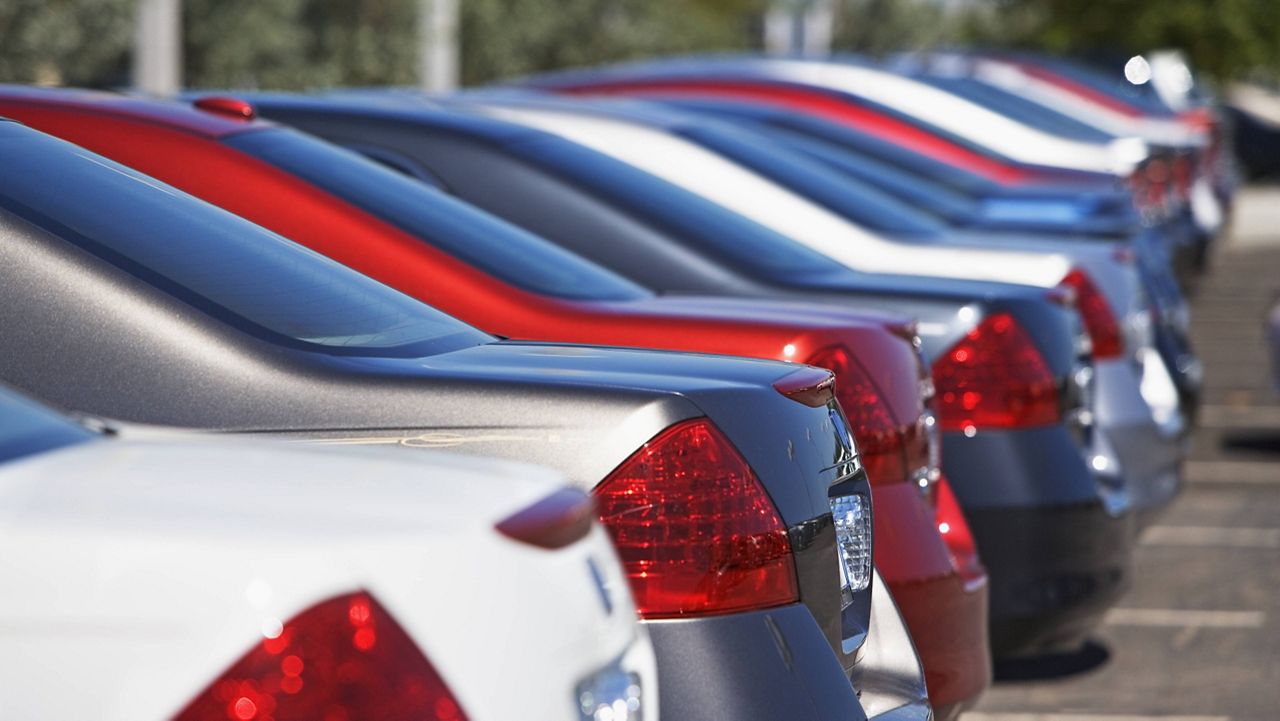 EDITOR'S NOTE: Multimedia journalist Chace Beech spoke with consumers at the Orange County Auto Show about electric vehicles. Click the arrow above to watch the video.

LOS ANGELES — Consumers are beginning to sour on car purchases following the Federal Reserve’s third interest rate hike last week. After more than a year of semiconductor chip shortages, COVID lockdowns in China and supply chain issues that severely restricted availability and jacked up new vehicle transaction prices to a record-setting $48,301 average in August, the cut-throat demand that has defined recent car shopping is finally beginning to ease.

“It now seems likely that much of the pent-up demand from limited supply is quickly disappearing as high interest rates eat away at vehicle buyers’ ability and willingness to purchase,” Cox Automotive Senior Economist Charlie Chesbrough said Wednesday during a quarterly briefing on the auto industry.

Cox Automotive predicts new vehicle purchases will finish out the year at 13.7 million. Prior to the pandemic, automakers sold over 17 million vehicles annually for five consecutive years due to low interest rates, widely available credit, low unemployment and strong consumer sentiment. But that appears to be changing.

“The impact of the chip shortage is strong,” Chesbrough said.

Until the most recent Federal Reserve rate hike, the number of new vehicle sales was mostly impeded by a lack of products, which is expected to continue and keep prices elevated. But increasing auto loan rates are now adding to the overall price tag and eroding consumer confidence.

The Consumer Sentiment Index dropped 1.5% after last week’s Fed decision. Gasoline prices, which had declined for 98 straight days since peaking in June, started climbing again in mid-September and may end higher than the average in August.

The average monthly payment for a new vehicle is approaching $750 — an almost $200 increase from two years ago. Credit is tightening, Smoke said. “We’ve seen tightening pretty much for four to five straight months. As the Fed increases the Fed funds rate, we’re seeing a corresponding increase in auto loan rates.”

Already, average auto loan rates have increased 2% since the beginning of the year. The current average is 7% for new vehicle loans and 11% for used, but Cox sees those increasing to 9% for new and 13% for used by the end of the year as the Fed continues to increase rates to tame inflation.

As high vehicle prices and increased loan costs combine to make cars increasingly unaffordable, some buyers are dropping out of the market entirely. In 2019, subprime borrowers made up 14% of the car market. They are now just 5%, according to Cox.

“Those potential buyers are dropping out of the process completely and not even trying to get a loan,” Smoke said. “A $550 monthly payment for a typical used car buyer is probably $150 too high, and as a result, they’re not even attempting to do it.”

There is, however, one bright spot. The used car market is normalizing after nearly two years of aberrant behavior. Average list prices are still significantly higher than they were pre pandemic, at around $28,000 for a three-year-old vehicle, but there are 10% more available used cars than there were a year ago.

“It’s the best it’s been at this time of year since the pandemic began. The good news is that used vehicles are back to depreciating, not appreciating,” said Cox Automotive Economic and Industry Insights Senior manager Chris Frey.

Used car prices have been flat since May and are projected to decline through the fall. Still, they are 8% higher than they were a year ago. Since September 2019, monthly payments for used cars have increased 42% from $387 to $551.

“While new inventory remains challenged, pushing more of the buyers into the used market, elevated prices for used vehicles remain,” Frey said. “We expect prices to come down a bit on the retail side through year end, but the decline is modest. The payments are expected to increase.”

Because of the high prices, more of the buyers who are still shopping for used cars are looking at significantly older cars, with 2005 model year and older vehicles selling particularly well. “It’s actually the older stuff that’s selling more than the slightly newer,” Frey said.