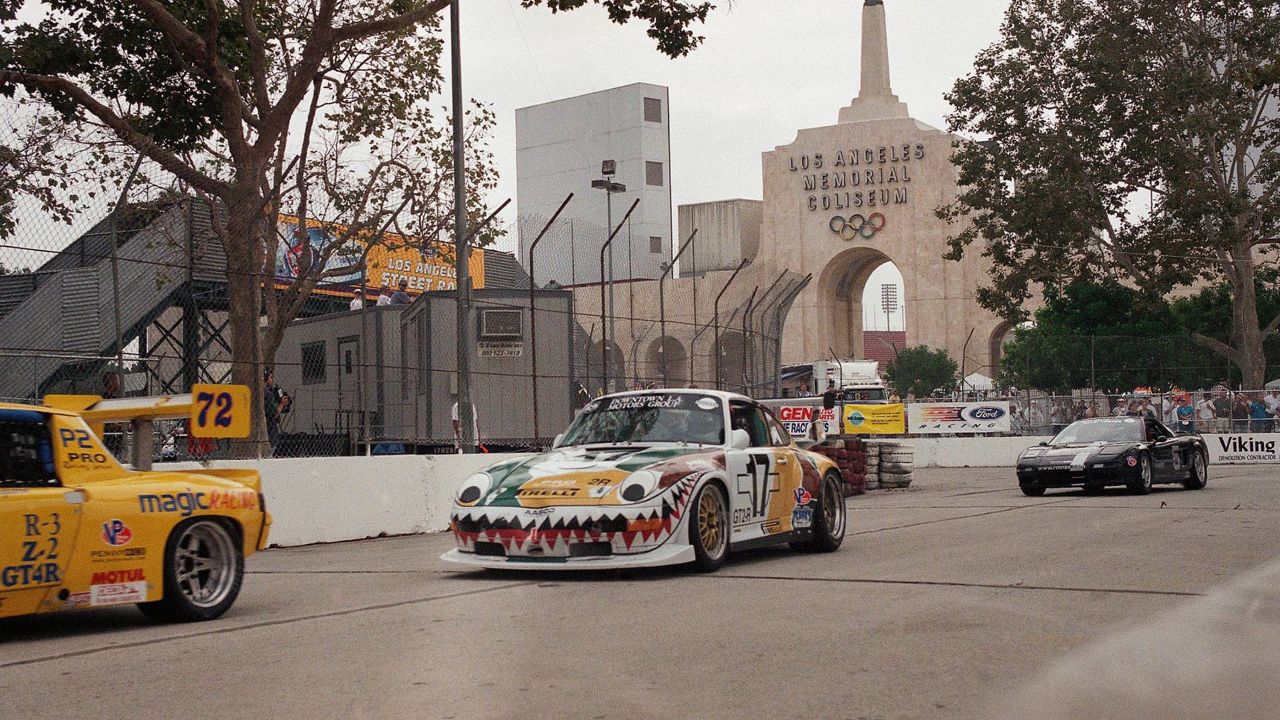 With the peristyle of the Los Angeles Coliseum as a backdrop, cars of the Porsche Pro Racing series take turn 6 of the Ford Los Angeles Street Race course, Sept. 5, 1998 near downtown Los Angeles. (AP Photo/Reed Saxon)

5 things to know about street takeovers, other types of street racing in LA

When the shutdown happened last year, streets quickly emptied out.

And that meant that illegal street racing, already a big problem in this region, became even worse.