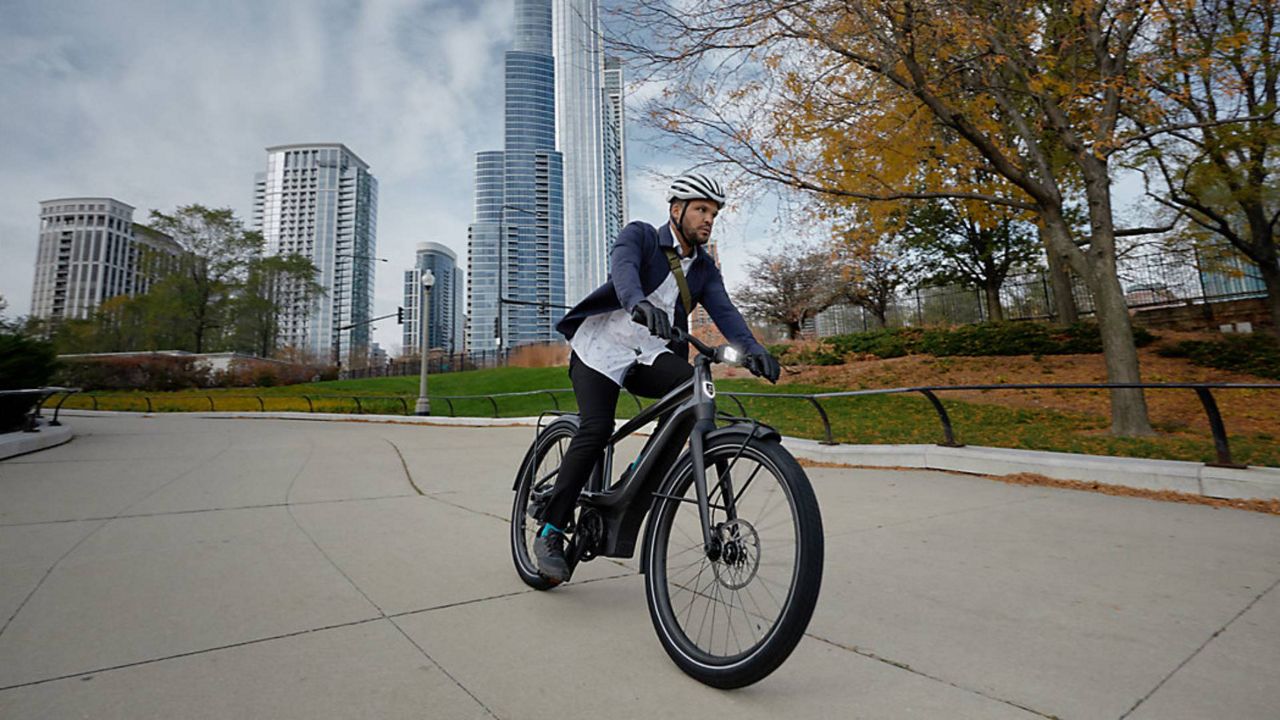 EDITOR'S NOTE: Tune in for the "Along the Ride" segment on "Inside the Issues with Alex Cohen" on Spectrum News 1. Every other Monday, digital journalist Susan Carpenter will focus on transportation, mobility, electric vehicles, and environmental sustainability in Southern California. To watch this week's segment, click the arrow above.

Powered with batteries and motors, instead of pedal power alone, e-bikes offer the lure of sweat-free exercise and faster travel with a mode of transportation that’s already familiar. Sales were already increasing before the pandemic, and they’re projected to continue to grow in the coming years. So what’s driving the market?

A Growing Number of Options

From Felt and Giant to Specialized and Trek, and every make in between, there are literally dozens of brands of e-bike. All the manufacturers of regular pedal bikes now offer at least one electrified version. There are also a growing number of startup brands selling directly to consumers online, including Super73 in Irvine and Sondors in Fullerton.

And now, car and motorcycle companies are getting in on the action Harley-Davidson’s new subsidiary, the Serial 1 Cycle Company, has four new e-bikes coming out this spring. The Italian motorcycle company, Ducati, is offering two electric mountain bikes and one street bike model for the first time. And Mercedes AMG is making a Petronas Formula One Team V11 e-bike for $12,000.

“One of the things that's happened in the last five years is every kind of bicycle there ever was, there's now an e-bike version of it,” said Stephen Frothingham, editor-in-chief of BicycleRetailer.com in Boulder, Colorado. “There are e-road bikes, mountain bikes, kids’ bikes, touring bikes, gravel bikes, fat bikes.”

Older Cyclists Are Aging Out of Pedal Bikes

Bicycling is a low-impact sport that makes it great for exercise, but it can take a toll on knees, necks, backs, and wrists, especially for older riders. A cyclist who may have started mountain biking late in the 80s “might be getting close to retirement age right now, and they want to keep riding the way they used to,” Frothingham said. The pedal assist of an electric bicycle allows them to keep riding with a little less strain.

Non-Cyclists Are Buying in

COVID inspired a lot of people to get outdoors and get active. Bicycle sales saw unprecedented growth in 2020, with pedal bike sales up almost 70% and e-bike sales up almost 160% between January and October of last year, according to the NPD Group. Much of the growth is due to “young people and older people who maybe have never really been active cyclists who saw it as being too much work. Or they might live in a hilly area and the e-bike makes it a lot easier for them to get around,” Frothingham said.

Shared transportation of all kinds has plummeted over the past year. In the early days of the pandemic, ridership on L.A. County Metro fell by half. Uber rides fell by 75%. Bird and Lime scooters temporarily halted operations for everyone except essential workers. While some forms of shared transportation have begun to bounce back, a lot of people don’t want to return to public transit or take an Uber, and they may not own a car.

“Depending on where they live and how much cycling they've done in the past, even a five- or ten-mile commute could seem like a lot, so an e-bike makes that a lot more accessible,” said Frothingham.

Bicycle Shops Accept That E-Bikes Are, in Fact, Bicycles

As recently as five years ago, many bicycle retailers did not carry e-bikes, thinking the people who rode them weren’t real bicyclists or that e-bikes themselves were merely a fad. But that started to change once traditional bicycle makers started making electrified versions that were sold alongside their pedal-powered counterparts.

Once a tiny fraction of the bicycle market, e-bikes are as much as 15% of U.S. bicycle sales today.

"They are definitely here to stay," Frothingham said, adding that e-bikes make up about half of the bicycle market in Europe. "If the U.S. goes the eway of Europe, there’s still a lot of growth to go with e-bikes."