The twist of a throttle and a wide open road have long been a tonic for a certain type of person, especially during a pandemic. And with the 2021 model lineup Harley-Davidson announced Tuesday, the country’s largest motorcycle maker is hoping to capitalize on its iconic brand of socially distanced transport.

During its first global launch event, the company teased its highly anticipated Pan America 1250 adventure bike, introduced updates to several popular touring models, and showed off a new lightweight cruiser in the hopes of turning the page on a year that saw motorcycle sales increase in COVID’s early days, only to continue their downhill slide by year’s end.

“Last year was a tough year for everyone,” Harley-Davidson CEO Jochen Zeitz said from the Harley-Davidson Museum in Milwaukee, “but I’m hoping we’re now at the beginning of brighter times ahead.” 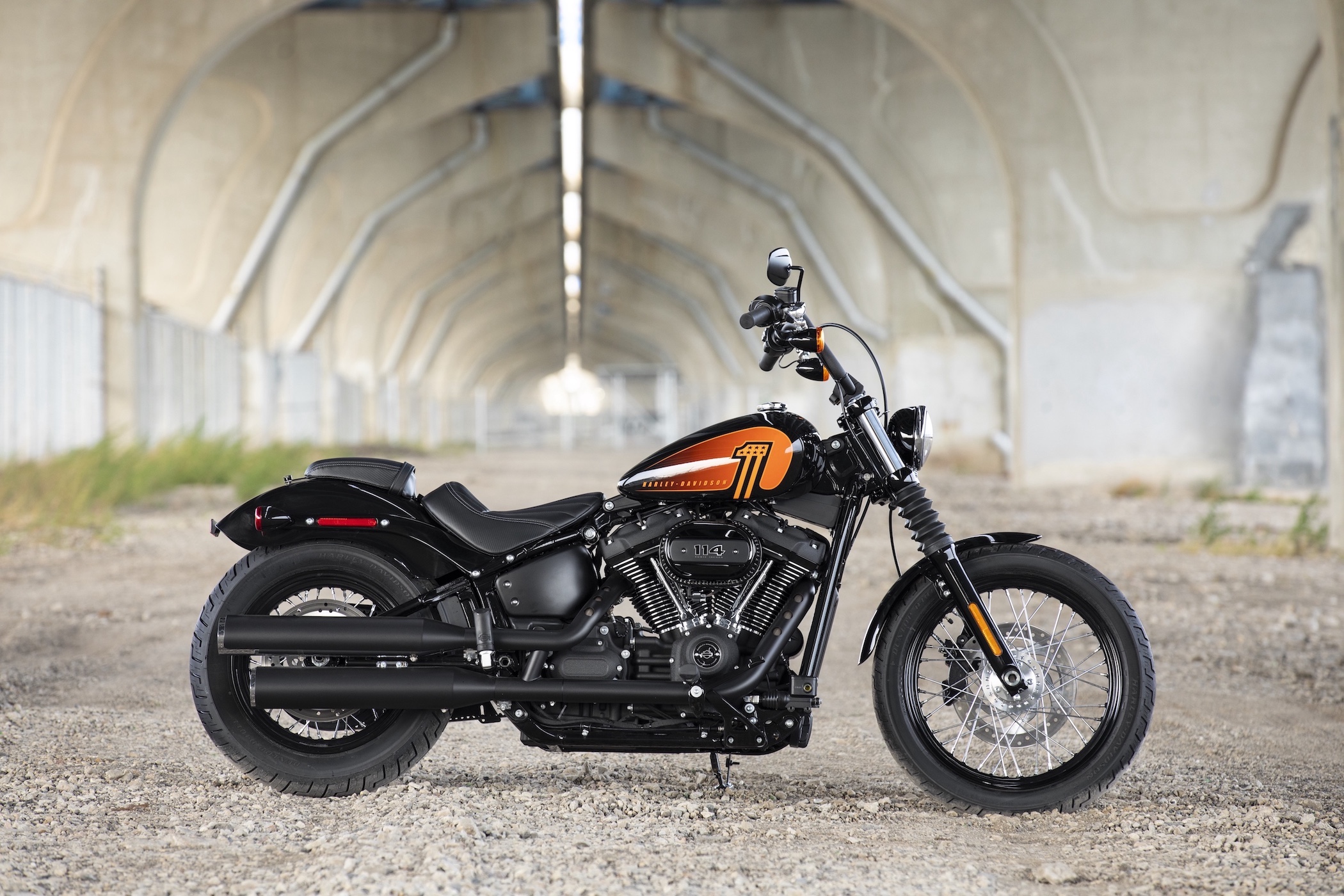 The Street Bob 114 joins seven other Softail models as one of the lightest cruisers of the bunch. A stripped-down bike with mini-ape handlebars, a chopped rear fender, and a Milwaukee-eight 114 engine to power it down the road, the Street Bob pairs macho looks with pussycat handling.

Designed for riders who are new to big twin bikes and seasoned aficionados who just want a more elemental ride, it’s a simple and spare machine with a cool new trick. Its instrument gauge is integrated into the handlebar as a digital screen, making it easier to see the bike’s speed and gas level. 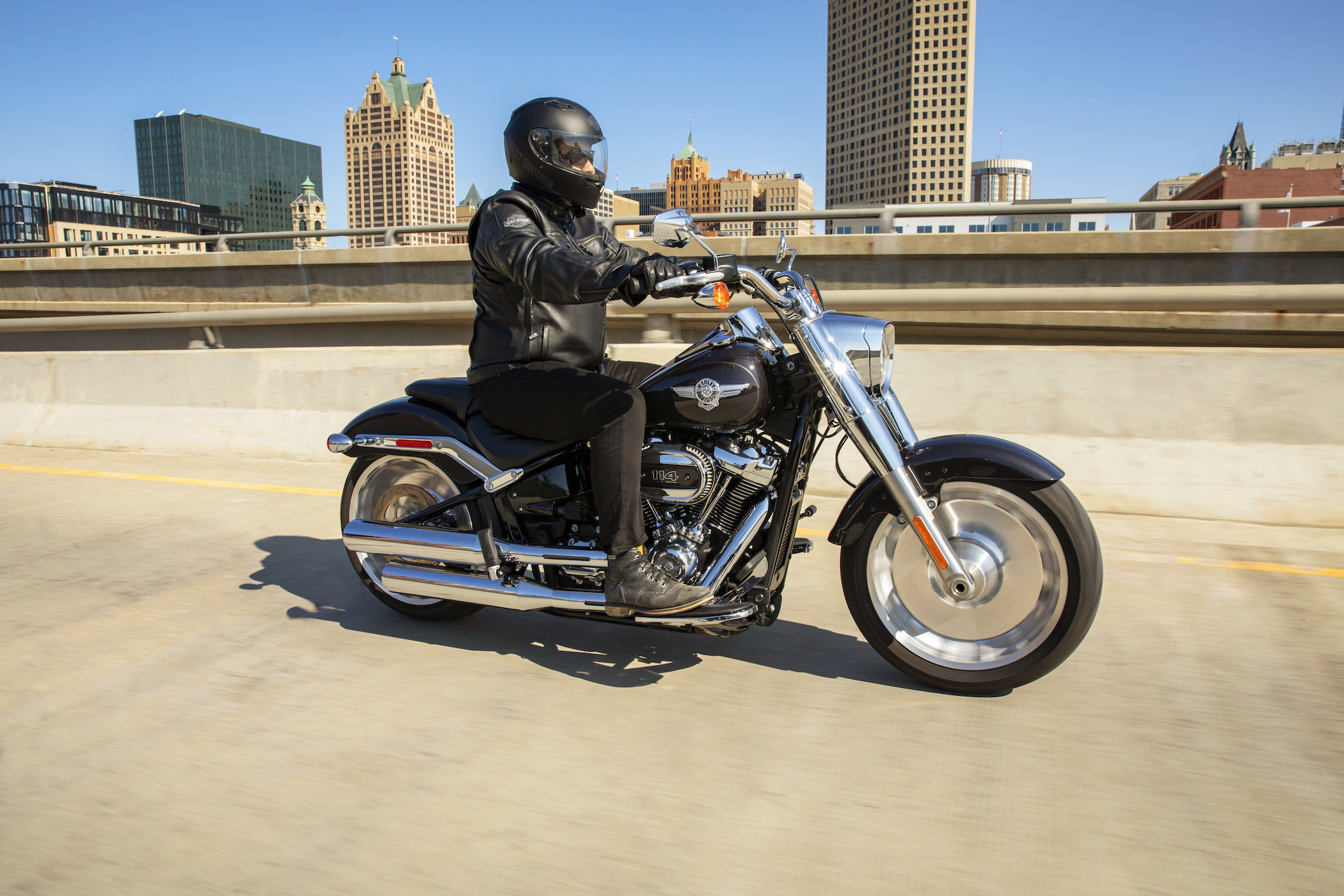 So named for its chunky stance and solid wheels, the 2021 Fat Boy gets even heftier with a wider body and wheels – and flashier with more shiny surfaces than a house of mirrors. Gone is the satin chrome finish, replaced with high-shine brilliant chrome from its fork tubes to its powertrain out to the two-into-one exhaust. 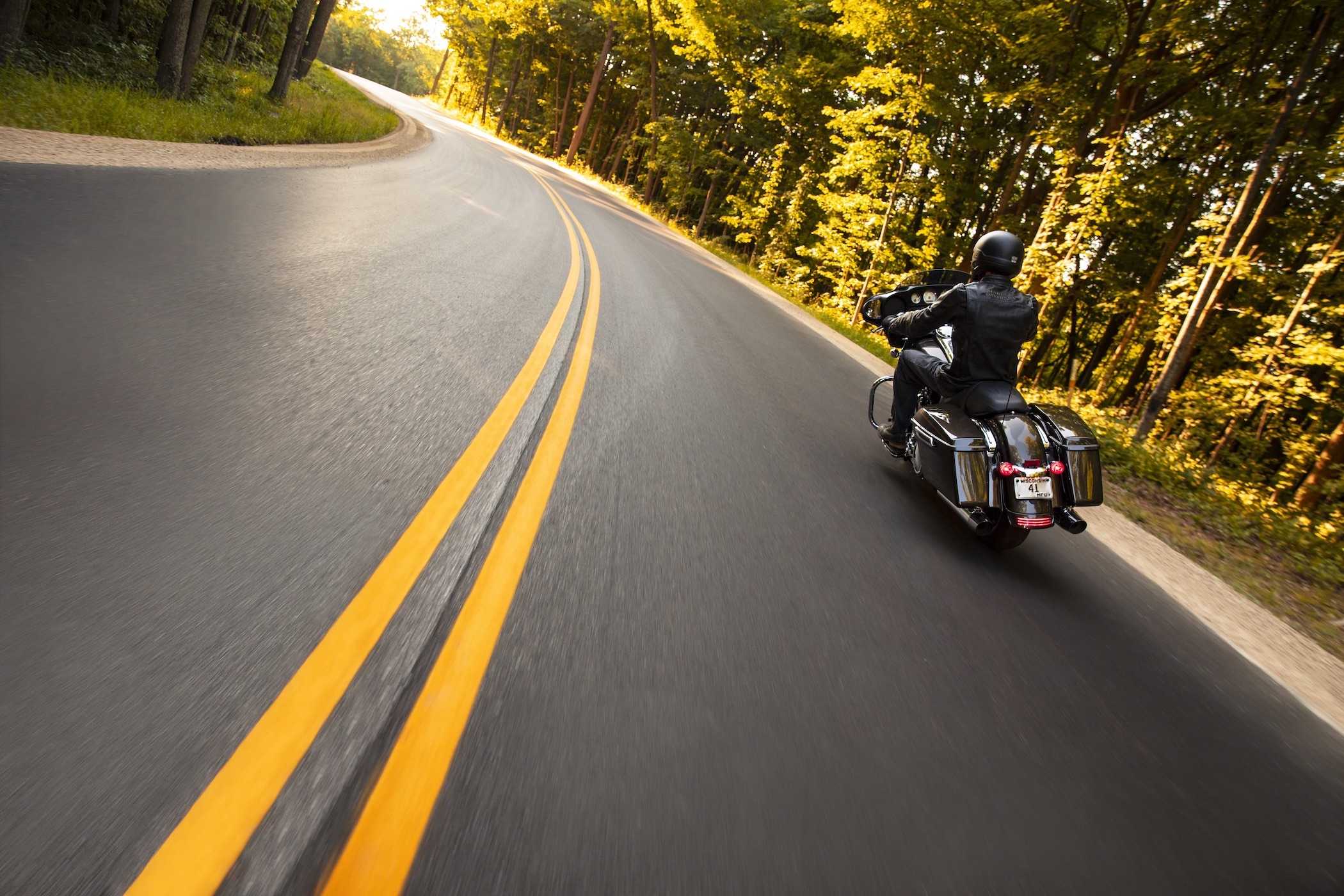 Three of the hot rod baggers in Harley’s touring bike lineup get a new look and new features, all of them powered with the Milwaukee-Eight 114 engine. The Street Glide Special and Road Glide Special have new two-tone paint schemes and the option to go dark or embrace the light with either a blacked-out or bright-chrome style.

All of Harley’s touring models come with a color touchscreen infotainment system that is now compatible with Android Auto and Apple CarPlay that lets riders connect a smartphone to the bike’s dash and access its streaming services, calling features, and navigation.

Big motor, big paint, big wheels. Those are the three pillars of the most exclusive Harleys money can buy. For 2021, the big motor is the CVO-exclusive Milwaukee-Eight 117 V-twin that is the most powerful engine Harley has ever offered as original equipment. The big paint takes many forms, but on the CVO Street Glide it includes the option of a bronze armor color with matching smoke satin chrome on various parts to create the illusion that the bike was dipped in bronze. And the big wheels, for the CVO Road Glide, are all-new cast lace wheels with cast outer rims.

The 2021 model year marks the debut of Harley’s new audio partner Rockford Fosgate, and a new sound system that uses speakers and amplifiers designed specifically for Harley-Davidson motorcycles. Included on the CVO Street Glide and CVO Road Glide, the Rockford Fosgate audio system will be available as an accessory for 2014 and later model year touring models that have a Boom! Box infotainment system.

It’s coming, but it isn’t yet available. Harley-Davidson CEO Jochen Zeitz teased the bike Tuesday by saying he’d just returned from Kenya, where he was riding the all-new adventure touring model, but details about the Pan America 1250 won’t be revealed until February 22.