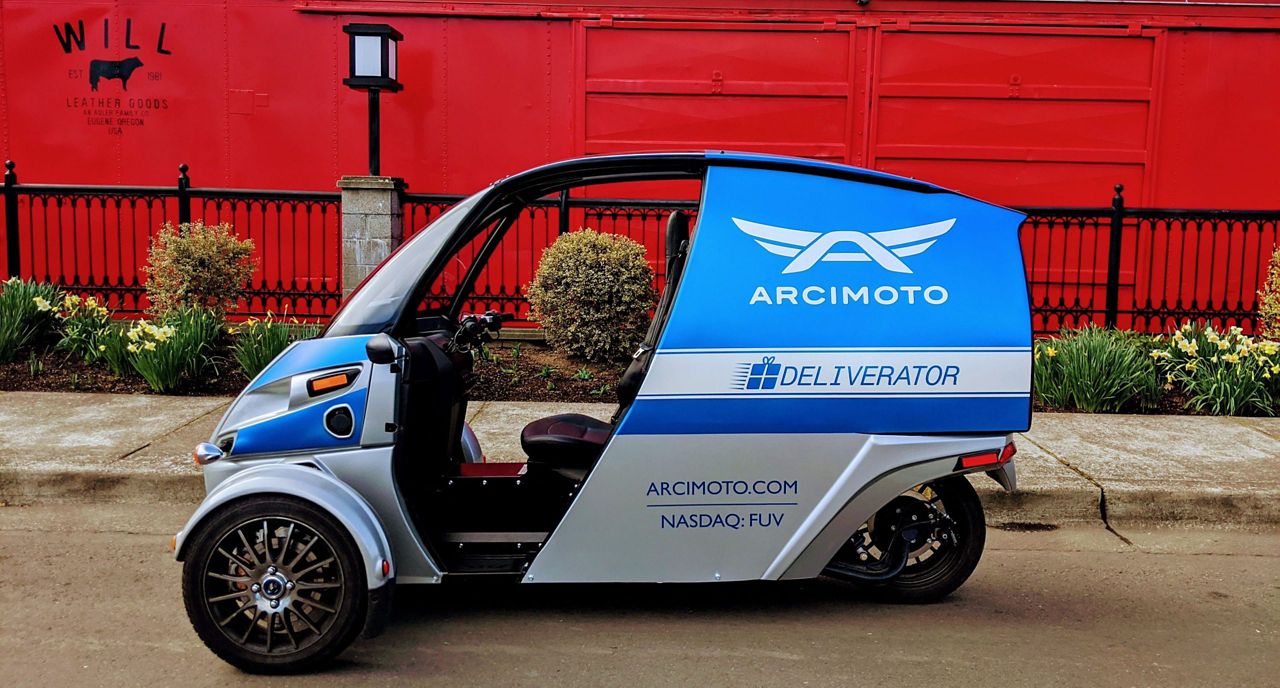 EDITOR'S NOTE: Tune in to the "Along the Ride" segment on "Inside the Issues with Alex Cohen" on Spectrum News 1. Every other Monday, digital journalist Susan Carpenter will focus on transportation, mobility, electric vehicles, and environmental sustainability in Southern California. To watch this week's segment, click the arrow above.

SANTA MONICA, Calif. — Whether it’s the Breeze bike share or Bird scooters, Santa Monica has long been at the forefront of innovative transportation.

Funded with a grant from the California Governor’s Office of Business and Economic Development and coordinated through the Los Angeles Cleantech Incubator, the new pilot program seeks to lower emissions and decrease traffic for food and parcel deliveries. While it does not prohibit vehicles powered with fossil fuels or ban large delivery trucks, there’s no need to have a large truck delivering small packages or food, Vito explained, especially when they double-park or block bicycle lanes.

The one-square-mile, zero-emissions delivery zone will be located in Santa Monica's main shopping and dining hub: Main St. It will span from the city’s southern border at Dewey St. to Wilshire Blvd., and from the ocean eastward to Lincoln Blvd. 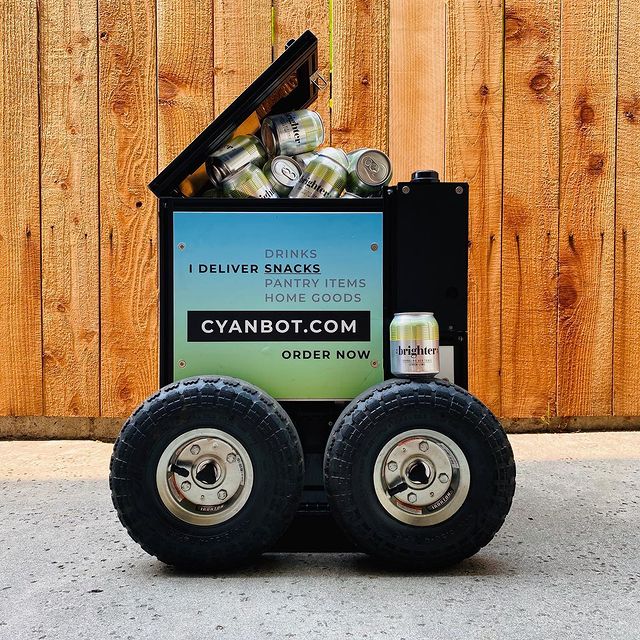 “We’re hoping to allow some of the restaurants that have been struggling so much to keep a higher portion of their revenues from food delivery by taking advantage of some of these other options,” Vito said.

Santa Monica has already partnered with a handful of companies for the pilot, including the Pasadena startup Rollo scooters, the food waste recovery group FoodCycle LA, and the furniture company IKEA — whose deliveries in the zone will be handled with electric Nissan delivery vans leased through the truck-sharing service Fluid.

Additional companies are likely to join, including a handful that are currently operating in Santa Monica. The electric ride-hail operator, Circuit, has been operating its golf carts in the same area as the zero-emissions delivery zone, transporting passengers. Cyan Robotics is already using a handful its human-powered bots to make restaurant deliveries along Main Street.

"The pilot is aligned with our vision of the company," said Zach Rash, co-founder and CEO of Cyan Robotics, based in Santa Monica. "We see how much a couple pounds of food is being transported just in this region, tens of thousands of times a day, and it’s being done with 4,000-pound gas-powered cars. It just doesn’t make a lot of sense."

Cyan Robotics is currently operating 15 bots and plans to add another 35 in the coming weeks. 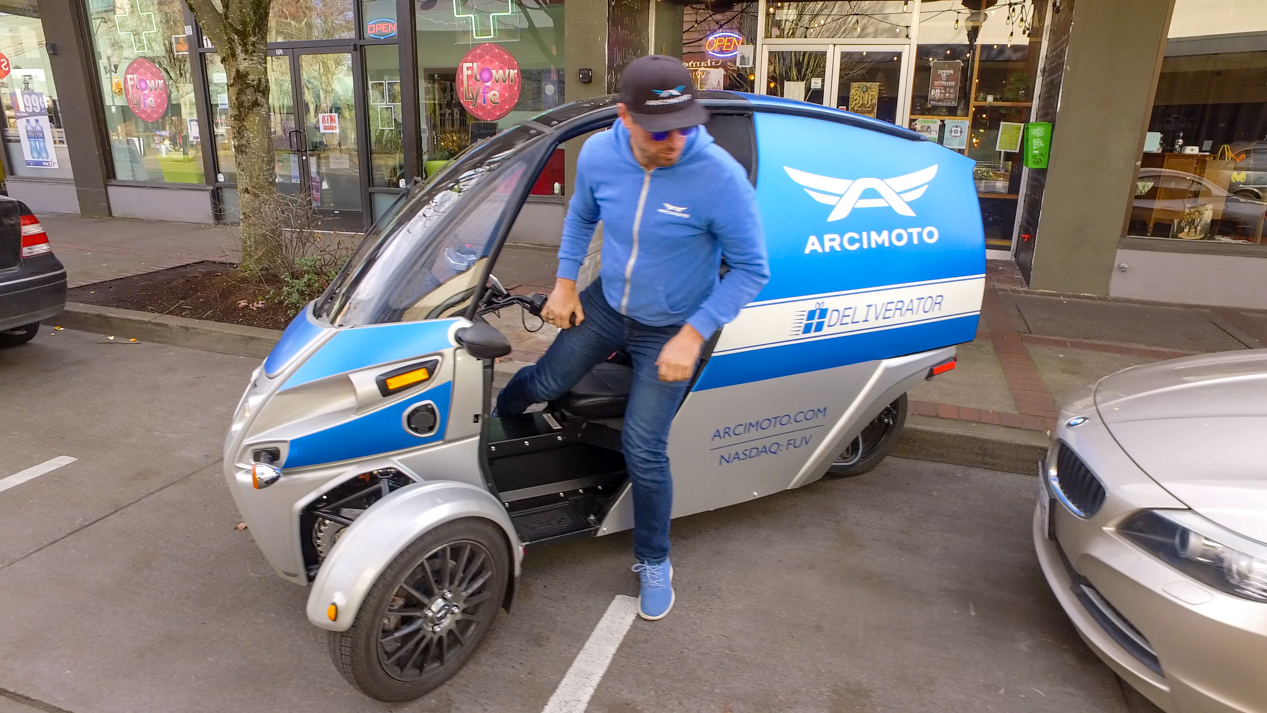 The zero-emissions delivery zone pilot is poised to address a trend that was well underway before the pandemic and has only accelerated as a result: a rush to online shopping and the crush of traffic-producing, emissions-generating delivery vehicles needed to bring them to customers’ doorsteps.

“Think about the last ten orders you placed online — how many of them showed up in small boxes?” said Mark Frohnmayer, founder of Arcimoto, the manufacturer of an all-electric three-wheeler called the Deliverator, which has more than 20 cubic feet of cargo space and can carry up to 350 pounds. The Deliverator is currently being used for grocery deliveries in L.A. with the ridesharing rental car service HyreCar and is applying to be part of the Santa Monica pilot.

There are any number of cargo-carrying vehicles that are zero emissions while also being small, maneuverable, and parkable. All of them are hoping to usher in a new era of efficient transportation that will be accepted by the mainstream. 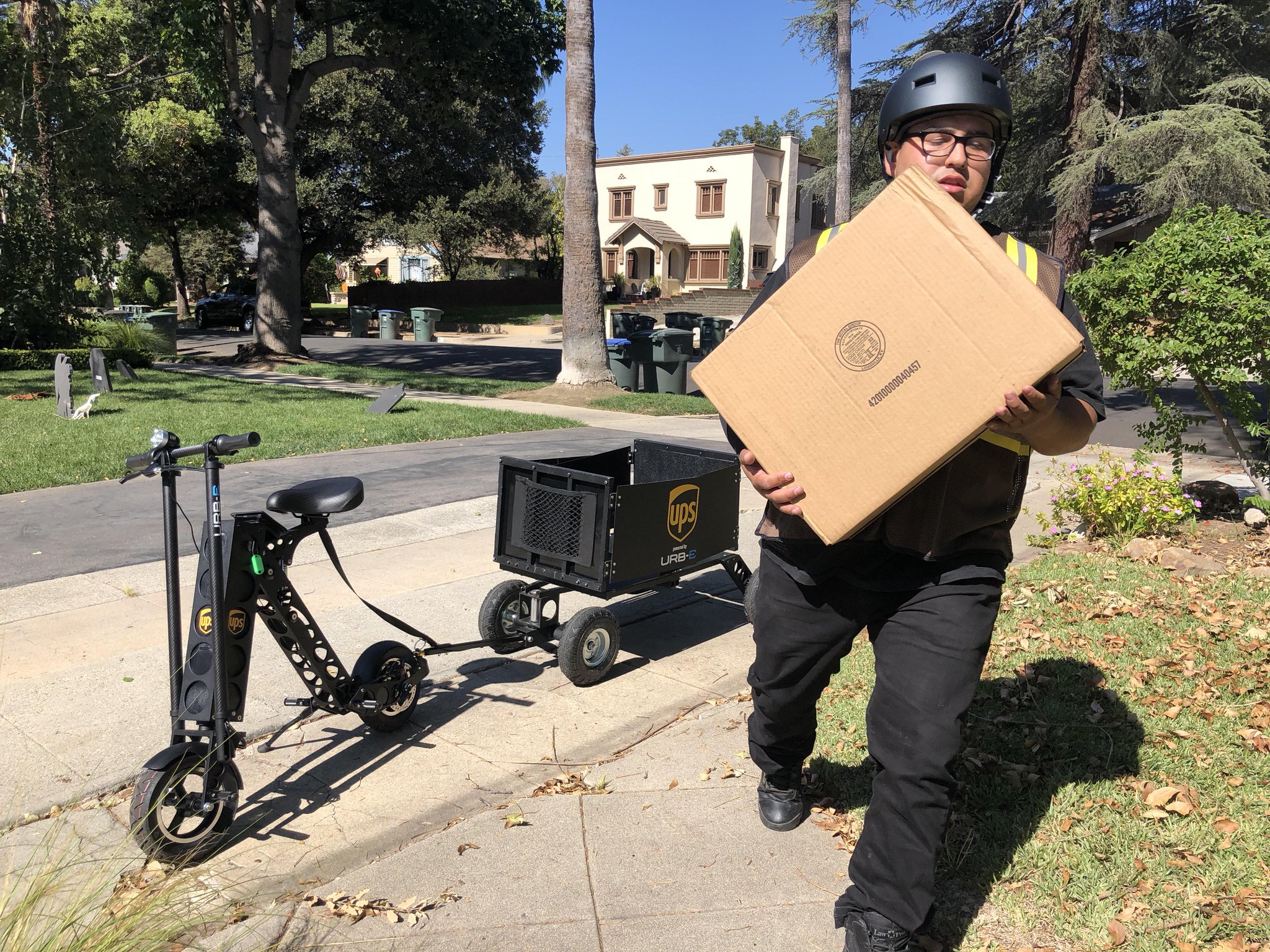 URB-E, based in Pasadena, partnered with UPS last year to make deliveries using its system of foldable electric scooters that can haul carts with 1,000 pounds of cargo. Its vehicles are able to travel in bicycle lanes so that they don't get stuck in traffic and don’t contribute to it. The idea is that larger trucks will bring loads of cargo to a city’s edge, and URB-E’s system of scooters and trailers would take them into the city itself to distribute them to customers.

“There’s the potential to deliver much higher-quality service by having this sort of delivery structure rolled out through the city,” said Charles Jolley, chief executive of URB-E. “We can enable totally new services or make same-day and ultra-fast delivery cheaper.”


Santa Monica is creating as many as 20 loading zones within the delivery area, each of which will repurpose one to two parking spaces for exclusive use by zero-emissions delivery vehicles. The city is working with an artificial intelligence company to mount video cameras on street lights near designated curb locations that will be used for pickups and dropoffs.

The companies participating in the pilot have stickers on their vehicles that allow them to be tracked by the cameras. The software will then use that data to see how many vehicles use the zones and how much time they spend.

“We’re pre-solving a lot of these problems that will pop up in the future as we roll it out across the country and others roll it out,” said Steve Moelk, IKEA’s project implementation manager for zero-emission delivery. “Implementing these technologies for real in a zone like this, a tremendous amount of learning can happen here.”

That learning, Vito explained, could then be applied to other parts of Santa Monica and, eventually, cities throughout the country that struggle with the same issues of traffic congestion and air pollution.