The Future of LA Metro, According to CEO Phil Washington

LOS ANGELES — If you’ve taken a train or bus lately, you’ve likely noticed: there aren’t a whole lot of people taking public transit these days. Ridership is down by half for the Los Angeles County Metropolitan Transportation Authority, or L.A. Metro, having been clobbered by COVID-induced stay-at-home orders and the shuttering of many businesses.

With a projected $1.8 billion deficit over the next two years, L.A. Metro has reached out to the federal government to help shore up its finances. So we reached out to its chief executive, Phil Washington, to learn how the agency plans to navigate its way forward.

Transit agencies throughout the country are suffering, and many have had to delay or terminate improvement plans. But L.A. has been laying the groundwork to host the 2028 Olympics. How are those preparations being affected by Metro’s budget shortfall?

We set a goal of having 28 major transportation infrastructure projects completed in time for the Olympics. I still feel good that we can get close to that done, if not all of them done. It’s going to be a stretch because it’s really just seven years from now, but if I can get construction on all these projects started in the ground by 2023, we’ve got a good chance to get them all done by 2028. 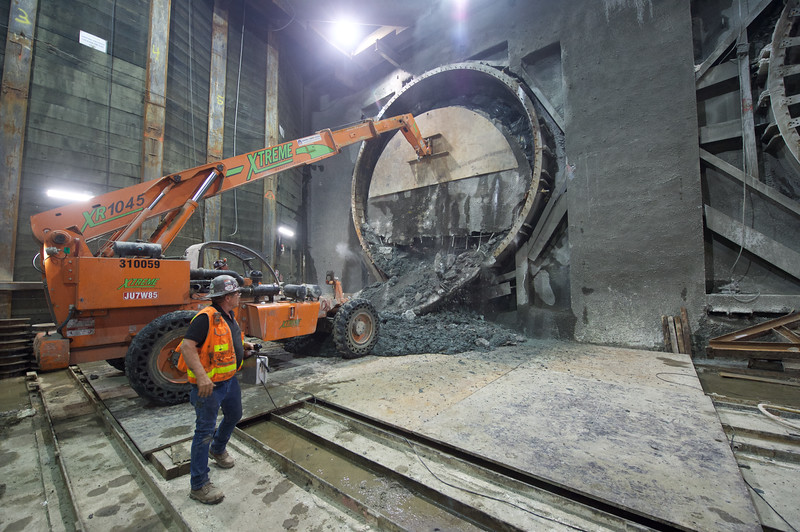 Have any projects been affected so Metro can conserve funds right now?

Yes. I’ve created two buckets: one bucket is work to continue, and the second bucket is projects and programs that had to be deferred three to six months. In bucket one are our operations: that’s our buses and trains on the street right now. We’ve got to keep doing that. On the capital side, in bucket one, are projects that we have under construction right now: the Crenshaw project, the Purple Line sections going out to the VA hospital through UCLA, the Gold Line going further east to Claremont, the regional connector downtown and around Little Tokyo, the airport connector. We need to start on that airport connector to connect rail to the airport. Those are in bucket one and must continue.

Those are projects that are mostly in the planning stage: the Sepulveda transit corridor, the Artesia line, the San Fernando Valley rail line. All of those projects are primarily in planning and not construction. 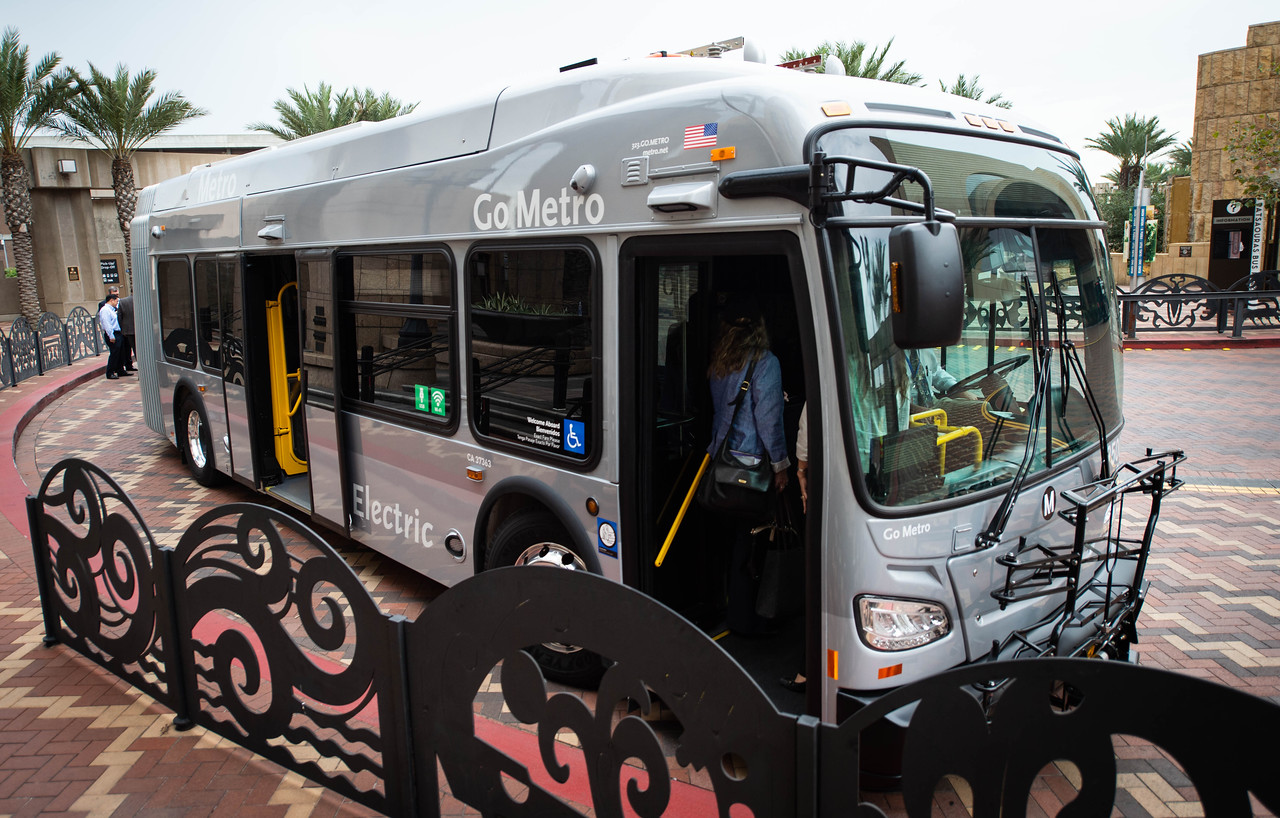 L.A. Metro’s 28 by 28 project list has a lot of very ambitious, progressive plans to improve how we get around, including the electrification of the entire bus fleet, faster bus lines that use dedicated lanes, microtransit, congestion pricing. Are those still moving forward?

We’re moving forward on all of those. The congestion pricing pilot, we are doing the study right now. The study itself was initiated in late 2019, and it’s going to take 18 to 24 months to complete. We’re halfway into that now. The traffic reduction program is what we call it, and that will lead to some sort of pilot program, so that continues.

Our commitment to a zero-emission bus fleet is continuing. We’re starting that electric fleet and infrastructure right now with the Orange Line, and we will kick that off this month on July 27th. The bus company has already delivered 19 60-foot electric buses. We’ll have 40 on the Orange Line before the end of the year, and then we’ll start electrifying the Silver Line in 2021. We’ve committed to electrifying our entire fleet by 2030.

What factors are contributing to Metro’s budget deficit?

The biggest factor is, of course, lost revenues, specifically sales tax revenues. Sixty percent of our annual budget is sales tax, so when the state shut down because of the pandemic, and restaurants closed and all of that occurred, it led to a tremendous decline in our sales tax revenue that has created just a major funding loss for Metro. We’ve lost fare revenue as well, because fewer people are riding transit. Typically our fare revenue is $300 million a year. We’ve pretty much lost that, so it’s really affected our operating costs in a huge way, and that is contributing to that decline.

It has increased our operating costs exponentially. We have the increased cleaning of our buses and trains and stations and the procurement and purchase of PPE. We are putting those numbers together now, but it’s in the millions. 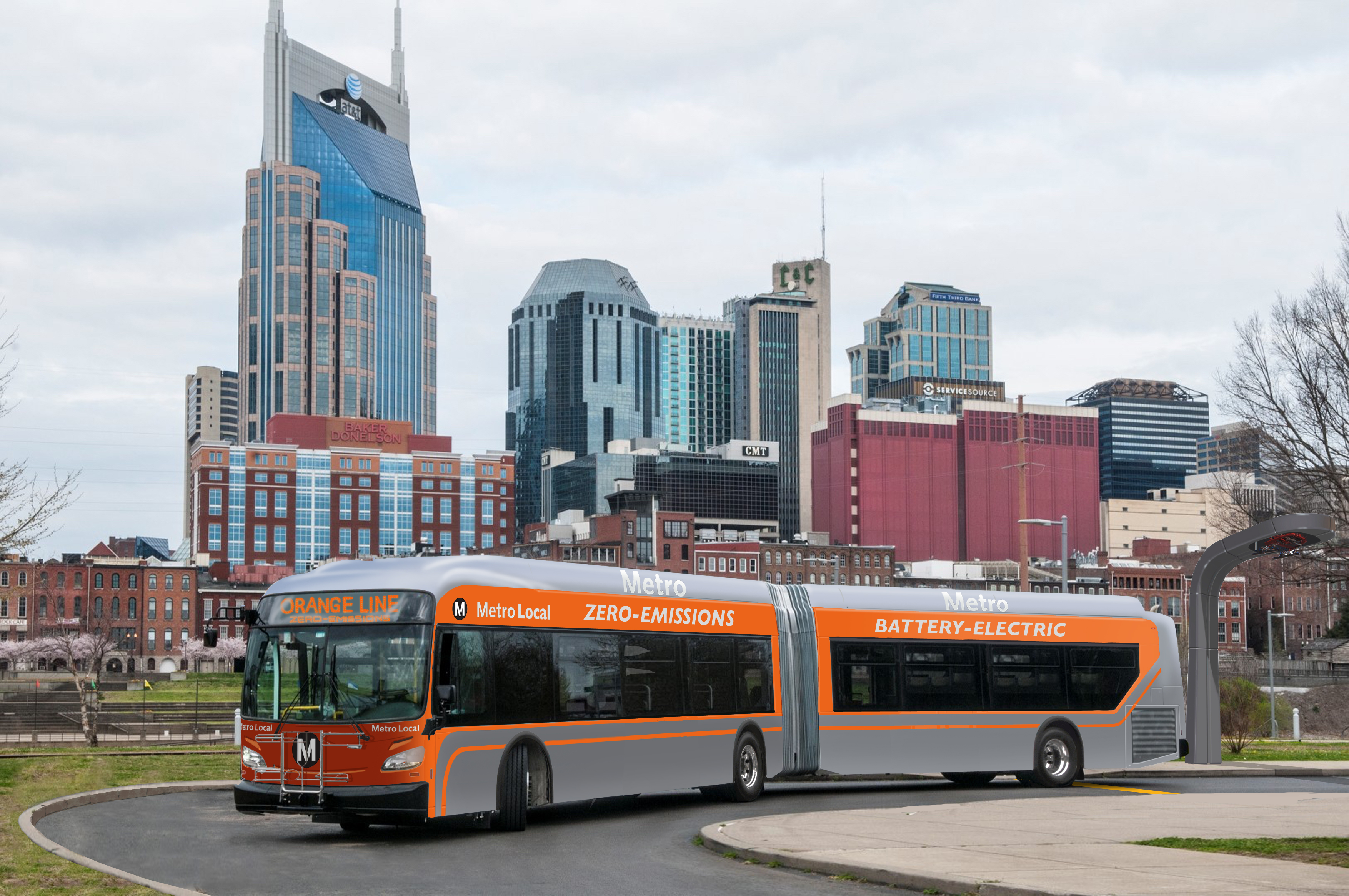 L.A. Metro is one of 26 transit agencies across the country that’s reached out to Congress for financial help. Realistically, how much do you think your agency will receive?

Let me first say that we are grateful that Congress, in a bipartisan manner, provided transit agencies all over the country with CARES Act funding. That was the first stimulus. We haven’t drawn down any of that money, because we haven’t received that yet, but that will be about $700 million and is already over subscribed. The second piece is the HEROES Act approved out of the House in Congress for $3 trillion. The Senate has said no way, no how will it be that much, so they are deliberating right now. But our needs go well beyond the CARES Act. We need between $1.5 and $1.9 billion.

The head of San Francisco’s transit agency told the New York Times over the weekend that it will “fall off the financial cliff in 2023” without federal funding. Are you projecting a similar fate for L.A. Metro?

I’m a little more optimistic. I think there's still a lot of people who will depend on Metro. Our ridership has inched up since the stay-at-home order. Before the pandemic, we were typically carrying 1.2 million people a day. We got down to 275,000, and now we’re almost back up to 600,000. 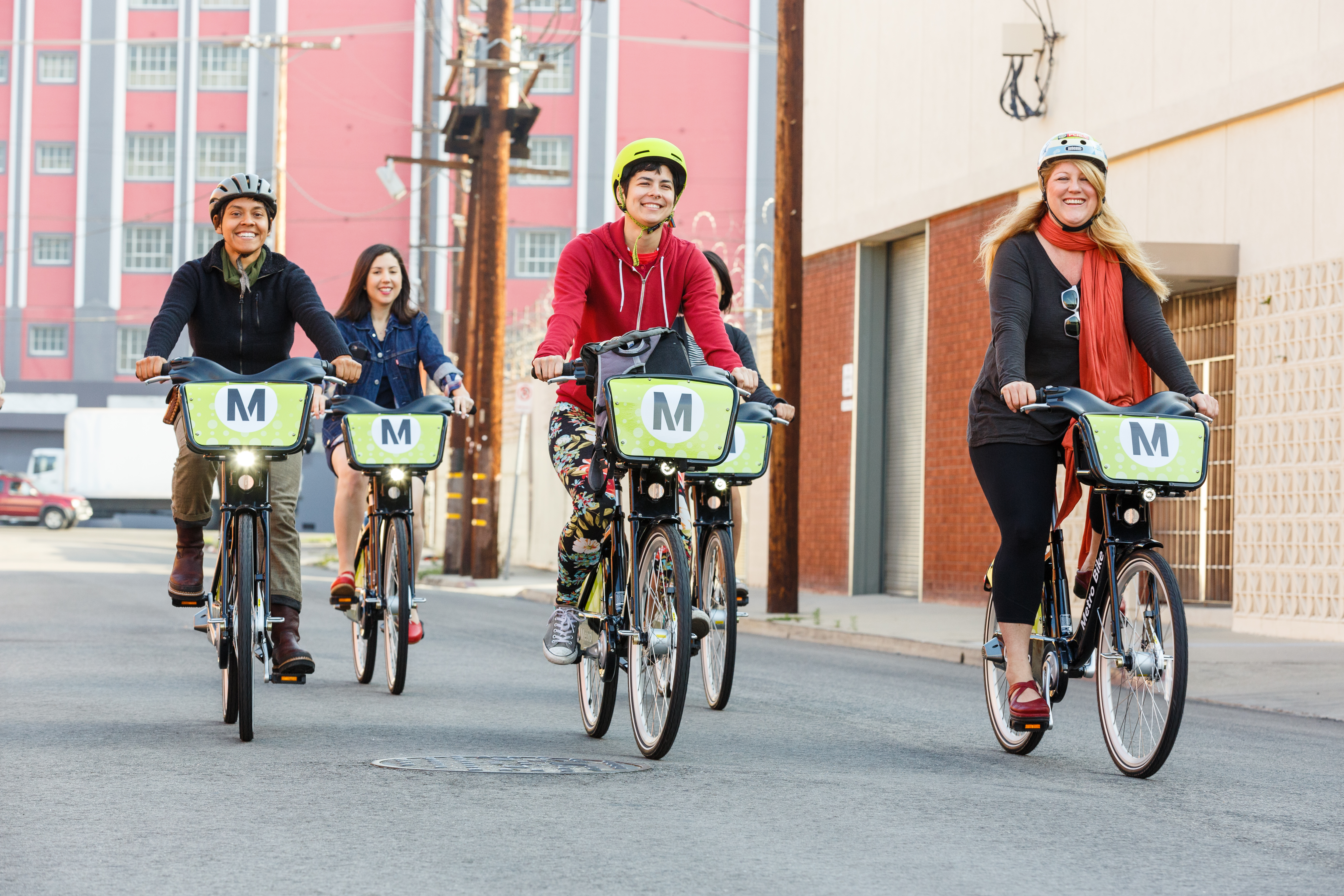 How has Metro’s bike share been affected by COVID?

We saw an average 36 percent decline in June, so it declined, but not as much as our other modes. We have strengthened the cleaning regimens for our bikes. We think that bikes still remain a viable alternative through COVID-19.

Are you a realist or an optimist when it comes to L.A. Metro’s future?

I’m a little bit of both. In this day and age, you have to be a realist. The money that we are losing is real. The sales tax we’re losing or have lost over the last six months is not coming back. That's lost.

What other sources of funding are available to Metro?

Eventually, we have to get back to front-door boarding on buses and collecting fares. Some people are still maintaining their passes, but the fact that ridership is down lends itself to fare box revenue being very low, and the fact that people are boarding the rear of the bus. What we’ve said to them is as long as you have a loaded card, don’t worry about interacting with the fare box. We typically collect $23 million a month in fare revenue. I would venture to say that we probably have lost 80 to 90 percent of that.

Some transit agencies have said they will need to cut jobs, reduce service, increase fares -- moves that analysts say would create a sort of transit death spiral. Is L.A. Metro considering any of those things?

We already reduced service back in April to match on-street reality as I call it. One of my top priorities is to preserve jobs, so I have not laid off anybody at all. With ridership increasing almost every week, it will cost us more to lay people off and then try to retrain people. The other thing is we don’t want to contribute to unemployment here. We’ve got enough of it. I have not recommended any layoffs. In terms of fare increases, I don’t see it. People are hurting as it is, so I don’t see that. In fact, we want to go in the opposite direction. We want to figure out how we can assist with the economic recovery for the millions of people in this county. We’re still thinking about how we do that, but we’re seriously thinking about how we can make transit free.

A lot of people are saying that people’s behavior has been permanently altered by COVID - that there will be less demand for public transit forever going forward because they are fearful of sharing space. What’s your take?

I do think we could be looking at a new normal. What is that new normal we have to figure out, but I think part of that is more people working from home, telecommuting. I do believe that people will change their travel patterns, so people will come in at maybe 10 and stay ‘til 7. Having said that, I do believe there will always be a need to transport large numbers of people at once, so I do not see trains going away. I do not see buses going away. But I also think, and I was saying this even before COVID-19, transit should not be evaluated solely on ridership. Everybody says, ‘What’s your ridership?’ It’s declining. Hey, listen, big deal. Ridership can not be the only factor that measures the effectiveness of transit. It should be all kinds of other things. What you’re going to see now is a whole different sort of mindset that relates to transit.

This interview has been edited for brevity.