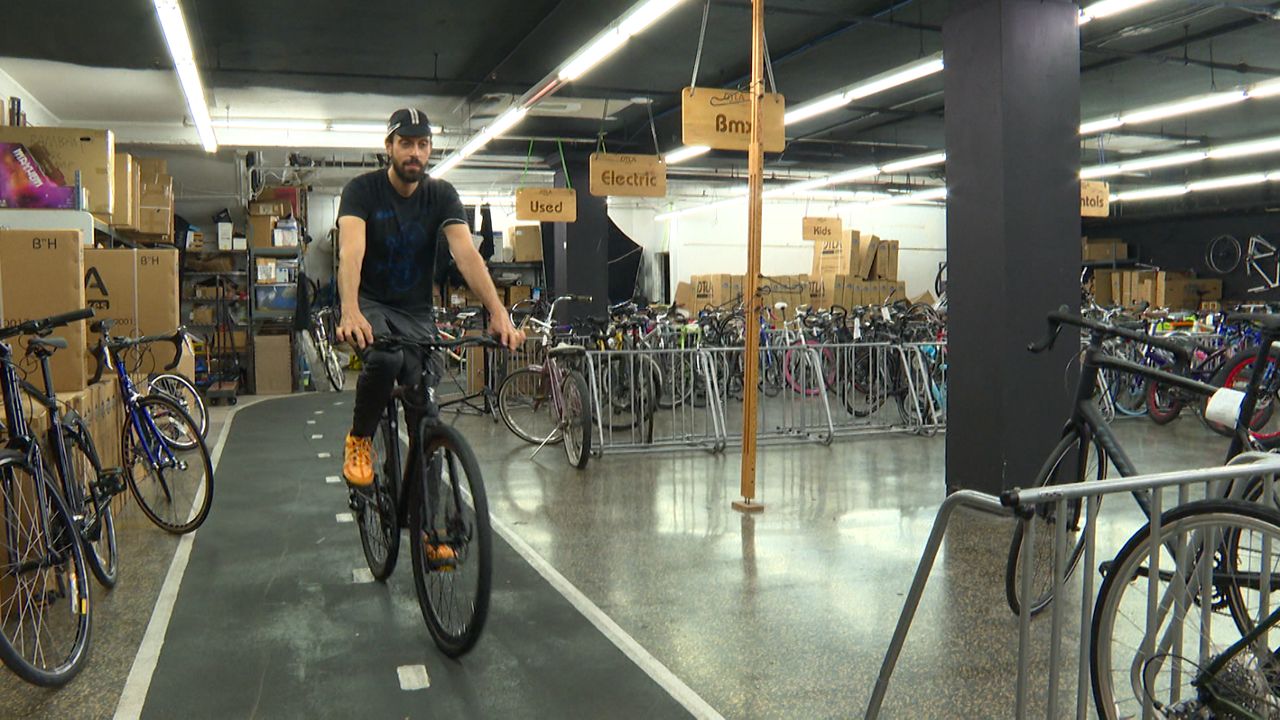 LOS ANGELES – While many businesses are struggling under the COVID-19 pandemic, there's one that's thriving. Owner of DTLA Bikes, Rodney Masjedi said since the pandemic virtually shut the city down, there's been a huge surge in bike sales at his shop.

Masjedi started out in real estate but ended up with this 18,000 square foot space that over the last 10 years has become an integral part of the DTLA biking community.

“Real estate was not my passion,” said Masjedi. “Once I got the feel of having a shop and doing something I love, that was it. It's not about the money. I just enjoy what I'm doing.”

While many businesses have shuttered under the pandemic, bike shops have remained open as essential businesses and Masjedi’s showroom is noticeably thin on stock, especially popular are bikes under $500.

Much of Masjedi’s business comes from the ever-growing DTLA residential community.

“But now during the pandemic, I’m getting a new influx of newbies, as I call them,” said Masjedi.

According to industry trackers, adult bike sales were up 121 percent in March, but with ongoing trade issues with China, a huge supplier to the industry, restocking has been tricky.

“Not only are our vendors out, bike shops are out. In China, they're trying to catch up right now but the port situation in China and everything that's going on makes it more complicated,” Masjedi said.

Under the pandemic, biking is one of the few activities that is relatively safe and the increase in usage might have increasing benefits to come.

“That's how you really get not just more cyclists but more legislation for bike lanes. You know, better for the industry better for the environment,” said Masjedi. “It's nice to see the influx of the natural human and bike connection kind of thing going on.”

Although Masjedi says some balk at the idea of biking in Los Angeles where the car still dominates, many of his customers are happily rediscovering the joys of biking.

“I had a girl yesterday, test rode a bike and she was just smiling. She said, ‘I forgot what it was like. I used to love riding a bike when I was a kid, and I forgot the feeling,’ and out and that gives me joy.”

With more bike lanes being added to DTLA and a growing awareness of bike culture spurred by events like CicLAlvia, Masjedi, who says he prefers bikes to cars, hopes Angelenos, will keep on pedaling even after the pandemic passes.