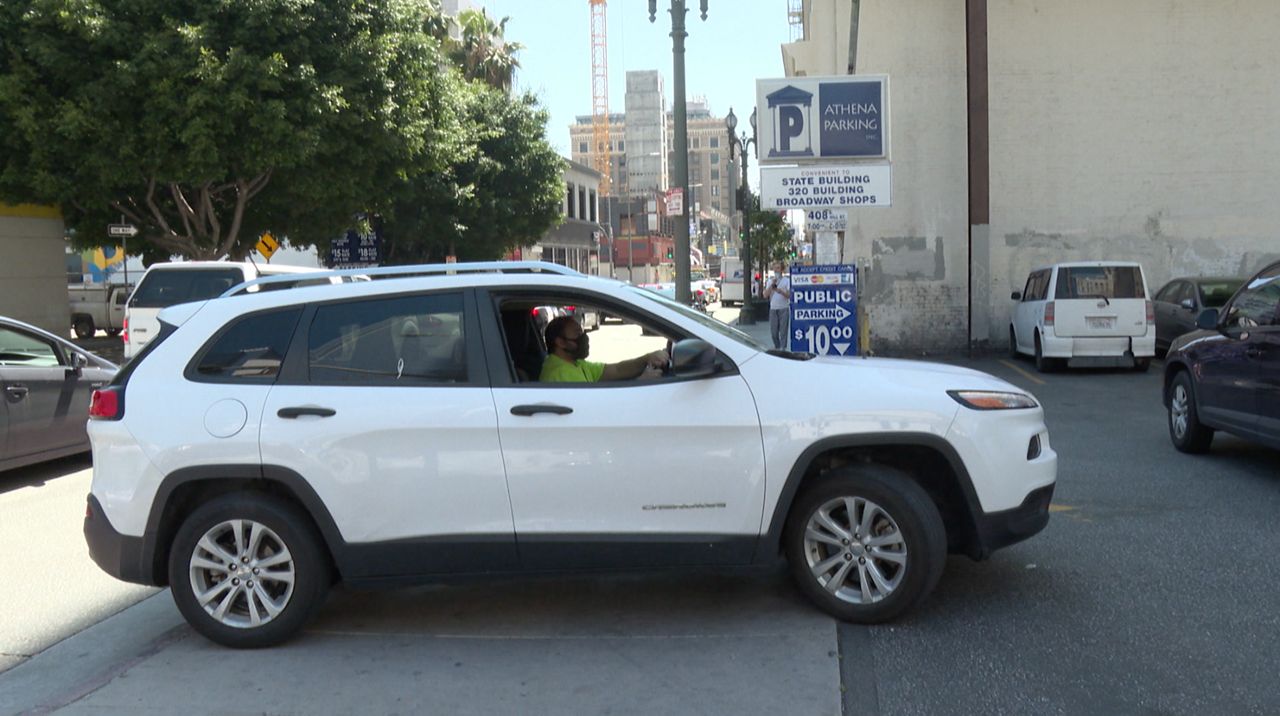 LOS ANGELES –  Some ride share drivers don’t feel safe in their own vehicles. Many gathered in downtown Los Angeles Thursday to protest from inside their cars.

It’s almost impossible for driver Sarkis Goreghian to make ends meet anymore. He gets very few passengers. Most of the people he transports are health workers or are sick people trying to get to a hospital.

“It’s way too scary, way too risky and we’re not even making money, plus the car expenses,” said Goreghian.

Goreghian lives in Sun Valley. For several years he’s been driving for Uber. He also takes care of his elderly parents who are in the high-risk group for COVID-19.

Keeping his car germ free with strangers coming and going is nearly impossible.

“I’m kind of scared of driving Uber because of the COVID-19 nowadays,” said Goreghian.

Part of the problem is not having sufficient protective gear. Many drivers make do with what they have.

Lyft has said they’ve already given out a lot of face coverings and will continue to do so.

The other big problem is money.

“We’re encouraged that the governor yesterday said that he’s going to try everything he can to make the process easier, but until that money is in drivers hands we’re going to be demanding,” said Tyler Sandness, a spokesman for Rideshare Drivers United, a labor organization.

The PUA takes money from the federal CARES act giving drivers up to 39 weeks of benefits starting with weeks of unemployment beginning February 2, 2020 through the week ending December 31, 2020. It varies based on when people became directly impacted by the pandemic.

There’s also as much as $600 added to each PUA weekly benefit amount some might get as part of the separate CARES Act Pandemic Additional Compensation program.

The issue is you can’t apply until April 28.

The governor claims PUA benefits will be processed and issued within 24 to 48 hours. Many drivers need it right now.