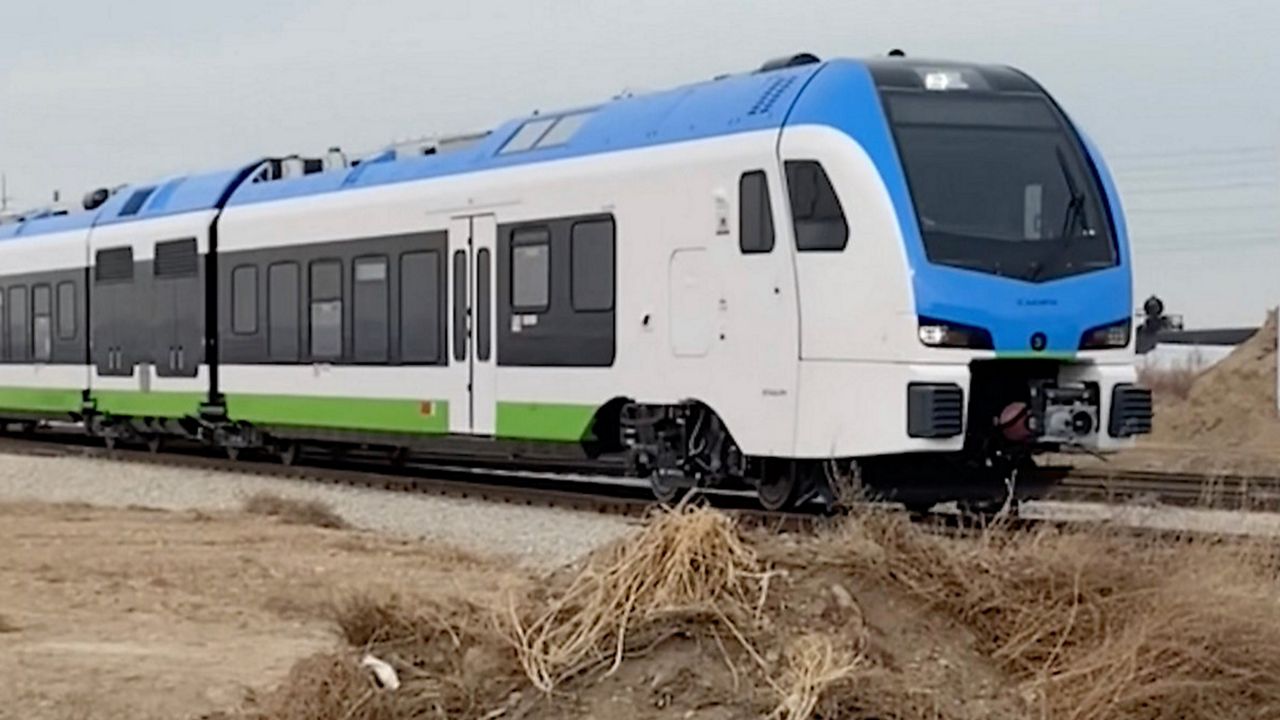 RIVERSIDE COUNTY, Calif. — The Inland Empire is shaping up to become a major transportation hub in the future.

Nine miles of track from Redlands to San Bernardino have been added to the existing 538 miles of Metrolink system and will be open for service in 2022. And soon, the region will be home to the first self-powered zero-emission train vehicle thanks to a $30 million state grant.

“Air quality is a huge concern in these communities all throughout San Bernardino County,” said Ray Wolfe, executive director of the San Bernardino County Transportation Authority. “So we are piloting, in partnership with the state of California, the first self-powered zero-emission passenger rail vehicle in North America.”

Rosemary Humbert is ready to get out of the driver’s seat. The Redlands resident usually has to drive nine miles to get to the San Bernardino train station when she wants to visit LA.

“Traffic can be challenging at times so I’m excited the train is going to be right here,” Humbert said.

She’s been waiting 25 years for a local station.

Wolfe says IE residents have a lot more coming to get excited about.

The San Bernardino County Transportation Authority is working with Elon Musk’s The Boring Company to create an underground tunnel loop by 2025. The underground tunnel will connect riders from the Rancho Cucamonga Metrolink station to the Ontario Airport, one of the fastest-growing airports in the nation.

The transportation authority has also been speaking with a private company to create a higher-speed electric passenger train from Rancho Cucamonga to Las Vegas.

“We’re one of the fastest-growing counties in the United States. We expect to add 25% population in the next 25 years to the county so we’re looking at innovative ways to bring people around,” Hagman said.

Wolfe sees moving people around the county in different ways as an opportunity to unclog the freeways and to make the Inland Empire a leader in transportation innovation.

“Most of the time the IE is second fiddle to other counties in this region and not even in the conversation when you talk on the national stage,” Wolfe said. “Here, we are really bringing a true transformation to transportation, to transit transportation, and it’s coming from right here where we’re standing."

The SBCTA will begin testing trains at the new Redlands station in August.