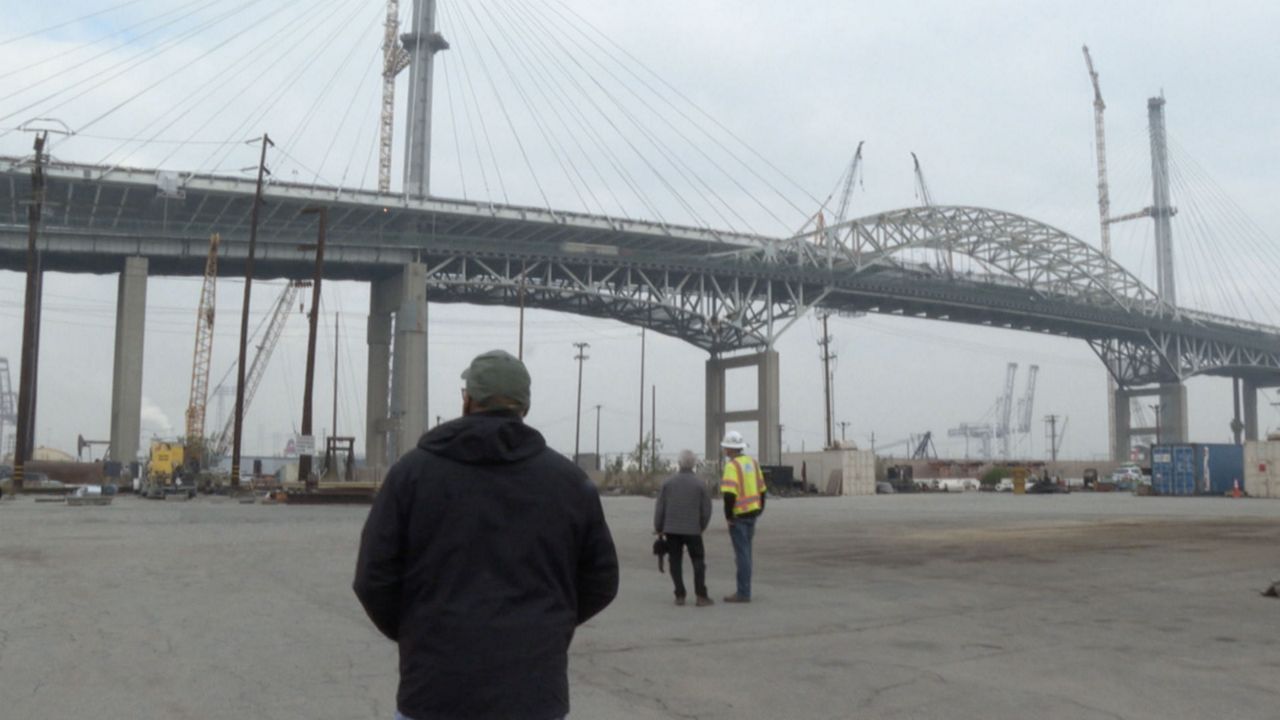 Last Bridge Tours Give Peace of Mind Before Completion

LONG BEACH, Calif. – This is the year that the Gerald Desmond replacement bridge is scheduled to be finished.

Travis Watkins lives in San Pedro so he has been able to watch every new inch.

“I came out to see how they put all this together and I wanted to know the details from start to finish,” said Watkins.

Watkins took one of the few remaining public tours of the bridge construction. They give one tour each month, but that will stop when the bridge opens to traffic in the fall.

When it’s done the bridge will connect downtown Long Beach and the 710 with Terminal Island.

The new bridge is much taller to make way for today’s larger container ships. The original bridge was opened in 1968 and will be carefully demolished once it’s no longer needed.

This new structure will not only be strong, but also flexible. Hinges are placed between sections of the bridge. They allow for movement during an earthquake or extreme temperature changes so there is minimal damage.

“Actually I feel safer now going across it than I did by watching them build it,” said Watkins.

Knowledge is power as well as peace of mind.