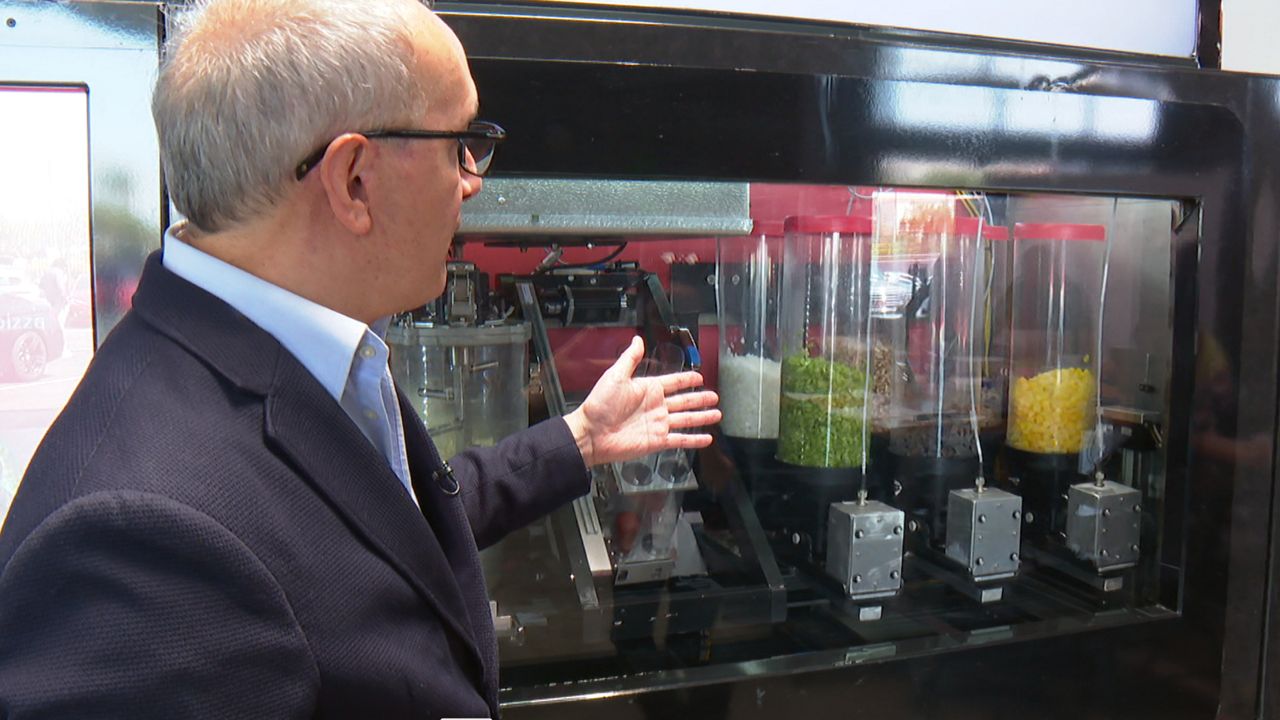 EL SEGUNDO, Calif. — The next time you head to a vending machine, you may be able to buy more than just soda and some snacks. How about a fresh pizza within minutes?

“You’re going to go over to the machine and you see the order screen. You tap the screen,” said Massimo Noja De Marco, co-founder and CEO of Piestro, who showed Spectrum News how to operate a robotic vending machine his company spent the past two years developing. The robot has a touch screen that allows customers to pay, choose the toppings for their pizza and then watch as it’s prepared in the machine, which pops out a hot, fresh pizza in three minutes and it doesn’t require any workers.

De Marco said he knows a thing or two about making food, learning from his mother who is a well-known chef in Italy.

“I wanted to bring the real pizza that I used to make with my mom into the houses and into the offices and into the hands of the masses around the world,” he said. This type of innovation comes as more people are quitting food service jobs, at a rate that jumped from 4.8% to 6.9% over the past year, according to the U.S. Bureau of Labor Statistics.

The food industry is typically slow to take on technology but the pandemic-induced labor shortage sped that up, according to Mike Bell, CEO of Miso Robotics, a company that develops artificial intelligence-driven robots for fast food and restaurant kitchens.

“Anywhere you see a human being doing something that is repetitive and mundane and, frankly, just not a desirable job, for many of them, hang tight. There is a robot coming,” he said.

Bell is creating a “kitchen of the future” with robots like “Flippy,” that take on the job of a fry cook. He said while critics worry automation may take away jobs in the food industry, it will create new ones as people need to design, build and service robots, which are becoming more affordable for restaurants.

De Marco said it doesn’t mean humans will go away completely from the food industry but we will see more robots in kitchens and kiosks, like Piestro, which can be placed on college campuses, airports and hospitals because they offer consistency and cut down on food waste.

“With automation, we’re actually able to create the recipe and reproduce it every single time whether in Japan, Italy or Finland and it can be 24 hours a day without missing a beat,” he said.

De Marco said the public can expect to see these robotic pizza vending machines in 2023.