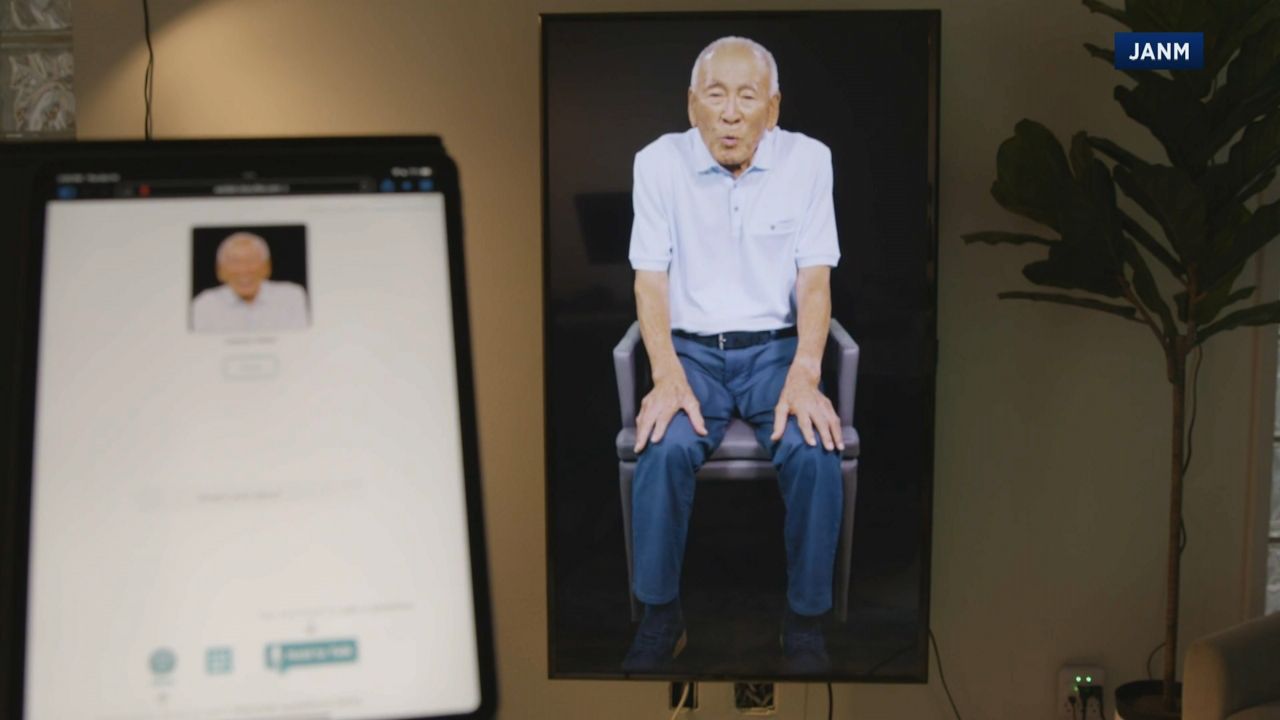 WEST HOLLYWOOD, Calif. — For more than 30 years, Roberta Grossman, a documentary filmmaker, has made a career out of interviewing people.

But on a sunny December afternoon in West Hollywood, she was getting ready for an interview that was straight out of a sci-fi movie — a one-on-one with herself.

Grossman was trying out a new artificial intelligence application called StoryFile, which allows people to preserve their thoughts and memories for future generations.

“The idea of my children and grandchildren being able to ask me questions when I’m no longer here is a little bit freaky,” she admitted, “but it’s also very reassuring because there is a sense of continuity.”

After answering a set of questions, StoryFile then turned her videos into an actual two-way conversation with her own avatar in real time.

The avatar was able to answer questions like, “What’s your name?” and, “What do you do for fun?” with the ease and comfort of an actual human being — though with a slight delay.

Heather Maio Smith is StoryFile’s co-founder and chief visionary officer. After working with Holocaust survivors, she wanted others to be able to talk to them the same way she did.

“You can read their body language, see them answering these questions and learn a lot about them when you do have the visual,” she said.

Her StoryFiles have been used by the Shoah Foundation as well as museums around the world looking to give visitors a more multi-dimensional experience.

Sakai, who received four Purple Hearts and a Bronze Star, was asked more than 1,000 questions over five days of filming for this project. Now visitors can chat with him even though he passed away in 2020.

Kristen Hayashi, the museum’s curator, called it a "game changer.”

“When you would come to the museum typically you would be greeted by a docent who has lived experience,” she said. “But now we’re sort of rethinking how we do storytelling because a lot of our docents are at that age where it’s difficult for them to continue volunteering.”

These days, anyone can create their interactive videos at home with an at-home version called StoryFile Life. All you need is a laptop and a camera. The first 33 question are free, with packages running up to $499.

For Grossman, who lost her own mother at a young age, it was about leaving her descendants a story that went beyond photographs and diary entries.

“If I was just to write something they wouldn’t have my tone or my sarcasm or all the things that make me me, which is in the nuances," she said.

If you’re interested in creating a StoryFile go to storyfile.com.