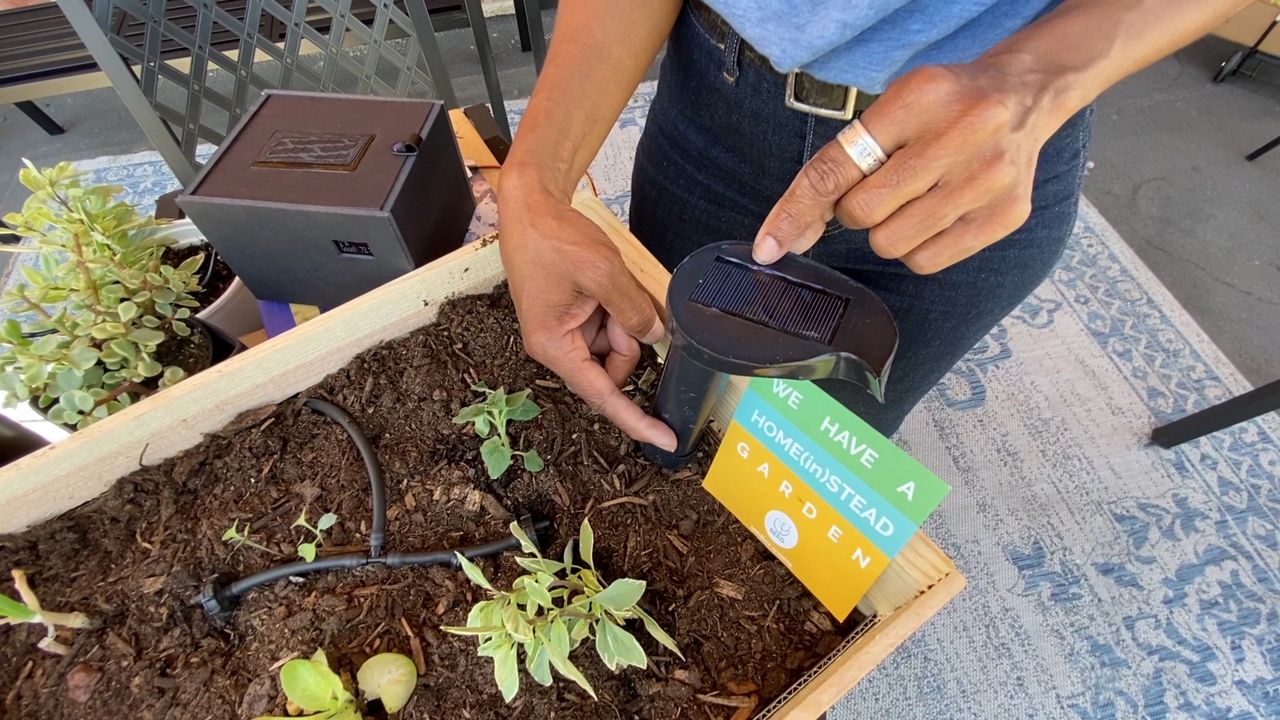 LOS ANGELES — After spending more than two decades in urban planning and the nonprofit world, Sabrina Williams is embarking on a whole new adventure.

"I designed this. The current iteration of this is all my coding and soldering and putting together and testing," Williams said, pointing to a small black box containing a small electronics controller she created for her startup company, SEED.

It promotes sustainability practices and food security by providing low-income farmers, such as those who sell at roadside stands or farmer's markets, with technology to irrigate their farms remotely based on real-time data.

"The key is to make sure this technology goes out to as many people as possible because food insecurity exists at the underserved level, and that's where the food should be grown, where it should be consumed," she said.

Williams began her entrepreneurial journey in her 50s, after working in public housing and later starting a nonprofit when she discovered a lot of food insecurity existed among low-income tenants, made worse by ordinances that banned growing food on balconies.

"In particular, in Los Angeles, we have a higher percentage of people who go hungry every night," she said. "Before the pandemic, one out of five people did not know where their next nutritious, affordable meal was coming from. Once the pandemic hit, one out of four."

Williams developed a 'farm in a box,' run by a microcontroller powered by solar energy. It monitors moisture in the soil by using Bluetooth technology to communicate with sensors, allowing users to water their plants remotely.

It's not only small-scale farmers Williams wants to help with this system. She said that people grow their food in urban areas, but there can be a stigma against it, especially among Black and brown communities.

"The idea that we're not going to go back to sharecropping. That is something that my grandparents did. I'm not going to get back into the dirt. I should be going to school or getting this job or that job," she said.

For food gardeners like Adam Long, using the SEED system is one less thing to worry about. He said watering plants is a sensitive process that he usually visually gauges as he points to the soil in his garden bed.

"It's pretty dark brown on top like the soil looks wet, but then you still want to kind of dig underneath and feel the soil and really make sure," Long said.

Long's passion for gardening and growing food goes back to high school. Now, he's tending to dozens of plants in his backyard, which provides a periodic supplement to his diet.

"I have always liked growing food because it, it feels very practical," he said. "You can put in the work and plant the seed, and then you get something out of it that literally sustains you."

Williams hopes to see her system sustain farms around the world one day. She's already tested it in Cuba and plans to get it into the hands of even more low-income farmers. In fact, SEED will provide a free kit to a low-income farmer for every kit sold.

"Everyone that grows can benefit from a system that helps them create abundance," she said.