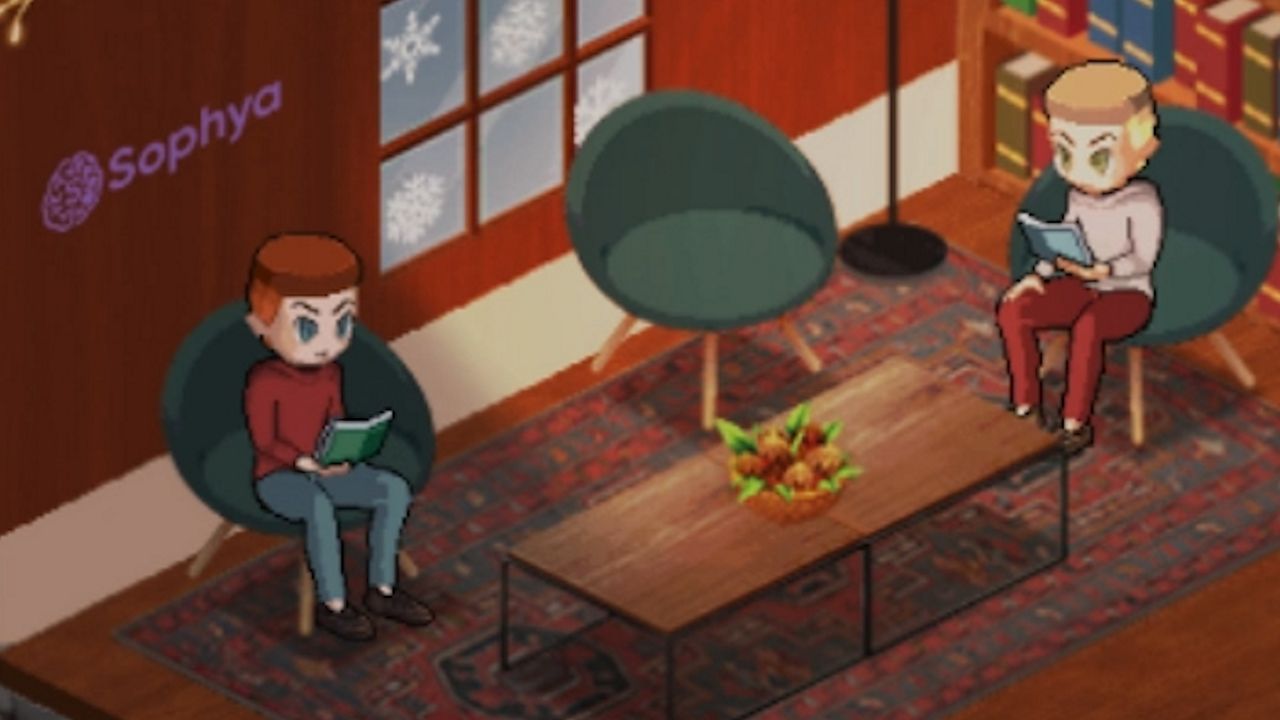 Building the Office of the Future, No Commute Required

LOS ANGELES — Felix Bustos III is about to have a face-to-face meeting with a dozen or so interns, except he's in Southern California, and they are in the Philippines. It's the middle of a pandemic, and, as he put it, "Zoom fatigue is real."

With no one going into the office, his company, HelenHealth, gave up its physical space in Valencia months ago. Still, Bustos said he felt he needed a way to keep his colleagues stay connected.

"People join companies because of the mission vision, but really, at the core, it's about culture," he said.

"It would be difficult for me to think of a more important thing that a company should be focused on besides culture," he said.

He and his team had been developing educational software, but once they were all isolated in their homes, he felt that culture, that sense of community, slipping. Static video boxes weren't cutting it. 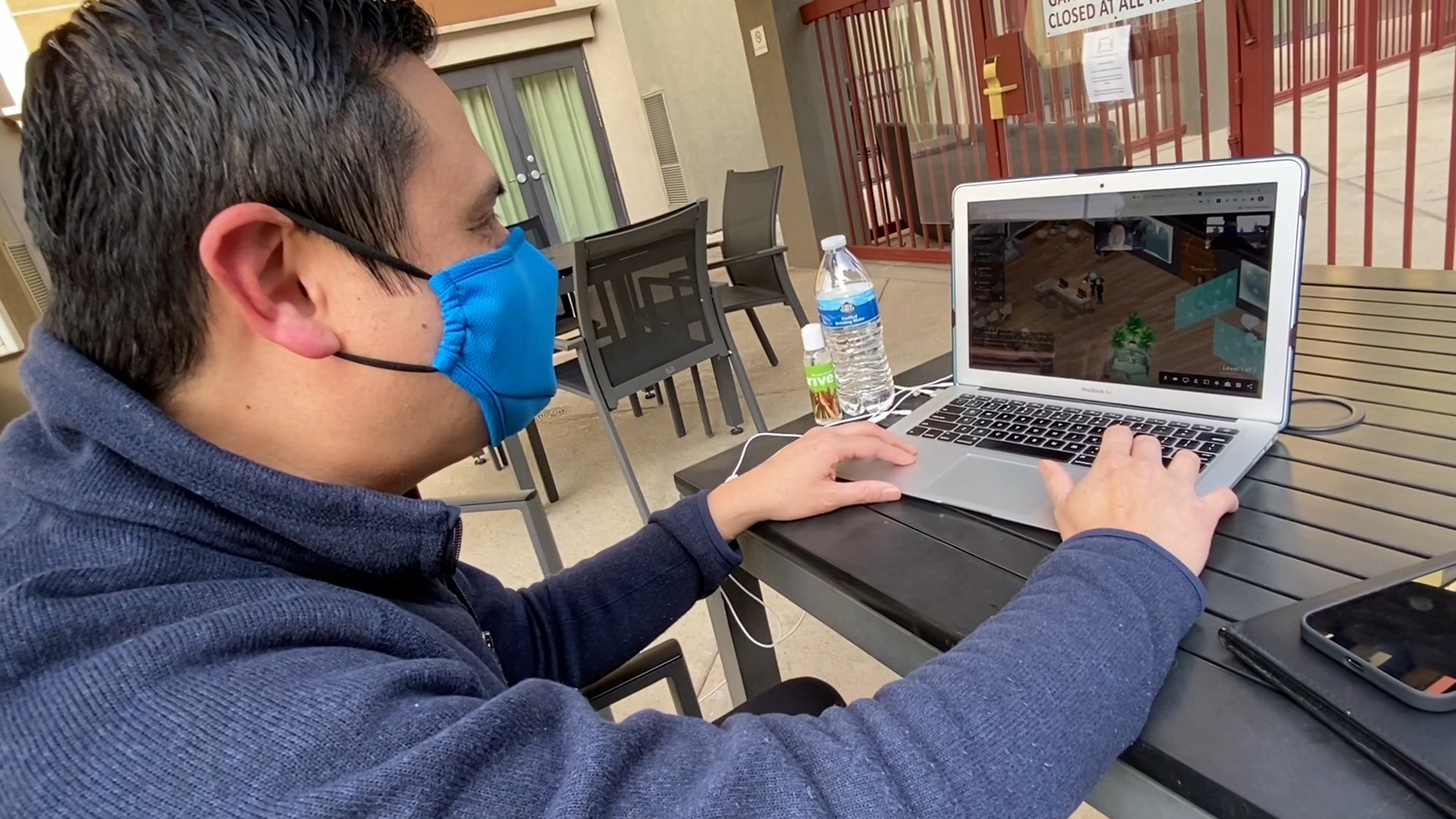 "We need environments, and we need expression," he said. "We need all of these things to have [a] full-fledged conversation."

So his team pivoted their focus and set out to reimagine what working remotely could be. They had a bit of a head start – 17 years of friendship that stemmed from a time when they would play World of Warcraft together. He said they knew how to create an online experience that bonds people.

"We refer to what we want to build as the World of Workcraft," Punwani joked. "People spend like 80% of their lives working, and so why not make it delightful?" 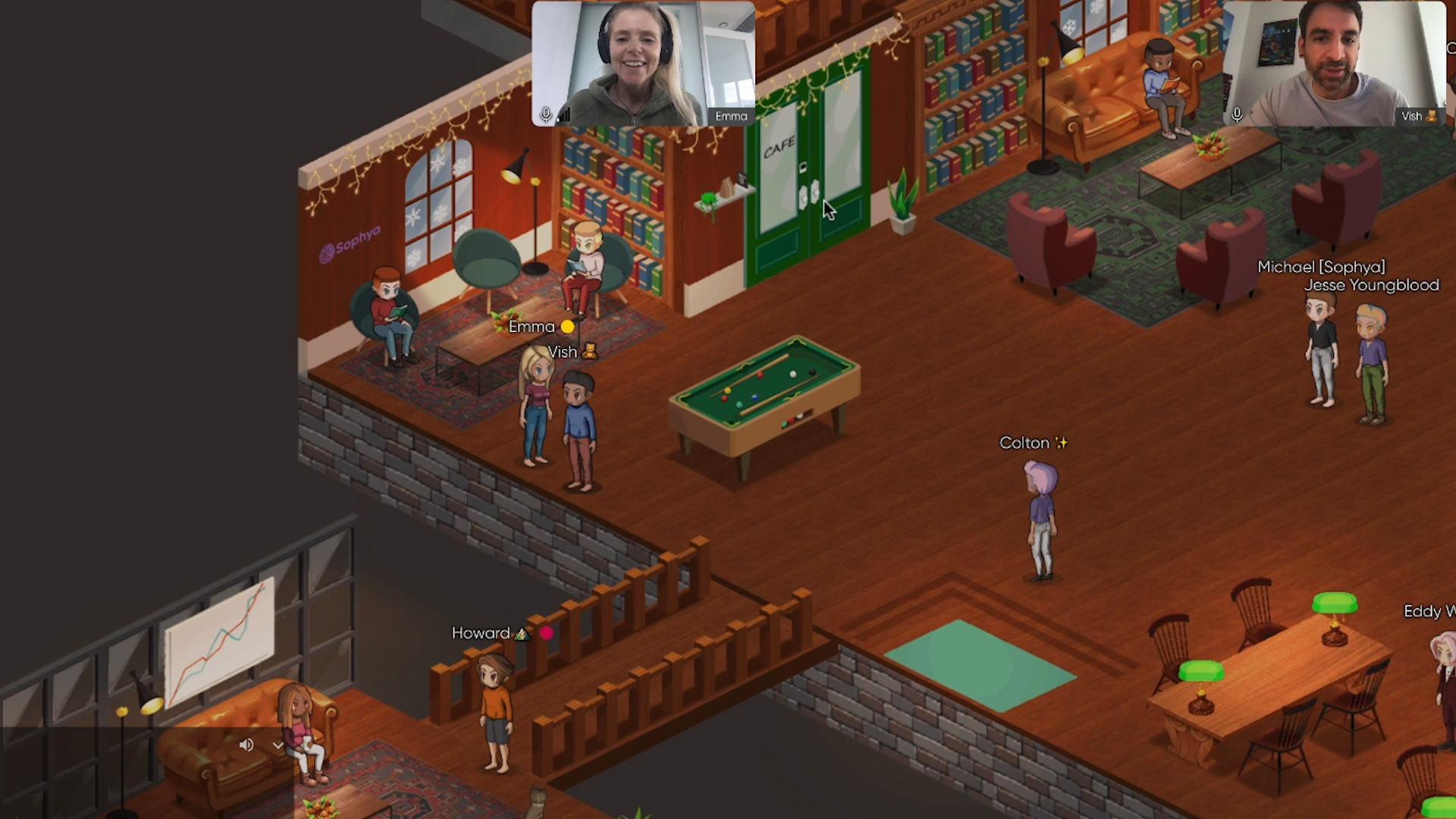 They call it Sophya, and the idea is to recreate office interactions without the actual brick-and-mortar office. What they found is people instinctively know how to use it. Walk up to a game, and you can play a game. Peruse the bookshelves to see (and order) the recommended book of the month. Or say hello to the office pet.

"This is actually Colton's cat," Punwani said of the virtual feline as a coworker in a neighboring video box held the real one it was modeled after.

It's a world infused with whimsy, but it also serves a very practical purpose. It allows for spontaneous casual conversations or collaborations with colleagues you meet in the virtual halls. As your avatar approaches their avatar, their real-life counterpart appears, and suddenly you're interacting face to face.

"And they're able to just run around from group to group and get information from whomever they need to," Punwani said about the workflow within Sophya. "They can screen share. They can whiteboard together. They can sort of get fully-fledged collaboration without having to put 30 minutes on everybody's calendar." 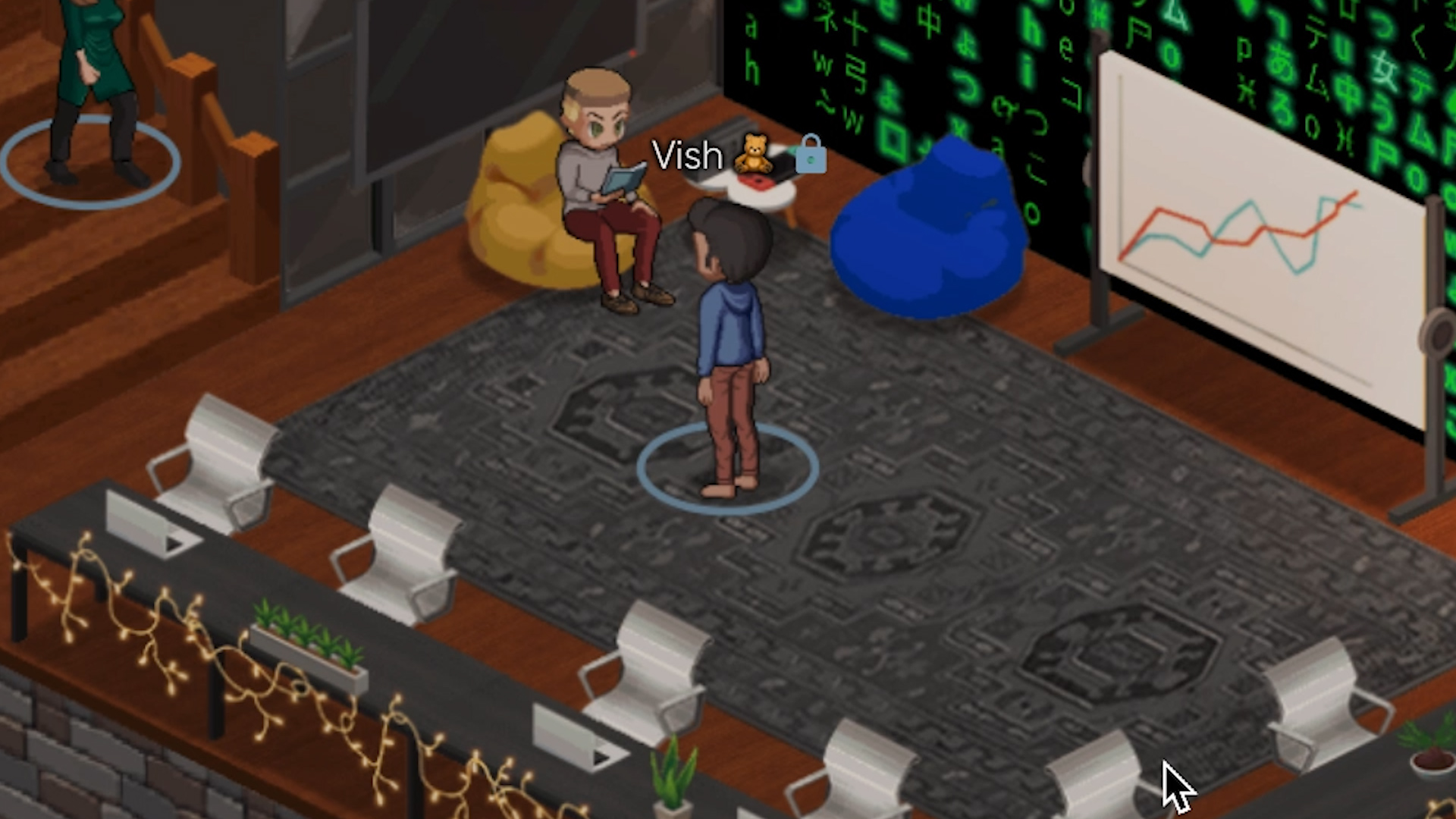 Virtual offices also open up a world of potential employees who aren't confined to a geographic area. Bustos said this enables him to hire the best and brightest from all over the world, expanding the talent pool far beyond Valencia. He's found his younger teammates really prefer operating in Sophya – young millennials and Gen Y – in other words, the future global workforce.

"The future of work is virtual," Bustos said, "and I think we are just at the tip of the iceberg."

Punwani thinks this is just the tip of the iceberg too. He felt the days of a physical office were numbered even before the pandemic. Necessity just moved things along a lot faster.

"There's so much opportunity that digital brings us," he explained. "I think it's really great, and it ushers in a new era of like, 'Oh, what else can we change that needs to be changed?'"

And since that list is virtually endless, there's plenty to talk about around the digital water cooler. 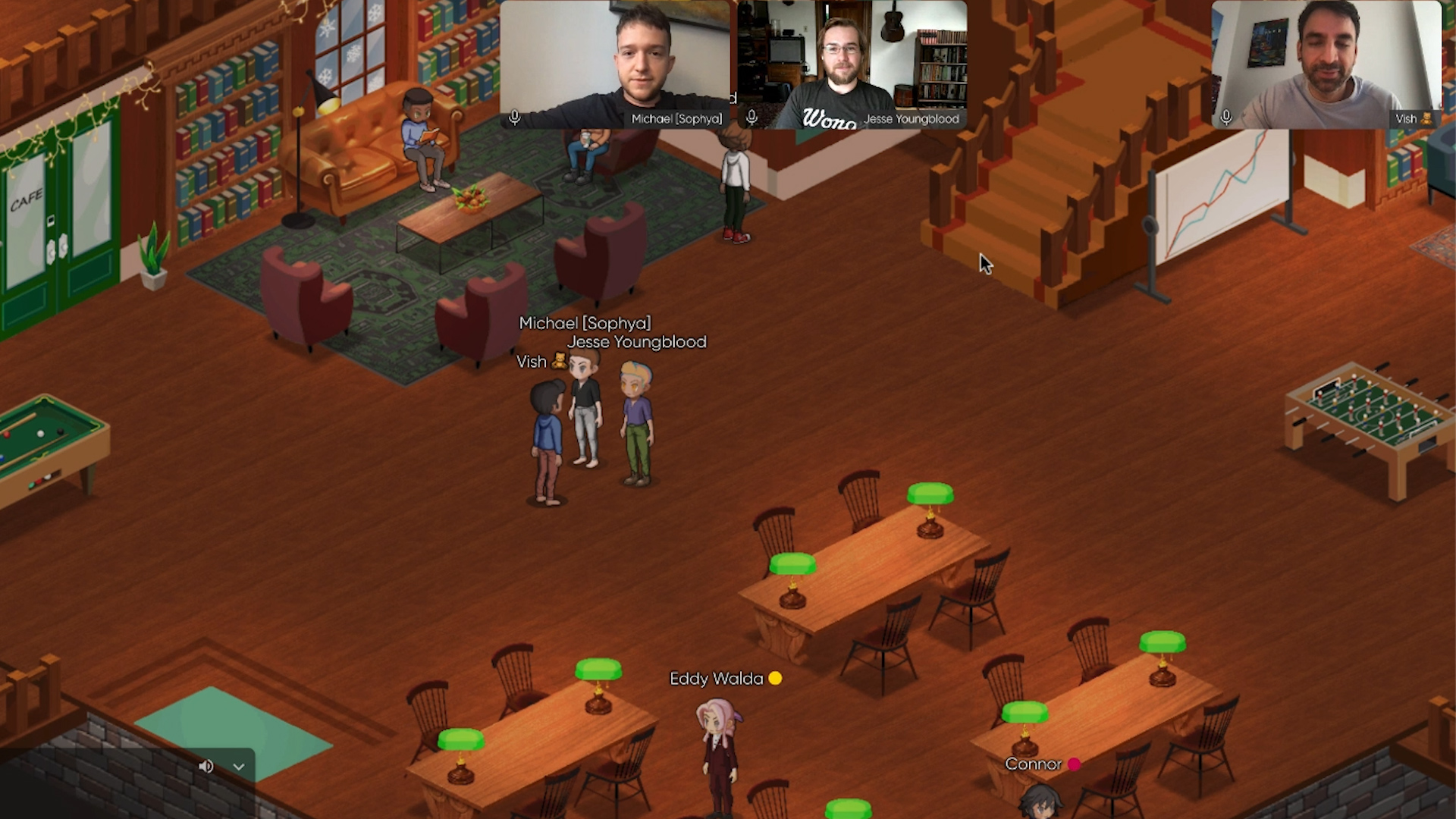