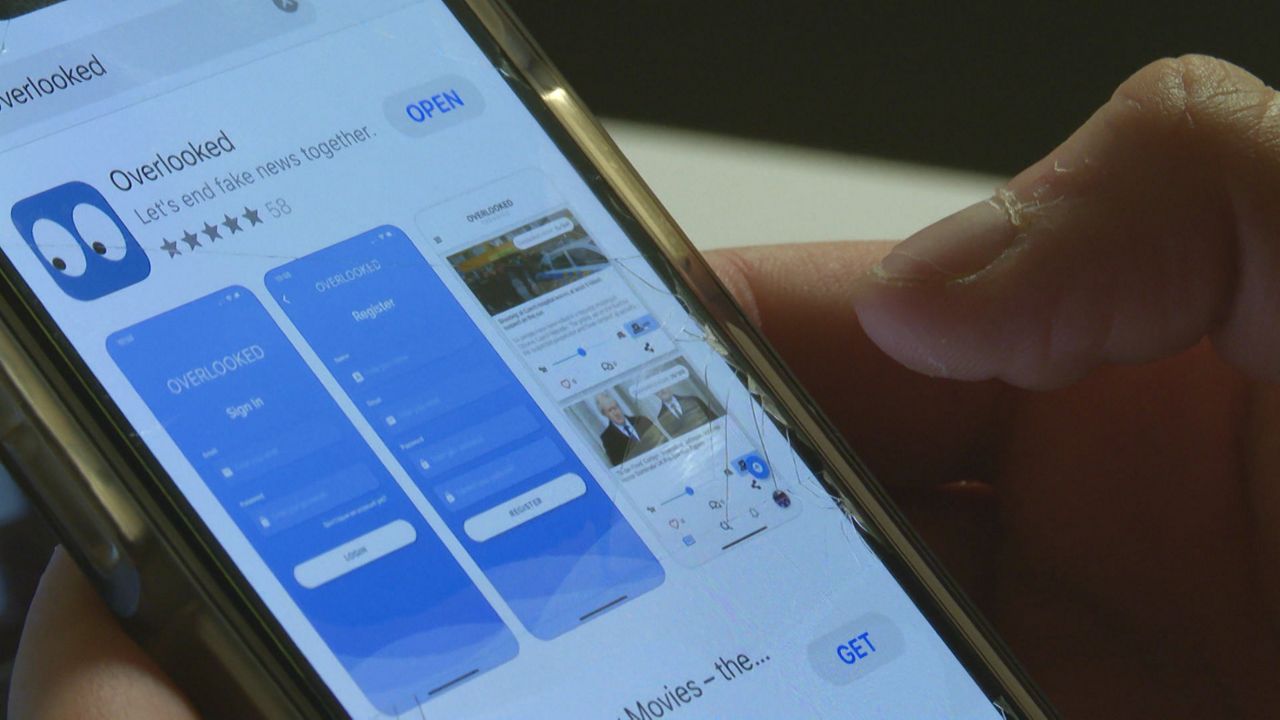 LOS ANGELES – Growing up George Sehremelis spent about six hours each day watching the news on TV. But during his college years, he found himself spending more time gathering his news online.

More than 70 percent of Americans use social media for entertainment, to stay connected with friends, and to learn more about current events, according to the Pew Research Center.

With the 2020 presidential election months away, Sehremelis became concerned about the quality of information people were finding online.

Richard Fox is a political science professor at Loyola Marymount University. He believes Americans might have already seen the impacts of misinformation, biased articles or “fake news” on social media in the previous presidential election.

“The main claim of the sort of 2016 and how it was sort of hacked into by Russian operatives delivering false information through Facebook is that it influences people, right? If you’re on Facebook and you’re reading 70 percent negative stories about a particular candidate because that’s what you are seeing? The idea is that you’re going to begin feeling less and less predisposed to supporting a candidate like that,” Fox said.

“The idea that you can just go on Facebook and you can start a completely fabricated rumor and then it travels around to millions of people is a serious problem but how to stop that isn’t obvious you know how to regulate that,” Fox said.

The problem might be difficult to solve, but Sehremelis decided he was going to do something about it by creating his own start up social news network called Overlooked. Overlooked operates as a website, app, and technology that gathers and rates articles from some of the most well-known media networks for viewers to find all in one place.

Sehremelis said viewers can like or rate an article themselves, but in order to maintain the quality of the content available, viewers won’t be able to add content to the site.

“We’ve built a bias detector a claim detector, an article summarizer and a hate speech detector and these will be coming to the site soon. And we think our readers are really going to enjoy reading what’s biased in an article or if you are a fact-checker and you want to see the claims in an article,” Sehremelis said.

Since February, Overlooked has collected and rated more than 175,000 articles in its database. It is a small drop in the bucket, but as Sehremelis and his team continue to optimize the algorithms, they are hoping this social news network will lead viewers to create their own views starting with the facts.