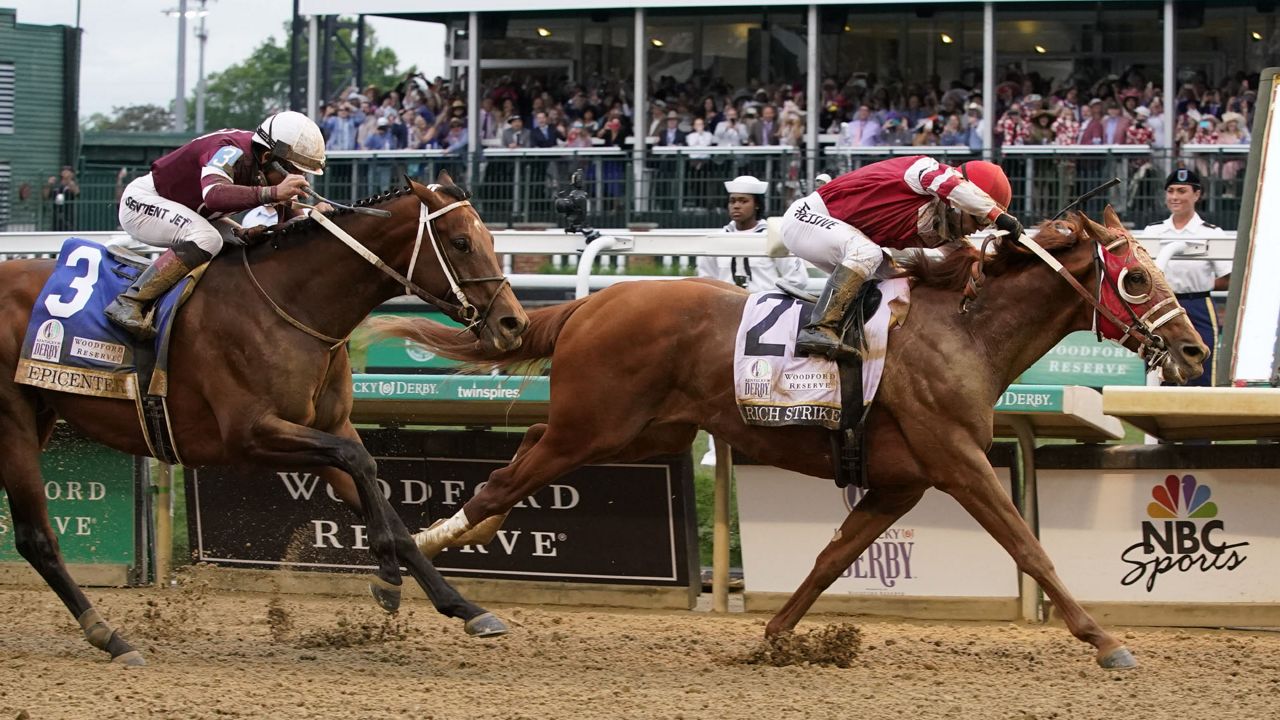 Rich Strike (21), with Sonny Leon aboard, beats Epicenter (3), with Joel Rosario aboard, at the finish line to win the 148th running of the Kentucky Derby horse race at Churchill Downs Saturday, May 7, 2022, in Louisville, Ky. (AP Photo/Mark Humphrey)

LOUISVILLE, Ky. — With favorite Epicenter and Zandon dueling in front, Rich Strike came charging up the rail for a stunning 80-1 upset in the Kentucky Derby on Saturday.

“I about fell down in the paddock when he hit the wire,” winning owner Rick Dawson said. “I about passed out.” 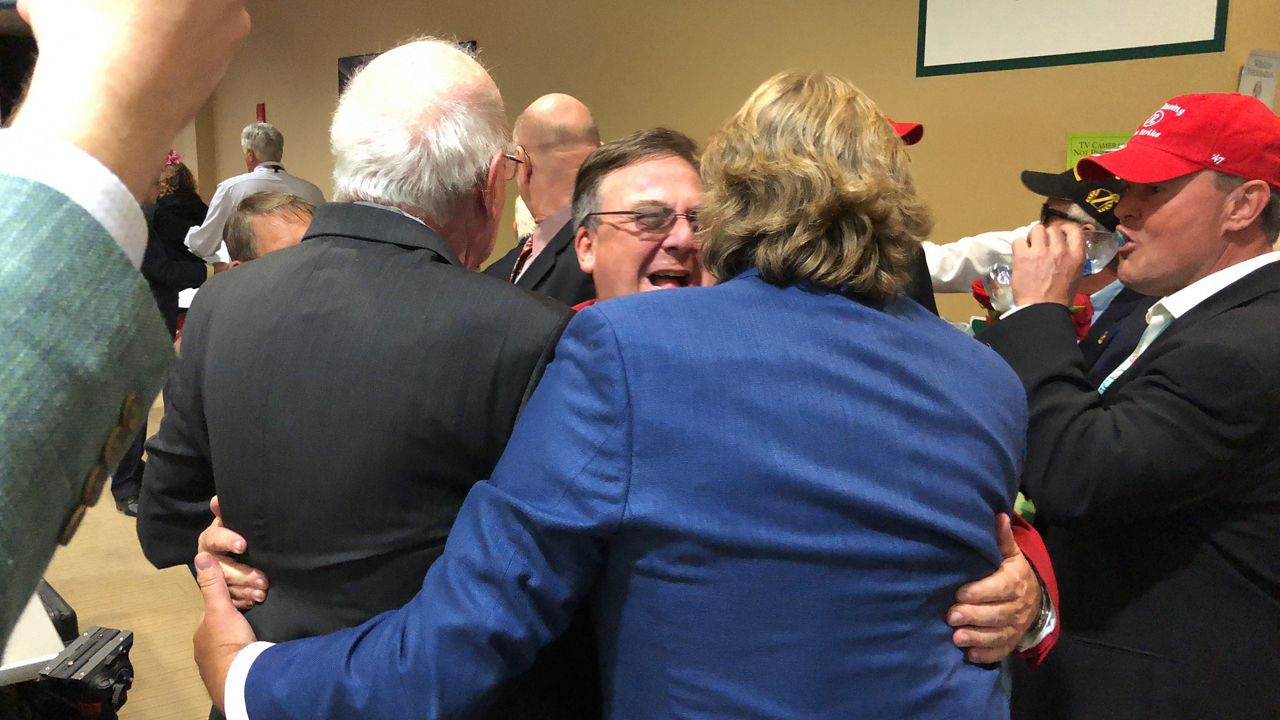 After taking a bite out of his much costlier competition, Rich Strike playfully chomped the pony that guided him to the winner’s circle.

“We found out about 30 seconds before the deadline on Friday,” Dawson said. “It put us in the race and really we always felt if we just got in we’ve got a shot.” 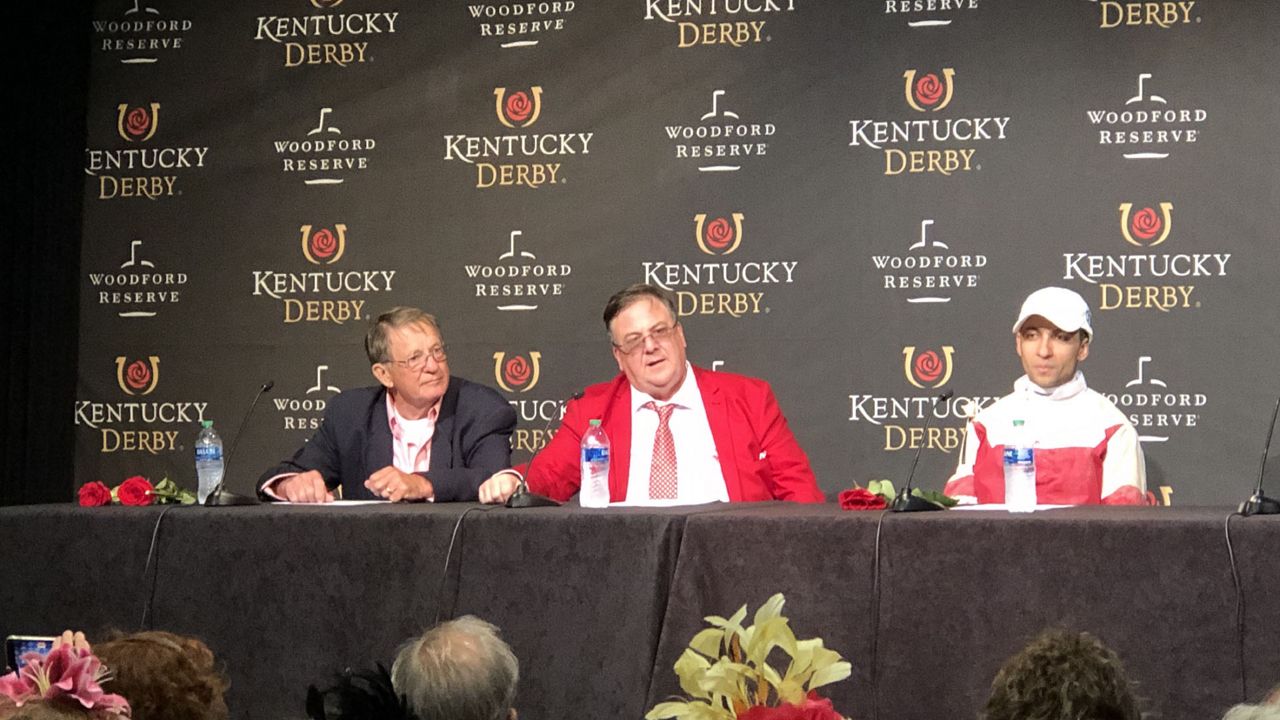 The connections for Rich Strike meet with media after winning Kentucky Derby 148. Trainer Eric Reed and Sonny Leon were both participating in their first Kentucky Derby. (Spectrum News 1/Andrew Bennett)

Both Leon, from Venezuela, and Reed were in their first Derby. Leon regularly rides on small circuits, including Ohio. Reed endured a tragedy five years ago when he lost nearly two dozen horses in a barn fire at his training center in Lexington.

Leon’s rail ride was reminiscent of jockey Calvin Borel’s stealth move aboard Mine That Bird in 2009. Mine That Bird sprang what was then the Derby’s third-biggest upset, paying $103.20 to win.

Rich Strike was purchased by Dawson, who races as RED TR-Racing LLC, for $30,000 last fall when the colt was entered in a low-level claiming race by former owner Calumet Farm.

Calumet Farm owner Brad Kelley might be ruing that decision now. Calumet Farm has won a record eight Kentucky Derbies, but none since 1968, when Forward Pass was placed first via disqualification.

Rich Strike earned $1.86 million for just his second career victory. The colt lost to Zandon in the Blue Grass Stakes last month and was beaten by Epicenter in the Louisiana Derby in March.