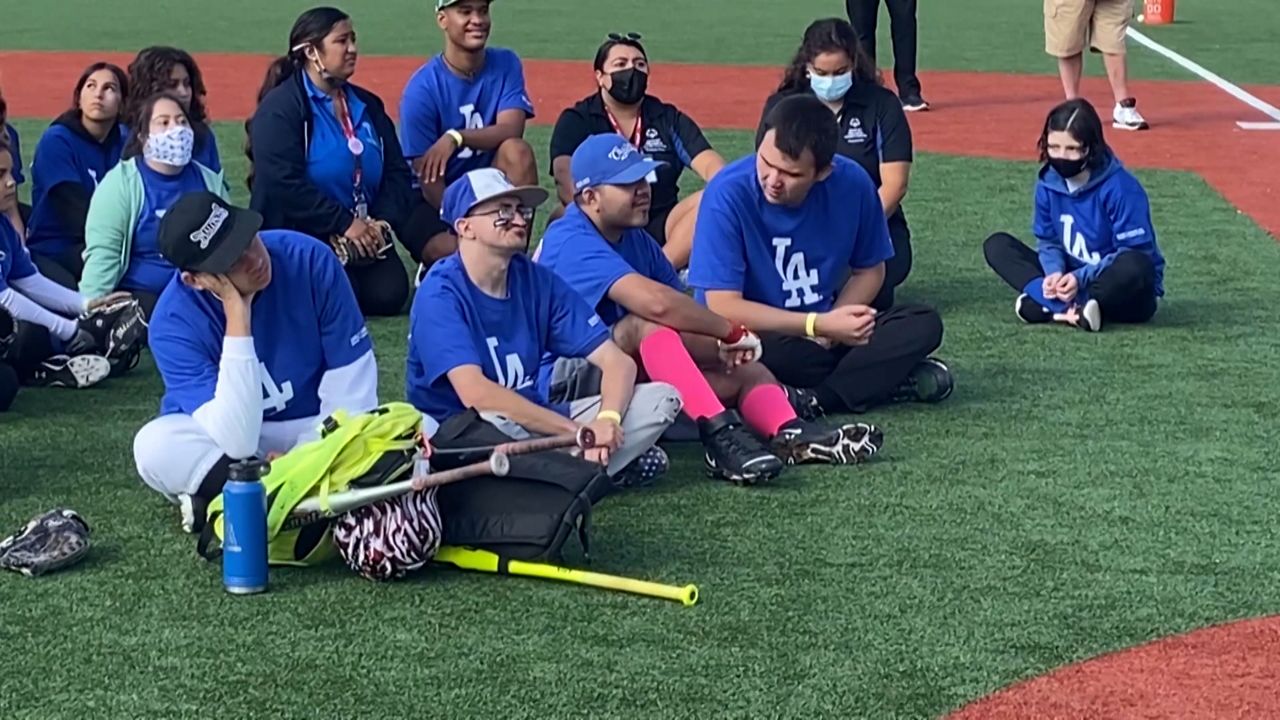 Dodgers Foundation is a champion just like the team on field

FONTANA, Calif. — Ralph Hernandez is living life like a big leaguer, taking part in a baseball clinic with Dodgers legends at a local park in Fontana.

As a baby, Hernandez suffered a traumatic brain injury, which resulted in 46% of his brain being removed. Today, at 27, he knows life has not been easy but loves baseball and is thankful the Dodgers have a special field where he can play.

The field was designed specifically for those with special needs by the Dodgers Foundation led by Nichol Whiteman. Her team has just received the prestigious Robert Wood Johnson Foundation Sports Award for their work in COVID relief efforts, social justice issues and more. Last year, the foundation was also given the ESPN Sports Humanitarian Award.

Whiteman added that this dream field made for people with disabilities is just one example of their work to fight for more inclusion.

“If people come out and struggle to play because the base paths aren’t the right length or the dugouts aren’t large enough, and they can’t access because of wheelchairs, they’re just not gonna play, right?” she said. “So, you remove barriers to play, therefore creating this culture of health.”

Hernandez loves that he doesn’t have to go too far for the game he loves.

As the Dodgers look to remain world champions, their foundation is already on top providing opportunity and joy to people like Hernandez.