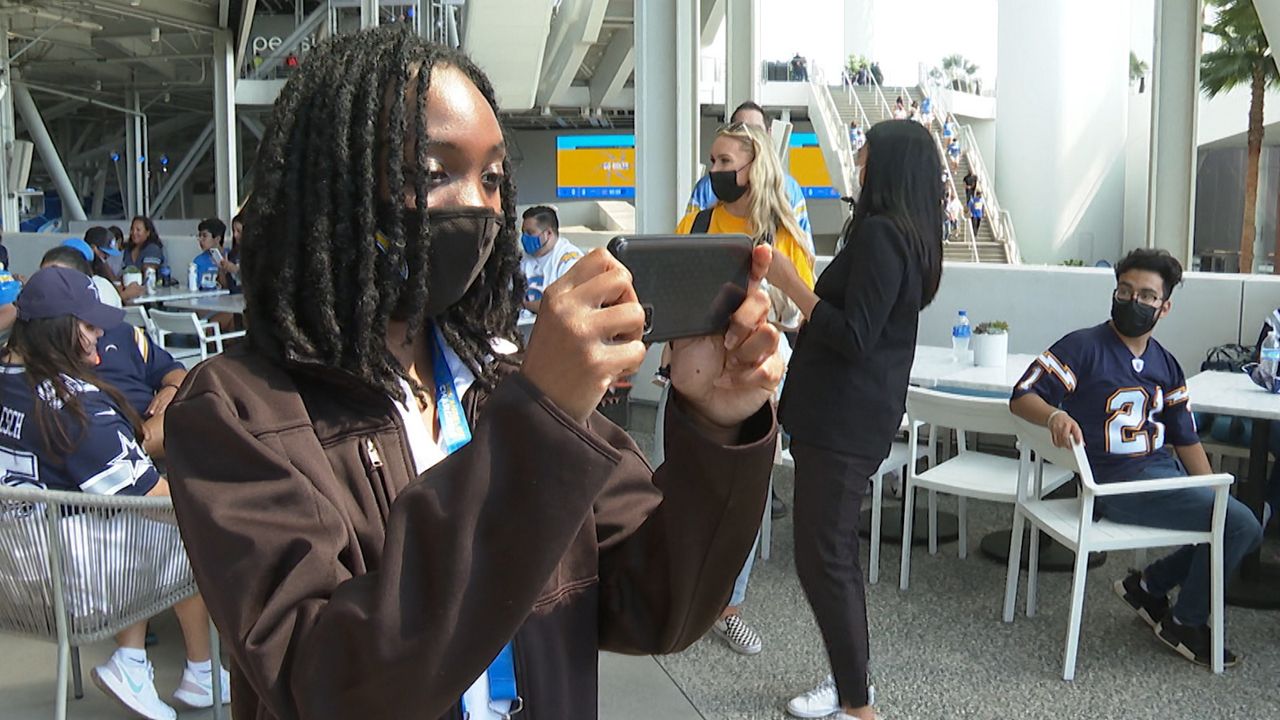 INGLEWOOD, Calif. — Whether it be taking a photo or helping people just enjoy gameday, Shemica Banks will be at SoFi Stadium with the Los Angeles Chargers all season long.

Banks is one of 14 high school student interns who will be part of this year’s game day staff, serving fans in special VIP areas.

“It made me think about what questions I’m asking, how I’m introducing myself and how I’m really getting to do this person, instead of treating it like a task,” Banks said.

Banks and the other student staff are part of the Brotherhood Crusade community organization, which helps underserved youth in Inglewood and South LA. They all had to go through a six-month training and development program called the Bolt Academy.

“The program has taught me etiquette and how to network with people in business situations,” explained Banks.

Heather Birdsall leads community partnerships for the Chargers. For her, this is about connecting to Inglewood, and it starts with youth like Banks.

“As we’re successful in Inglewood, we want them to be successful with us,” she said. “If they’re willing to put in the work and show up to the class and work the program, then we want them here with us on game days. We want them as part of our organization.”

Banks says she wasn’t even a football fan before joining the Bolt Academy, but that’s now changing. The Chargers have gained a new fan in her.