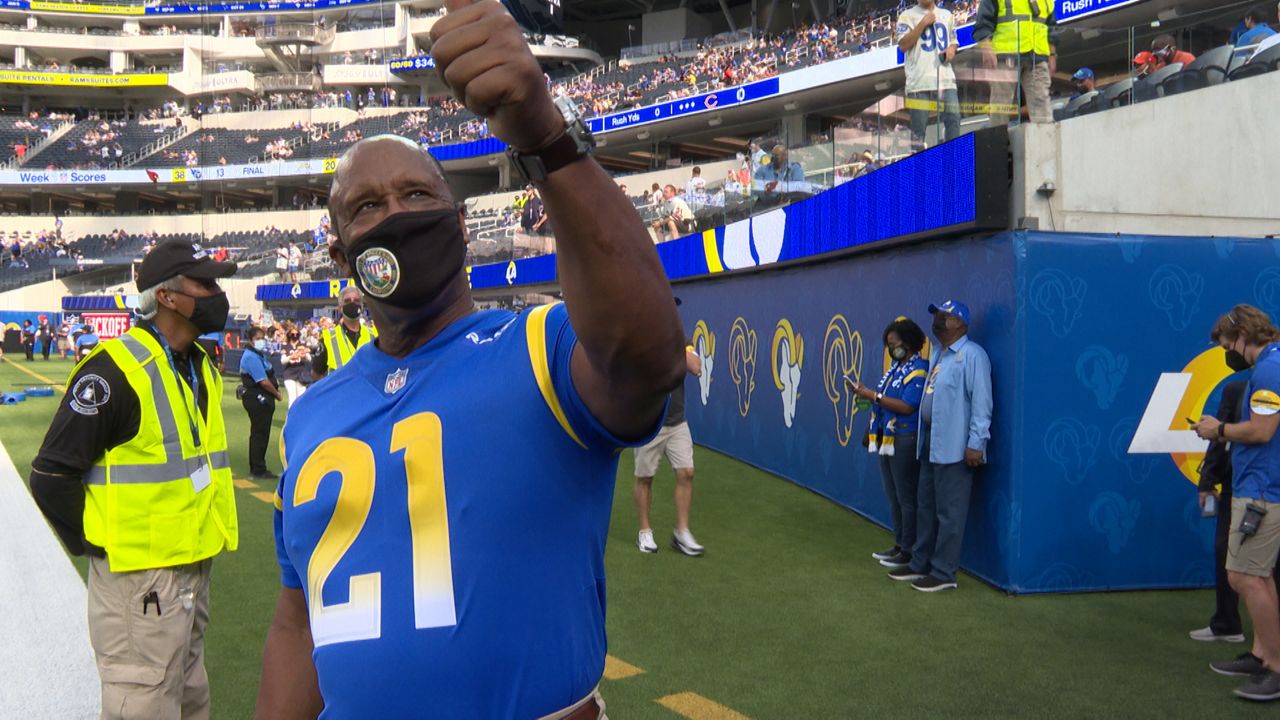 INGLEWOOD, Calif. — Hours before the Rams came out of the SoFi Stadium tunnel for Sunday night’s season opener, Inglewood Mayor James T. Butts walked the field with pride. Finally, his town had its dream stadium with its fans at an official NFL game.

“The total manifestation of destiny delayed, but not destiny denied,” Butts said.

This is only the beginning for the stadium. The mayor has been meeting with NFL officials and league legends — all trying to plan out how to prepare his city for hosting the Super Bowl in a few months.

“Logistical, public safety,” Butts added.“We have to be ready to handle traffic, handle crowds. This is the biggest undertaking that we’ve ever engaged in in the city of Inglewood.”

Officials like SoFi Stadium Managing Director, Jason Gannon, are stepping up their game. They just introduced their new field level suite, bringing the Bootsy Bellows club to the stadium. It’s so close to the action you can smell it.

“This is an experience, being down here,” Gannon said. “Hospitality’s incredible with the h.wood group and their team and this will be the place to be come the Super Bowl.”

Still, he knows they still have lots of work to do before America’s biggest game arrives. Already, fans have been complaining about parking congestion entering and leaving events at the brand spanking new facility.

“We’ll get better every day.”

Right now, Mayor Butts is just taking in this moment. He knows his town is becoming a piece of the sports epicenter.

“Inglewood, we say… the only thing that’s changed is everything,” the mayor said with a smile.