Shohei Ohtani is source of pride for SoCal Japanese Americans

ORANGE COUNTY, Calif. — Shoehei Ohtani may be the most important name in baseball right now, and it's pretty normal to find Angels fans getting free Ohtani gear at the ballpark. It's why Arika Ozeki and her friends have to be there.

Ozeki moved to Orange County just one year ago from Nagoya, Japan, and can relate to Ohtani's story. The Japanese superstar has become the modern Babe Ruth on the mound and leading baseball in home runs. It's why Ozeki has to see it in person.

"He is a good pitcher and batter," she said. "This is America. I'm so proud of him."

Kihei Otani is the president of the Orange County Japanese American Association. They've been rallying around the international phenom ever since he arrived in 2018 to the Angels.

"It's always been here in America. Being an Asian, we're considered physically very small," Otani explained. "So, seeing Ohtani being a rare like 6 feet, 4 inches, being really big, and being a star baseball player, it's really admirable."

Ohtani's dominance couldn't come at a better time when so much attention has been focused on stopping Asian hate and discrimination across the nation.

"We can see enjoyment," Otani added. "We can forget about that, you know the trash, the hate crime out there."

For fans like Ozeki, who just arrived in America, it's all about having a special connection to home.

"I'm in Angel Stadium because of Ohtani," she said. 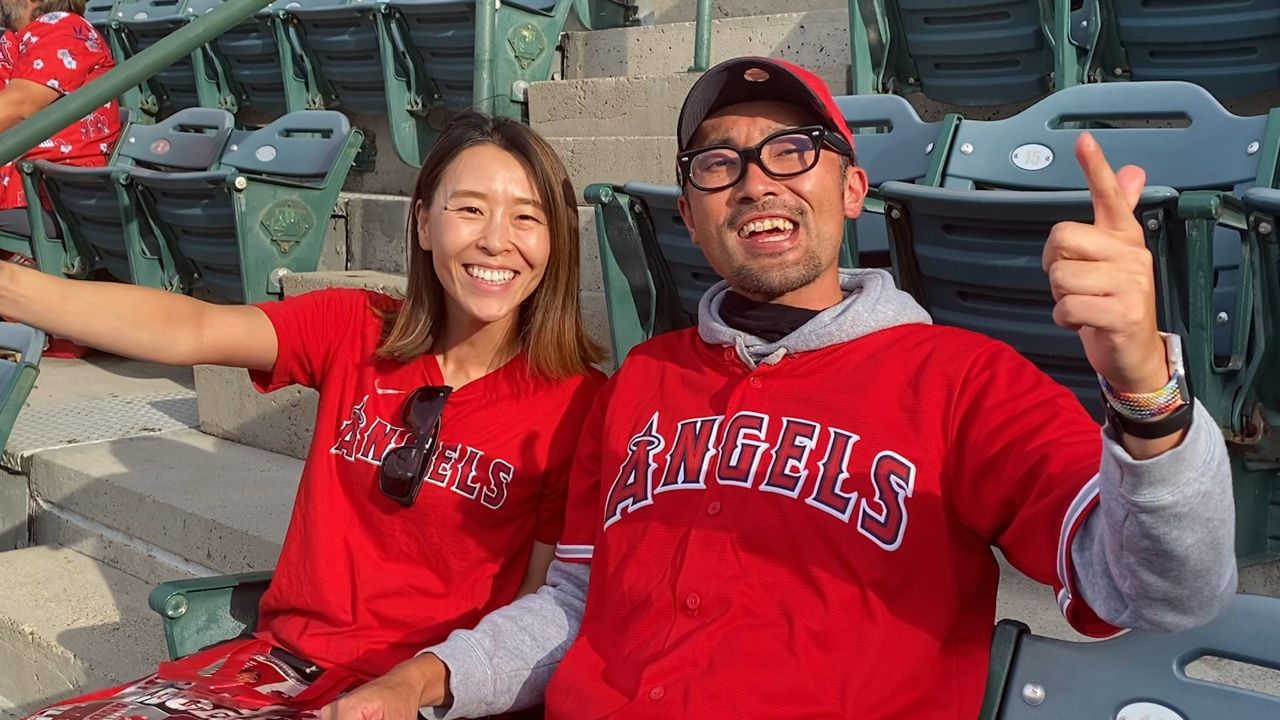