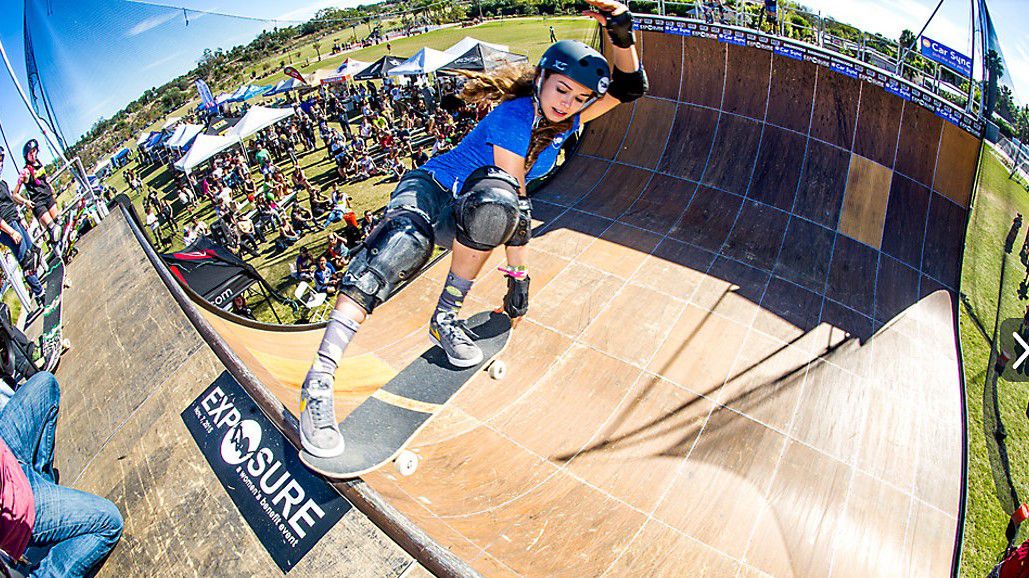 Getting on her board has long come just as naturally to her as walking.

"The moment you're a skateboarder, you're completely obsessed," she said. "It just becomes a lifestyle."

And while watching her skate, she may seem entirely at ease; there was once a time when Brodka felt a bit out of place at the park.

"When I started skateboarding, it became clear that people within the community didn't think I belonged," she said. "I was one of few girls, and it was years before I competed against other girls."

Back when she first started skateboarding, opportunities for women were few and far between in the male-dominated sport.

Now, with the sport's Olympic debut on the horizon, Brodka can't help but get excited at what the future for the sport may hold.

"When I first heard it was coming to the Olympics, it was very exciting because I thought it was a great opportunity for the sport to grow globally," Brodka said. "And especially for the women's game."

Brodka — who is originally from Poland — grew up in the United States. It was here where she grew to love skateboarding, even if her family didn't always understand it.

"My aunts from Poland would call and say, 'Why are you playing with that toy?'" she said with a laugh.

But with the sport's introduction to the world's biggest sports stage, there has been no more questioning.

With an Olympic berth, skateboarding is now more legitimized than ever before.

"Now that there's the Olympics, the script has totally flipped," Brodka said. "There's also more events for women than ever before."

And that sense of equity and exposure has always been Brodka's personal goal.

She became a professional skateboarder at a time when few other women were competing on the national scale. And because there were often few events for women to compete in, in 2012, after graduating from the University of Southern California, Brodka took matters into her own hands.

"I started Exposure Skate in 2012," Brodka said. "It was after I qualified for my first X Games."

"The organizers told me, 'We had you on the list, but the women's event was canceled,'" she continued. "I was like, 'How can you cancel my dream?'"

From that point on, over the last decade, Exposure Skate has put on many events for women in skateboarding. The events aim to inspire a younger generation to get on board and follow their dreams.

Brodka — at 31 — will be one of the older competitors in the Olympic Games, but in that way, she's living proof of just how far skating can take you.

At the games, 20 competitors will participate in each division for park and street. As an introductory sport, the competition to qualify was especially cutthroat, and not every country will be represented.

For Brodka to make it to the Olympic Games to compete still doesn't feel real.

"I think I'm gonna be so excited when it's finally the day to skate in the Olympics," she said. "The fact I get to go still blows my mind."

Brodka is part of the first set of skateboarders ready to roll through history.