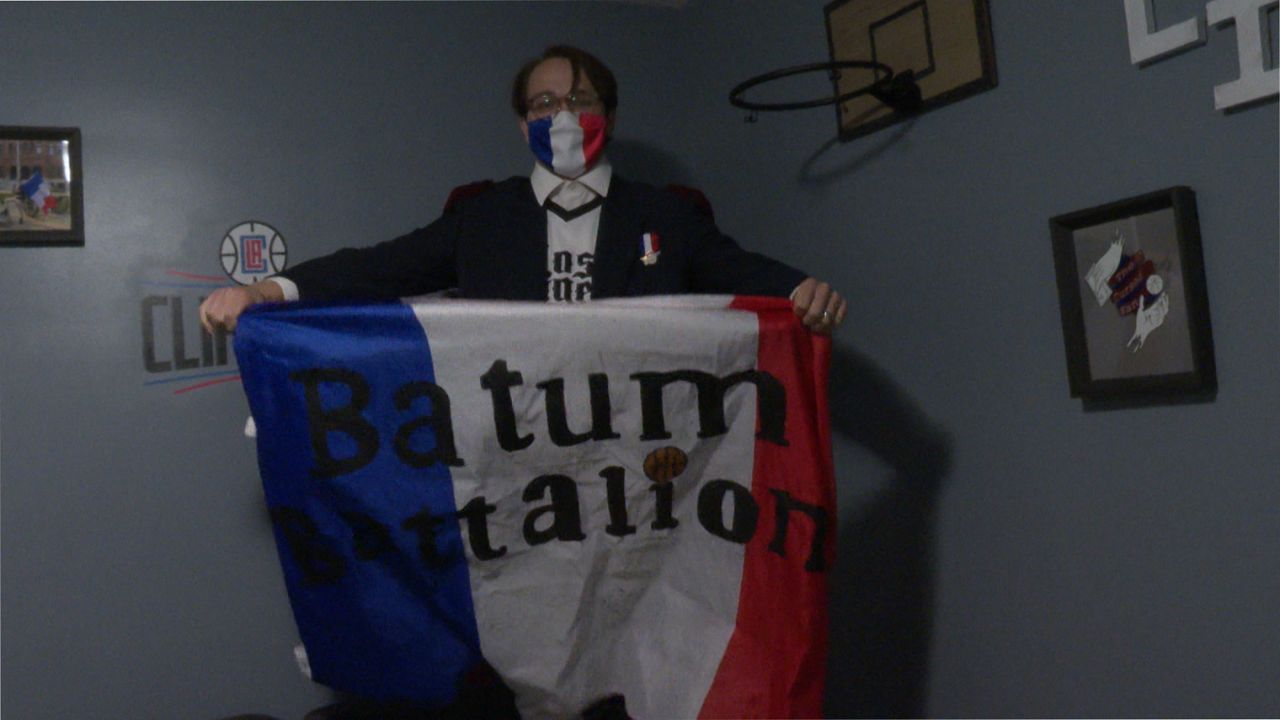 SANTA ANA, Calif. — Everything is all things French for Spencer Wianecki. He's a Clippers fan from Santa Ana who dresses up like a French General. It's all because of his love for the Los Angeles Clippers and, more specifically, his love for Nic Batum, the Clippers forward from France.

Wianecki is a part of the "Batum Battalion," a group started by a Clippers podcast.

"He just is the glue guy," Wianecki said. "He's just the most team-first guy that you can imagine. That's something you just gotta love."

"So, I went to Goodwill; I bought the jacket. I cut it all up. I sewed all the buttons myself, which is the first time I've sewn anything," Wianecki said.

He became a Clippers fan the year Kobe Bryant won his fourth championship with the Lakers.

"I definitely relate to being an underdog, and I just like the storyline, coming from the bottom, you know," Wianecki explained.

"Thank you, guys. I love it," Batum said. "I try to make you proud as a team, as a player myself. I need that. We need that. Keep doing it. I'm going to keep doing my job. Keep doing your job."

Wianecki will keep on rocking battalion gear until the Clippers' ride ends. They are just four wins away from their first-ever NBA Finals.

"It would mean everything. It would just make all the heartache worth it. All the grief you put up with from people being like, 'You like the Clippers, seriously?' Just having to convince everybody you're not crazy for liking this team," he said.

The Clippers have a tough battle on their hands with the Phoenix Suns, but Wianecki and the Batum Battalion are behind their team all the way.