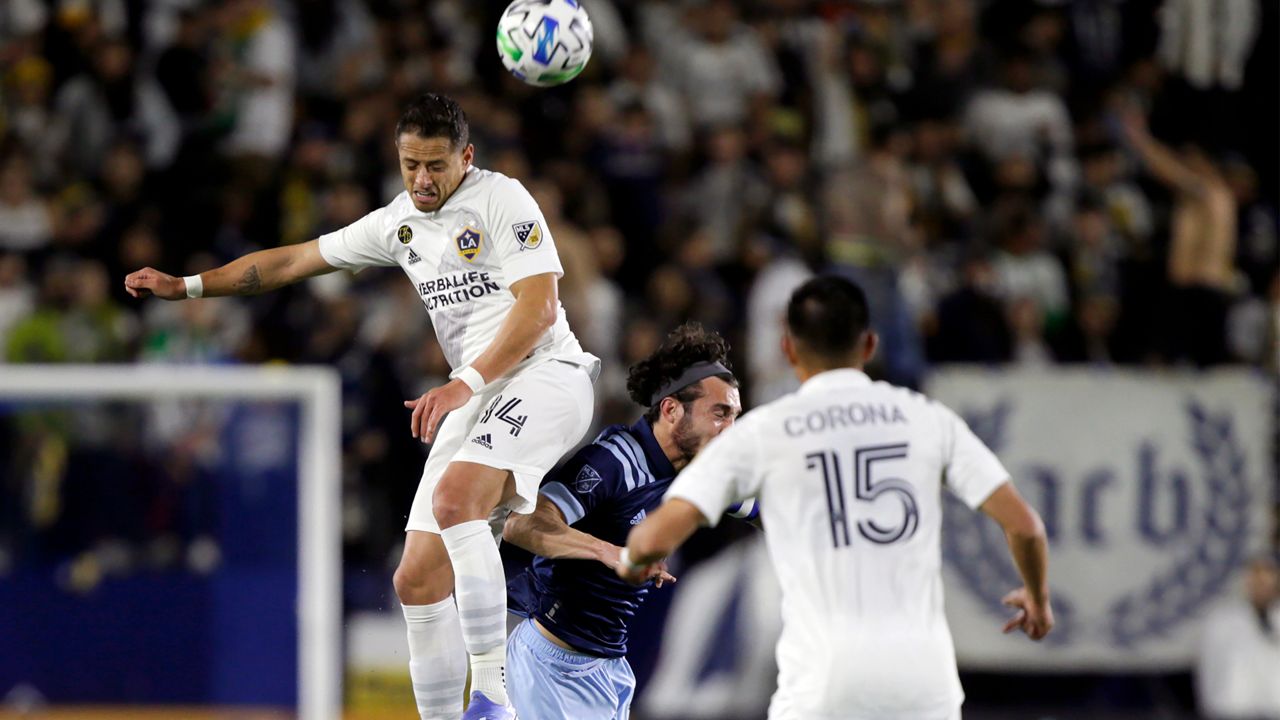 DOWNEY, Calif. — To a Los Angeles Galaxy supporter like Ramses Vargas, the picture he sees when thinking about the Galaxy is a lively one.

Fans crammed together side by side, hands in the air, and voices chanting loudly to cheer on their favorite club.

“Being inside is indescribable," Vargas said. "Especially when you’re in the section of the supporter group.”

And yet, as he thinks back on the last MLS season, the picture has changed dramatically.

“I can’t believe I’m even smiling thinking about it because the emotion was the complete opposite," he recalled. "It's painful, right? I wanted to be there, but I can't."

For the first time in more than a decade, Vargas like thousands of other Galaxy supporters, did not get to see their team live and in person — the coronavirus pandemic forcing a supporter-less, abbreviated season.

However, despite not being able to attend games in person, Vargas never felt totally separated from the club.

In addition to about a dozen jerseys and other LA Galaxy memorabilia to keep him company, the club has made it a point to keep its community together digitally.

“Having these small opportunities to still be a part of it somehow is what makes the sport great and the whole entire Galaxy family," Vargas explained.

Over the last 12 months, he's taken part in purchasing fan cutouts, logging on to Zoom watch parties, and taking in a new virtual experience that the Galaxy hopes will connect and engage supporters in unique ways.

“It's hard and different," said the Galaxy's Vice President of Partnership Activation and Marketing Karen Goodheart, "But feeling like you’re in the stadium will just remind you of how exciting that will be when it happens.

And that feeling is specific to this new augmented reality tour launched in partnership with the LA Galaxy's longest standing partner, Herbalife Nutrition.

From the comfort of their own homes, fans will be able to use their smartphones to take an immersive trip back to Dignity Health Sports Park in Carson. From there, they will receive a behind the scenes look into a day in the life of a Galaxy player and a tour of the stadium.

To both Goodheart, and Humbi Calleja — Herbalife's Vice President of Sales, Events and Promotions — it was important to utilize the technology available to them to connect with the community in innovative ways.

“For fans or those who are not fans, they will have the opportunity to be inside the stadium, especially during this time," he said. "It’s a big deal."

"It’s not the same, but that family feel is still there," Goodheart echoed.

Judging by the look on Vargas' face during the entire tour experience, it almost seemed like he was back to his happy place.

“I’m actually getting almost chills feeling like I’m experiencing being on the field when I can’t even get to the stadium," Vargas said. "To me, this is awesome this was put together.”

To check it out for yourself, visit herbalifelagalaxyar.com and look out for the LA Galaxy when the MLS returns to action on April 17.